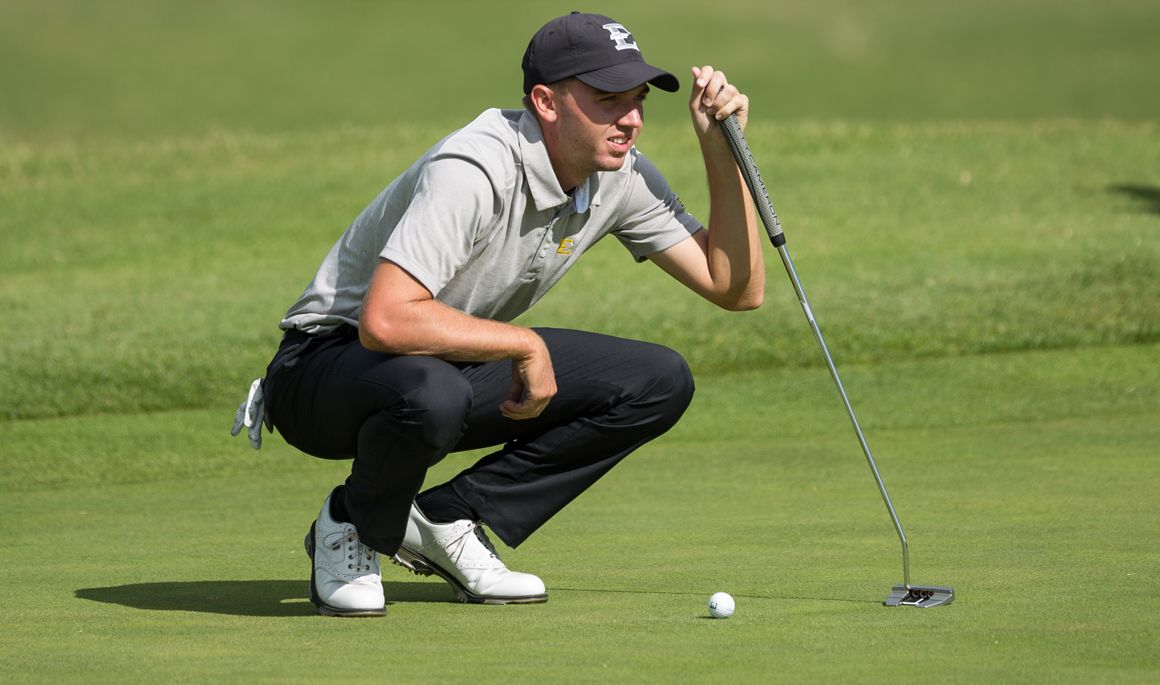 LAKE FOREST, Ill. (Sept. 15, 2019) – The ETSU Buccaneers Men’s Golf team will look to carry the strong start from the opening weekend into Lake Forest, Ill. when ETSU takes part in the Windon Memorial Classic hosted by Northwestern. The tournament will be played at Conway Farms.

About ETSU
This will be the second tournament of the young fall season for the Buccaneers. The Bucs are coming off a T-2 finish at the Carpet Capital Collegiate hosted by Georgia Tech in Rocky Face, Ga. from Sept. 6-8. ETSU stumbled in the first round with a 302 (+14), before rebounding with a 291 (+3) and a 288 (E) to climb up the leaderboard for the second-place finish.

The Bucs were led by Jack Rhea (Jonesborough, Tenn.) and Shiso Go (Kanagawa, Japan) who finished the tournament in a tie for 9th with identical scores of 217 (+1). Rhea posted the lowest round of the event for the Bucs with a final round 69 (-3), climbing 15 spots for his fourth career Top-10 finish. Go’s lowest round was a 70 (-2) in the second round that placed him in a tie for fourth heading into the final round of play. The Japan native carded his fifth collegiate Top-10 finish with a 74 (+2) in the final round.

Trevor Hulbert (Orlando, Fla.) and newcomer Archie Davies (Carlisle, England) finished in a tie for 31st for the Bucs. The duo posted a first round 78 (+6) before settling down in the second and third rounds. Hulbert ended the tournament with a 74 (+2) second round and a 72 (E) final round, while Davies concluded his first collegiate tournament with back-to-back 73’s (+1).

About the Tournament
The 54-hole event will feature 36 holes of play on Monday, with a shotgun start for round one beginning at 9:30 a.m. ET. The second round will immediately follow the conclusion of the opening round. The final round of play will be on Tuesday, Sept. 17 with tee times beginning at 9 a.m. ET.

Conway Farms Golf Club opened for play on Aug. 3, 1991 and is a Tom Fazio design, designed around the traditions of Scottish links golf. Conway Farms is a par-71, 7,233-yard track and has hosted three BMW Championships on the PGA Tour with the last coming in 2017.

Northwestern has hosted the event each of the 21 years that the tournament has been held, beginning in 1993. The lowest individual scores in tournament history came in 2008 and 2014 with a 63 (-8) carded by Colton Staggs of Tulsa and Jorge Campillo of Indiana. Northwestern has won its event five times, the most of any team participating in the history of the tournament.

This will be the third time that Conway Farms Golf Club has been the host site for the Windon Memorial.

Iowa State is the highest Golfweek ranking in the field at No. 25, with South Florida (No. 26) and Kansas (No. 28) not far behind.

ETSU’s Lineup
ETSU will use the lineup of 1) Jack Rhea; 2) Shiso Go; 3) Archie Davies; 4) Trevor Hulbert and 5) Samuel Espinosa for the event in Illinois.

The first round will start on Monday at 9:30 a.m. ET with a shotgun start throughout the course.