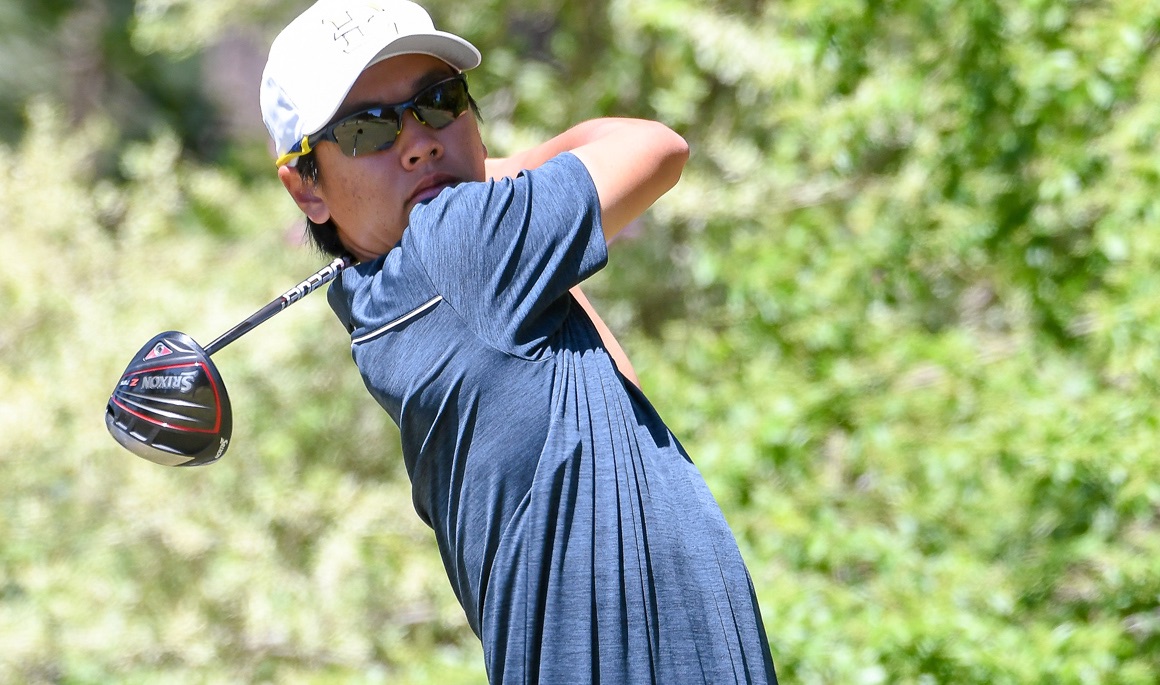 LAKE FOREST, Ill. (Sept. 16, 2019) – The ETSU Buccaneers Men’s Golf Team sits in the middle of the pack following day one of the Windon Memorial hosted by Northwestern in Lake Forest, Ill. The Bucs had a scorching 18 holes in round one, firing a 281 (-3) to sit in 2nd place. However, a tougher second 18-hole stretch saw the Bucs drop to 7th place following an 11-over-par 295 in the second round. ETSU played 36 holes in day one with a shotgun start at 9:30 a.m. ET followed by round two immediately after the conclusion of round one. Four different Buccaneers are tied for 23rd overall at 2-over-par 144.

The lowest round of the day for the Bucs came in the opening round as Shiso Go (Kanagawa, Japan) posted a 3-under-par 68, his lowest round of the season. Go carded the 68 with five birdies and just two bogeys. Go’s momentum came to a halt in the second round as the Japan native finished with a 5-over-par 76 with just one birdie on the round. Go sits in a tie for 23rd at 2-over-par heading into the final round of play.

The second-lowest round of the day for the Blue & Gold came via the freshman, Archie Davies (Carlisle, England) in the opening round with a 2-under-par 69, his first collegiate round below par. Davies started on hole 16 and recorded six consecutive pars before his first birdie on his seventh hole. The England native posted three birdies in a matter of five holes, carding a 3-under-par 32 on the front nine. A double bogey on hole 10 slowed the momentum, but Davies rebounded with a birdie on 12 to get back to -2. In the second round, Davies took care of business on the front nine, shooting an even-par 35 with two birdies and two bogeys. However, the ETSU freshman finished at 4-over-par on the back nine, pushing his total to 2-over-par for the tournament and in a tie with Go for 23rd.

Trevor Hulbert (Orlando, Fla.) and Jack Rhea (Jonesborough, Tenn.) sit tied with Go and Davies for 23rd at 2-over-par (144) following inversed rounds of one another. Rhea carded an opening-round, even-par 71 followed by a 2-over-par 73. Meanwhile, Hulbert finished at 2-over-par 73 in the first round, while posting a team-best even-par 71 in the second round.

Rhea’s first round began on hole 14 where he bogeyed two of the first three holes. However, the Tennessee native birdied holes 18 and 2 to get back to even par for the day. Another bogey on 4 and a birdie on hole 7 kept Rhea at even par in the opening round. The junior golfer posted three birdies in round two, but a 2-over-par (37) front nine pushed Rhea’s overall score at 144 (+2).

Hulbert carded a similar opening round score as Rhea’s second round with three birdies, three bogeys and a double bogey. The lone senior finished even-par 36 on the back nine, while posting a 2-over-par 37 on the front half. Hulbert maintained his 2-over-par status following the conclusion of his second round after entering the clubhouse with a 71 (E) in the final round of day one. Hulbert finished with two birdies and two bogeys on each of the nines in the final round of the day.

Notre Dame sits atop the leaderboard after a 10-under-par (558) opening day. The Irish were tied with the Bucs at 3-under-par heading into the second round but pulled away following a 7-under-par 277. Notre Dame’s 558 is the fourth-lowest 36-hole score in Windon Memorial history. Mississippi sits four strokes behind the Irish at 6-over-par, while South Florida is 4-under-par 564 to sit in third as the final team under par through day one. The 2018 Windon Memorial champion, Marquette, is sitting in 4th at 1-over-par 569, while the host Wildcats of Northwestern are sixth at 7-over-par 575.

The Bucs are ahead of the likes of UNLV (No. 27), Iowa State (No. 37) as well as Michigan and Purdue among others.

ETSU will be back in action for the final round beginning at 9 a.m. ET. Each player will start on hole one with nine-minute intervals between tee times as opposed to the shotgun start on day one.