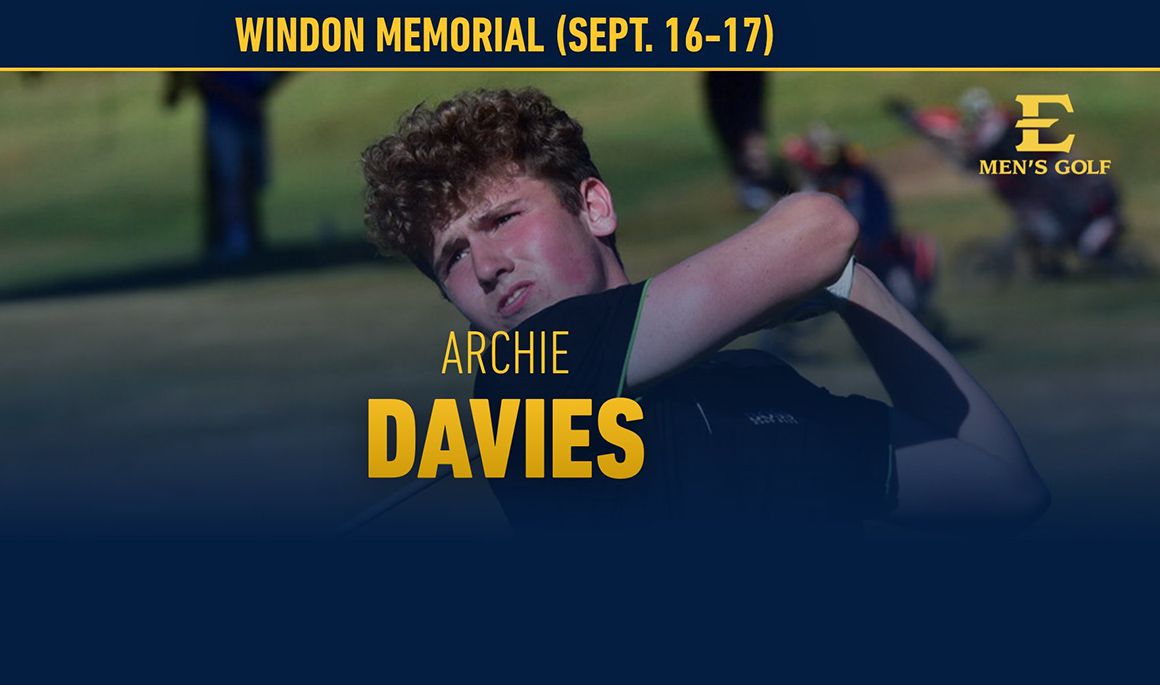 LAKE FOREST, Ill. (Sept. 17, 2019) – The ETSU Buccaneers Men’s Golf team concluded the Windon Memorial in Lake Forest, Ill. on Tuesday afternoon firing an even-par round of 284. The 284 in the final round kept the Bucs at 7th overall in the event and was tied for the third-lowest round of the day, allowing the Bucs to finish with a score of 860 (+8) for the tournament.

“It was a really tough field for us to come to, to come up north and play teams in their comfort zone,” stated head coach Jake Amos. “It was never going to be easy. We were only five shots out of finishing fourth and seven strokes from third. The team had a good start early on. However, in the second round we had about an 8-hole stretch where it seemed like everyone made a mistake. Not sure if it was fitness related or just mental mistakes. We didn’t finish well the second day and we got off to a bad start today. That said, I was really pleased with how everyone fought back and pulled the team forward. Only two teams beat us in the final round today and that was credit to our guys for fighting back. I was really happy for Archie, he played really well and he could have won the tournament if he had 4-5 holes back. He is finding out his identity really quick and learning what he can and cannot do.”

Freshman Archie Davies (Carlisle, England) paced the Bucs in the final round with his second 2-under-par round of 69 during the three-round event. Davies began the day in a tie for 23rd and jumped 10 spots to a tie for 13th, his first Top 20 finish of his collegiate career. The England native dropped a shot on the second hole, but responded with consecutive birdies on hole 8 and 9 to make the turn at 1-under-par (34). Davies reached as low as 3-under-par with a birdie on 12 and 15, before capping off the event with a bogey on 18 to conclude with a 69 (-2). Davies finished his second collegiate tournament at even-par 213 following two rounds of 69 and one of 75 (+4).

Jack Rhea (Jonesborough, Tenn.) posted the second-best finish of the day and for the tournament for the Blue & Gold. In the final round, Rhea carded an even-par 71, jumping two spots to a tie for 21st. Rhea made the turn in the final round at 1-over-par 36, later dropping to (+2) with a bogey on 13. However, the Tennessee junior rebounded with a birdie on 14 and 18 to pull back to even par for the day and 2-over-par 215 for the tournament. Rhea posted the fifth-best par-5 scoring with an average of 4.56 and tied for 16th in the field in total pars with 35.

Shiso Go (Kanagawa, Japan) and Trevor Hulbert (Orlando, Fla.) carded identical rounds of 1-over-par 72 after finishing 3-over-par (38) on the front nine and 2-under-par (34) on the back nine. Go and Hulbert’s back-nine performances were the strongest for the Bucs in the final day. In the opening nine, Go put together two birdies and five bogeys, while Hulbert finished with three bogeys and six pars to make the turn at 5-over-par overall for the tournament. However, strong displays on the back nine featuring three birdies and one bogey apiece, brought the duo back to 3-over-par (216) overall for the tournament. Go and Hulbert began the day in a tie for 23rd and dropped just one spot in the closing round, finishing T-24.

Notre Dame claimed the tournament with a 10-under-par performance (842), finishing even-par (284) in the final round. Notre Dame’s 842 is the fifth-lowest 54-hole score in Windon Memorial history, giving Notre Dame its first-ever triumph in the tournament. Mississippi dropped a stroke to Notre Dame, finishing 5-under-par 847 for second place, while South Florida yielded five strokes to finish 1-over-par 853. The 2018 Windon Memorial champion, Marquette, finished T-4 with a score of (+3) 855, while host Northwestern was edged by ETSU at 10-over-par (862).

Marquette’s Hunter Eichhorn carried a six-stroke lead heading into the final round after an 11-under-par opening day. However, Eichhorn struggled down the stretch and dropped five strokes, allowing South Florida’s Albin Bergstrom to jump up three spots into a tie for first overall with Eichhorn. Notre Dame’s Hunter Ostrom finished even-par (71) for the day, staying put at No. 3 in the field with a final of 5-under-par (208).

The Bucs finished ahead of host Northwestern, Iowa State (No. 37) as well as Michigan and Purdue among others.

“I think this is a really good start to the season for the guys. We have learned a lot in the two tournaments. The thing we need most is rest and to take days off. We will have a little mini preseason going into the Bank of Tennessee. We will take 4-5 days off and get rested and then back at it after that. We need to learn what we did well and learn what we could do better. We don’t have any goals or expectations for our tournament in October, I just want us to be rested and play to the best of our ability.”

The Bucs will be back in action on Oct. 11-13 when ETSU hosts the Bank of Tennessee Intercollegiate in Johnson City, Tenn. The tournament will be played at Blackthorn Club at the Ridges as ETSU aims to defend its home turf and the 2018 Bank of Tennessee title, the first in program history.