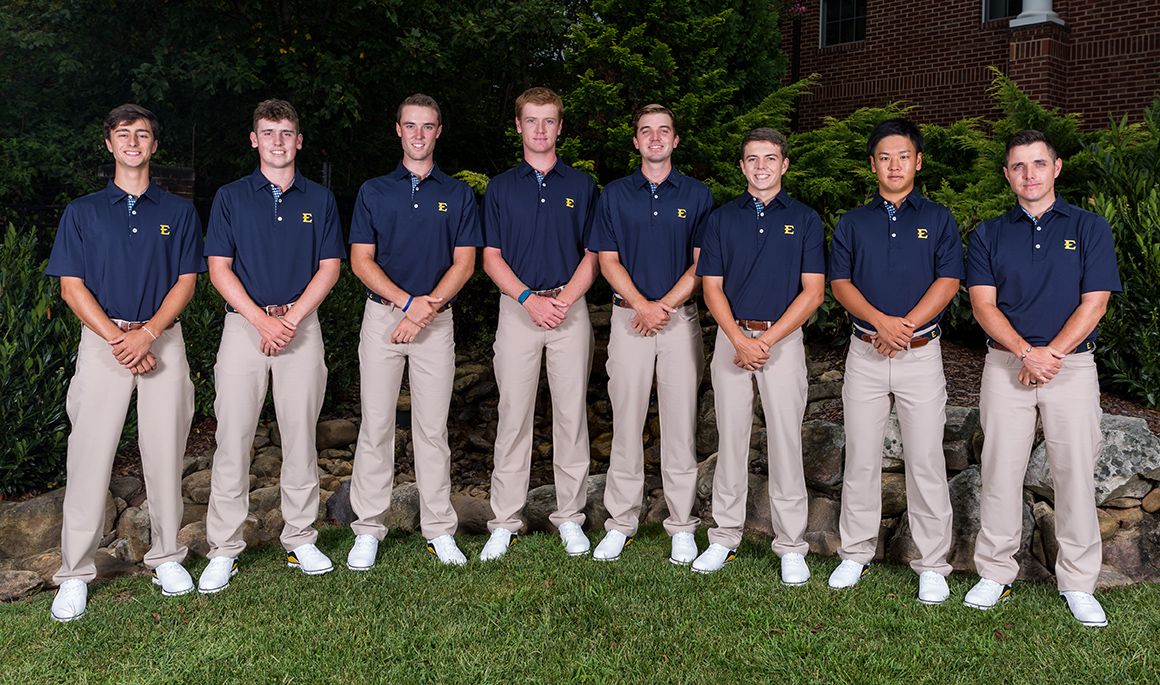 ETSU to square off with NCAA’s best programs

ALPHARETTA, Ga. (Oct. 17, 2019) – The ETSU Buccaneers Men’s Golf team will compete in the 2019 Golf Club of Georgia Collegiate from Friday – Sunday, hosted by the NCAA’s top-ranked team in Georgia Tech. The tournament will be played at the Golf Club of Georgia (Lakeside Course) in Alpharetta, Ga.

About ETSU
This will be the 14th consecutive year that the Bucs have competed in this prestigious tournament that features some of the NCAA’s best teams across the country. The Bucs’ best finish in the Golf Club of Georgia Collegiate was a 7th-place finish in 2007. Since that year, ETSU has not cracked the Top 10 in the team leaderboard at the tournament.

Jack Rhea (Jonesborough, Tenn.) looks to help the Bucs in changing their fate as the junior from Tennessee is fresh off his first-ever individual championship this past weekend, fending off the field to claim the 2019 Individual Championship at the Bank of Tennessee Intercollegiate, ETSU’s home tournament. Rhea carded a 15-under-par 201, including a tournament-best and career-best 9-under-par 63 in the second round. Rhea aided the Bucs in a second-place finish, falling to Louisville by just five strokes.

Shiso Go (Kanagawa, Japan) finished the tournament with a Top 10 finish, placing eighth in the field with a 9-under-par 207 for his second Top 10 finish of the season. Finishing two strokes behind Go was fellow teammate and freshman, Archie Davies (Carlisle, England). The England native finished the tournament at 7-under-par 207, posting a career-best 7-under-par 65 in the second round as he went bogey free during the second round. Davies finished inside the Top 10 for the first time in his collegiate career. Trevor Hulbert (Orlando, Fla.) carded the final score for ETSU, finishing in a tie for 45th with a 2-over-par 218.

About the Tournament
The 54-hole event will get under way on Friday at 9 a.m. with teams teeing off on holes 1 and 10. Saturday and Sunday’s rounds will follow the same format, with tee times to be released following the conclusion of the preceding round.

The Golf Club of Georgia is an Arthur Hills design as is Blackthorn Club at the Ridges (ETSU’s home course). and is nestled in the quiet neighborhood of The Ridges in Jonesborough, Tenn. The Lakeside Course has hosted the event every year since its inception in 2006 and measures 7,017 yards and is a par-72.

Only four teams have repeated as champions at the tournament, including host Georgia Tech who won in 2010 and 2012, led by current PGA professional Ollie Schniederjans.

This is the 14th year of the tournament as Southern California claimed both the team championship in 2018 (-22) and the individual honor with Justin Suh carding a 14-under-par (202).

The Field
The Bucs enter the tournament with a ranking of No. 27 according to Golfstat and are the eighth-highest ranked team making an appearance in the tournament.

The field also features 44 golfers listed inside the Top 250, including three inside the Top 10. Stanford’s David Snyder enters the tournament as the highest ranked golfer in the latest Golfstat polls, falling in at No. 4. Duke’s Adrian Pendaries (No. 5) and Wake Forest’s Eugenio Chacarra (No. 8) are not far behind. Georgia Tech’s highest ranked golfer is Luke Schniederjans (brother of Ollie), sitting in 31st in the Golfstat rankings.

The first round for ETSU will start on Friday on hole 10 at 10:26 a.m. ET with each player teeing off in 11-minute increments.