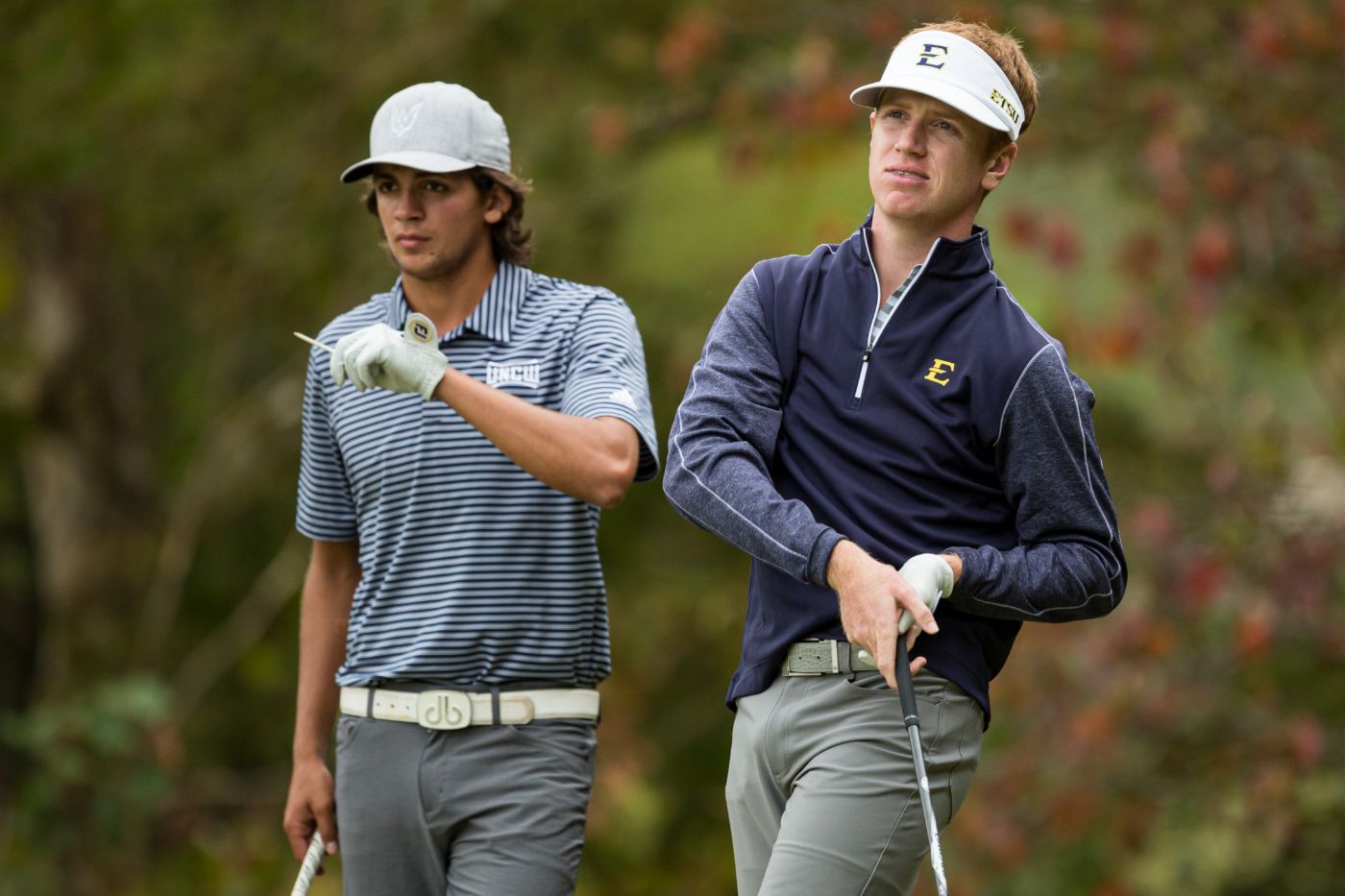 ALPHARETTA, Ga. (Oct. 18, 2019) – The ETSU Buccaneers Men’s Golf squad finds themselves sitting in 10th place after a 3-over-par 291 in the opening round of the 2019 Golf Club of Georgia Collegiate. The tournament is being played at the Golf Club of Georgia (Lakeside Course) in Alpharetta, Ga.

Jack Rhea (Jonesborough, Tenn.) carded the low round of the day for ETSU, finishing with a 1-under-par 71 to sit in a tie for 16th. The Tennessee native, fresh off his first collegiate individual win, started the tournament off with a pair of birdies in the opening six holes of play (teeing off on hole 10 to open his round). A rare miscue on the par-3 17th hole resulted in a bogey for Rhea, dropping a shot and turning to the back nine at 1-under-par. The ETSU junior parred the first three holes on the back side, before a bogey on the par-4 4th hole dropped Rhea to even par for the day. Rhea regained his composure and played the final five holes at 1-under-par, picking up a birdie on hole No. 8, Rhea’s 17th hole of the day.

Shiso Go (Kanagawa, Japan) and Archie Davies (Carlisle, England) finished their opening rounds at even-par 72. Davies kicked off his tournament with three straight pars before a bogey on his fourth hole of the day. Davies then birdied No. 15, his sixth hole of the day, to jump back to even par. After making the turn with a 36 on the front side, Davies birdied hole No. 1 to move into red figures for the first time in the tournament. However, a bogey on No. 2 pushed his score back to even par. Davies would go on to trade a birdie with a bogey on hole No. 5 and No. 6, finishing with an even-par 72 opening round.

Go started his round off with a rough stretch, picking up three bogeys in the first six holes to fall to 3-over-par. However, the experienced golfer slowed the cold stretch down with a birdie on No. 18 to make the turn at 2-over-par. Go’s birdie sparked a string of five consecutive birdies as the Japan native moved to 2-under-par following birdies on holes No. 1-4 to start the back nine. However, Go relinquished three of those four strokes on holes No. 6 and No. 7 with a bogey and double bogey, falling back to 1-over-par. The ETSU junior ended his round on a positive note with a birdie on his final hole to improve to even-par for the tournament.

Trevor Hulbert (Orlando, Fla.) was the final golfer to count for the Bucs, carding a 4-over-par 76 in his opening round. Hulbert dropped a shot on hole No. 13 before back-to-back birdies on No. 14 and No. 15 moved his score into red numbers. Hulbert had to settle for a triple bogey on the par-3 17th hole, turning into the back nine at 2-over-par 38. The Florida native played the back nine at 2-over-par 38 with a bogey on No. 6 and No. 8 to conclude his opening round.

Pepperdine, ranked No. 9 in the Golfstat standings, jumped out ahead of the field with a first-round 12-under-par 276. The Waves have distanced themselves from the field as 34th-ranked Stanford sits in second at 5-under-par 283, followed by 10th-ranked Duke at 4-under-par 284. Host Georgia Tech is just one stroke ahead of the Bucs for the opening round.

Stanford’s David Snyder is tied atop the leaderboard with Southern California’s Yuxin Lin and Texas A&M’s William Paysse. The trio carded a 5-under-par 67 in the opening round. Snyder is the highest-ranked player in the field, entering the tournament at No. 4 in the latest Golfstat rankings. Pepperdine’s Joshua McCarthy and Joe Highsmith are tied with Wake Forest’s Mark Power at 4-under-par, just one stroke behind the leaders.

The Bucs will tee off in round two tomorrow at 9:31 with Austin Carter starting ETSU off on hole 10. There is weather scheduled to make its way into Alpharetta, so please stay tuned to Twitter for updates throughout the day.