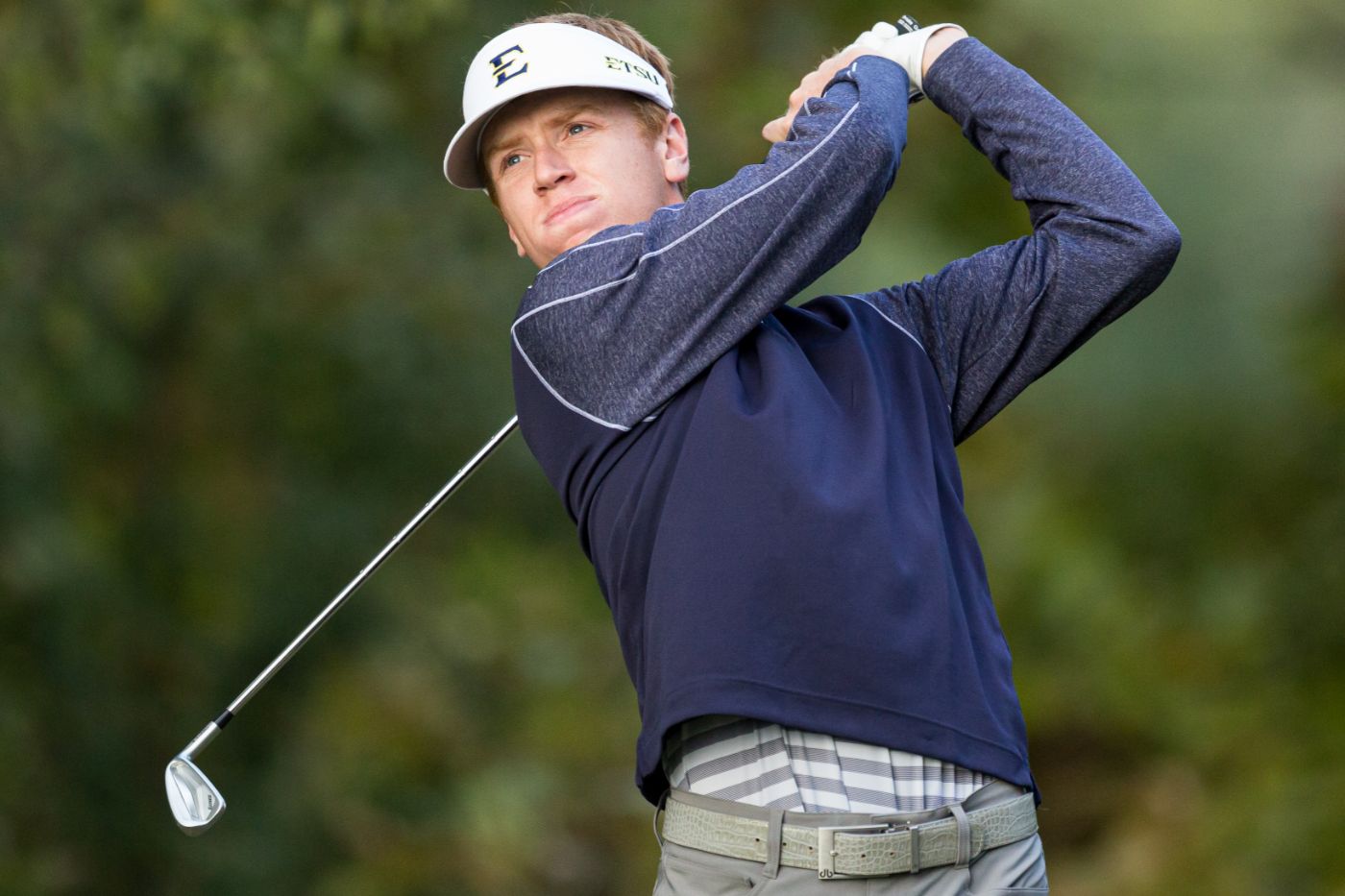 Rhea earned his second straight weekly honor after tying for 15th at the Golf Club of Georgia Collegiate, which included 12 teams ranked in the top 30 nationally and 21 individuals in the top 100. Rhea’s Top 15 finish was the best finish for the ETSU junior when playing in the Golf Club of Georgia Collegiate. Rhea’s finish in the prestigious event enabled the Buccaneer junior to jump 11 spots into 35th nationally according to the most recent Golfstat rankings.

A junior from Jonesborough, Tenn., Rhea shot 1-over-par 217 for the tournament, opening with a 1-under 71 on Friday before posting consecutive 73s on Saturday and Sunday. Saturday’s round was played in a steady rain and with wind gusts up to 23 miles per hour as no squad was able to turn in a team score under par on the day.

Rhea, previously ranked 46th nationally, finished ahead of 13 top-100 players, including four in the top 20.

As a team, the Bucs finished 12th in the 14-team field, just nine strokes behind top-ranked Georgia Tech. No. 10 Duke won the tournament.