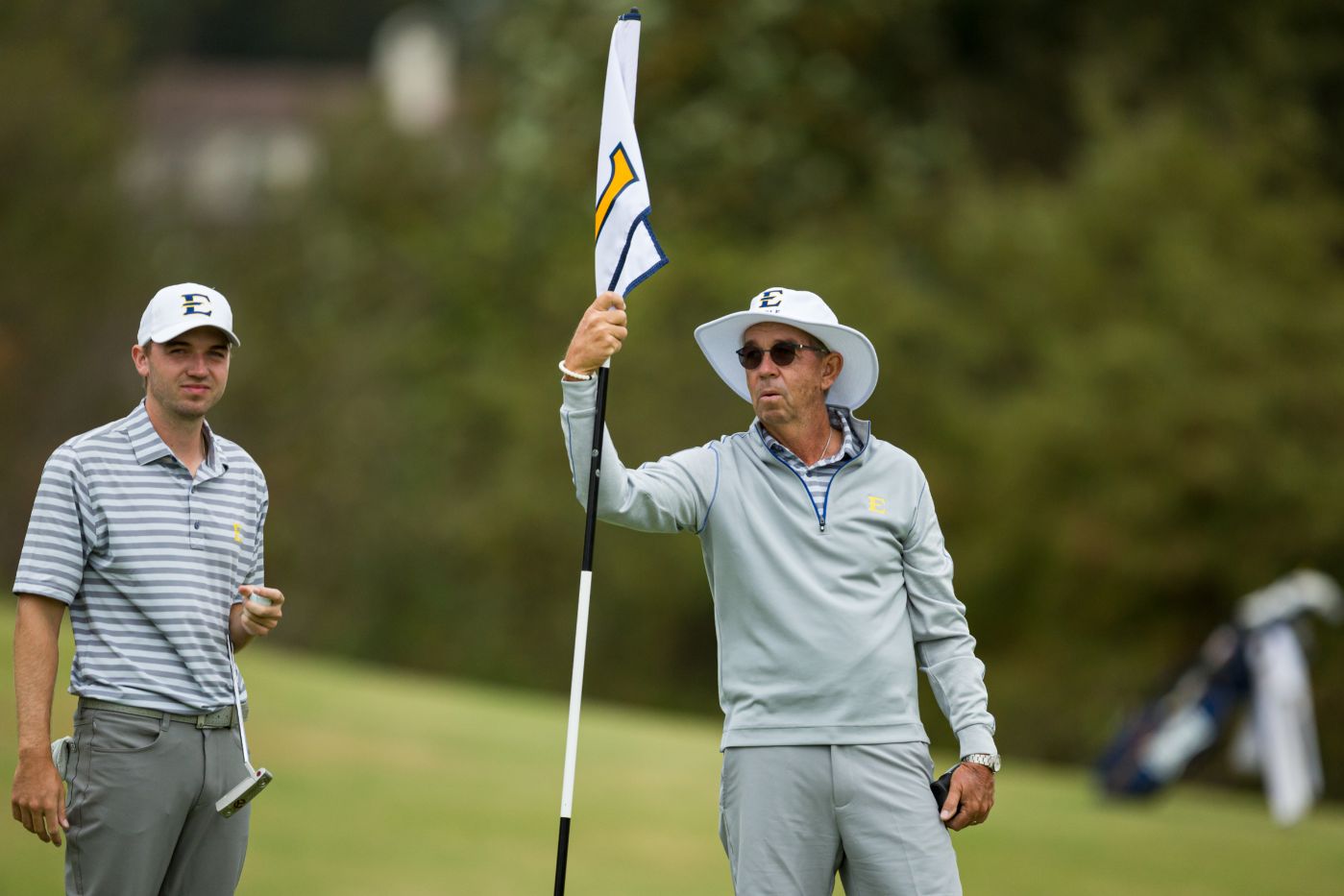 O’AHU ISLAND, Hawaii (Oct. 27, 2019) – The ETSU Buccaneers men’s golf team will wrap up fall competition beginning on Monday, Oct. 28 with a three-day event in Hawaii. The Bucs will compete in the Hoakalei CC Collegiate Invitational from Oct. 28-30, playing at Hoakalei Country Club on O’ahu Island, Hawaii.

About ETSU
The Bucs will be competing in their fifth fall tournament of the season, wrapping up the fall schedule in Hawaii. Most recently, ETSU finished 12th of 14 teams at the Golf Club of Georgia Collegiate in Alpharetta, Ga. on Oct. 18-20. The Bucs have posted two runner-up finishes in their first four tournaments and are looking to cross the threshold into the win column in the inaugural Hoakalei CC Collegiate Invitational.

Jack Rhea (Jonesborough, Tenn.) has anchored the Bucs this season, claiming a pair of Southern Conference Men’s Golfer of the Week awards. Most recently, Rhea finished tied for 15th at the Golf Club of Georgia Collegiate with a score of 1-over-par 217. Rhea’s finish earned him the SoCon weekly honor for the second consecutive week. Prior to his appearance in Georgia, Rhea claimed the individual championship at ETSU’s home event, the Bank of Tennessee Intercollegiate. The win was Rhea’s first of his career as he posted a score of 15-under-par 201. The Tennessee native has finished inside the Top 20 in three of the first four tournaments, while also placing 21st in the Windon Memorial. Rhea will enter the weekend with a ranking of 35 in the latest Golfstat polls.

Archie Davies (Carlisle, England) and Shiso Go (Kanagawa, Japan) have provided the Bucs with a strong fall campaign. Davies, the English freshman, has posted a pair of Top 20 finishes this season and ranks 110 in the latest Golfstat standings. Davies’ lowest round and best tournament finish came at the Bank of Tennessee Intercollegiate where he carded a bogey-free 7-under-par 65 en route to a Top 10 finish. Go enters the final fall tournament ranked No. 133 after a tough outing at the Golf Club of Georgia Collegiate. However, the Japan native is capable of strong finishes, posting a pair of Top 10 results in four events this fall. Go finished T-8 in the ETSU home event, and posted a T-9 finish in the season opener at the Carpet Capital Collegiate in Georgia.

Trevor Hulbert (Orlando, Fla.) has been steady in the four spot for the Bucs this season, posting his best finish in the Windon Memorial with a T-24 result. Hulbert’s low round of the fall was in the second round of the Windon with a 1-under-par 71.

Austin Carter (Kingsport, Tenn.) is making his third consecutive tournament appearance for ETSU. Carter finished tied for 66th in the Golf Club of Georgia Collegiate just last weekend. The Tennessee native’s lowest round of the season was an opening-round 72 in the Bank of Tennessee Intercollegiate.

The Bucs enter the tournament ranked 32nd as a team according to the most recent Golfstat ranking which was released on Oct. 23.

About the Tournament
This will be the inaugural opening of the Hoakalei CC Collegiate Invitational hosted by Hawaii. The 54-hole event will get under way on Monday with a shotgun start beginning at 2 p.m. (ET). Rounds two and three will also have shotgun starts of 2 p.m. (ET).

Hoakalei Country Club is designed by “The Big Easy” himself, Ernie Els. The golf course provides a challenge to most skilled golfers, while also catering to the standard recreational golfer. From the champions tees, the course measures 7,444 yards and is a par-72.

There are 112 strategically placed bunkers throughout the course, resulting in risk-reward shots for skilled golfers. The hole layout has been configured in conjunction with the trade wins, meaning Hoakalei is the type of golf course that could play different from day to day.

Ernie Els also designed Hoakalei around nine different water features, providing a beautiful but challenging course with 13 of the 18 holes featuring water that comes into play.

The Field
The tournament will feature a 20-team field, ranging from East Coast teams to West Coast competitors. There are seven teams found inside the Top 100 in the Golfstat rankings. The Bucs are second-highest ranked team, only behind Louisville who enters the tournament at No. 10.

The Bucs will see the likes of Louisville, winners of the 2019 Bank of Tennessee Intercollegiate, as well as two other teams that played in ETSU’s tournament: Ole Miss (No. 41) and Missouri (No. 72).

There are 21 individuals ranked inside the Top 250 in the latest Golfstat standings. The highest ranked individual competing in the tournament is Louisville’s John Murphy (No. 19), followed by Marquette’s Hunter Eichhorn (No. 33) and ETSU’s Jack Rhea (No. 35).

The Bucs will tee off starting on holes 7-9 with a shotgun start of 2 p.m. (ET). The Bucs will play alongside Missouri-Kansas City (UMKC), Loyola Marymount and Army West Point.