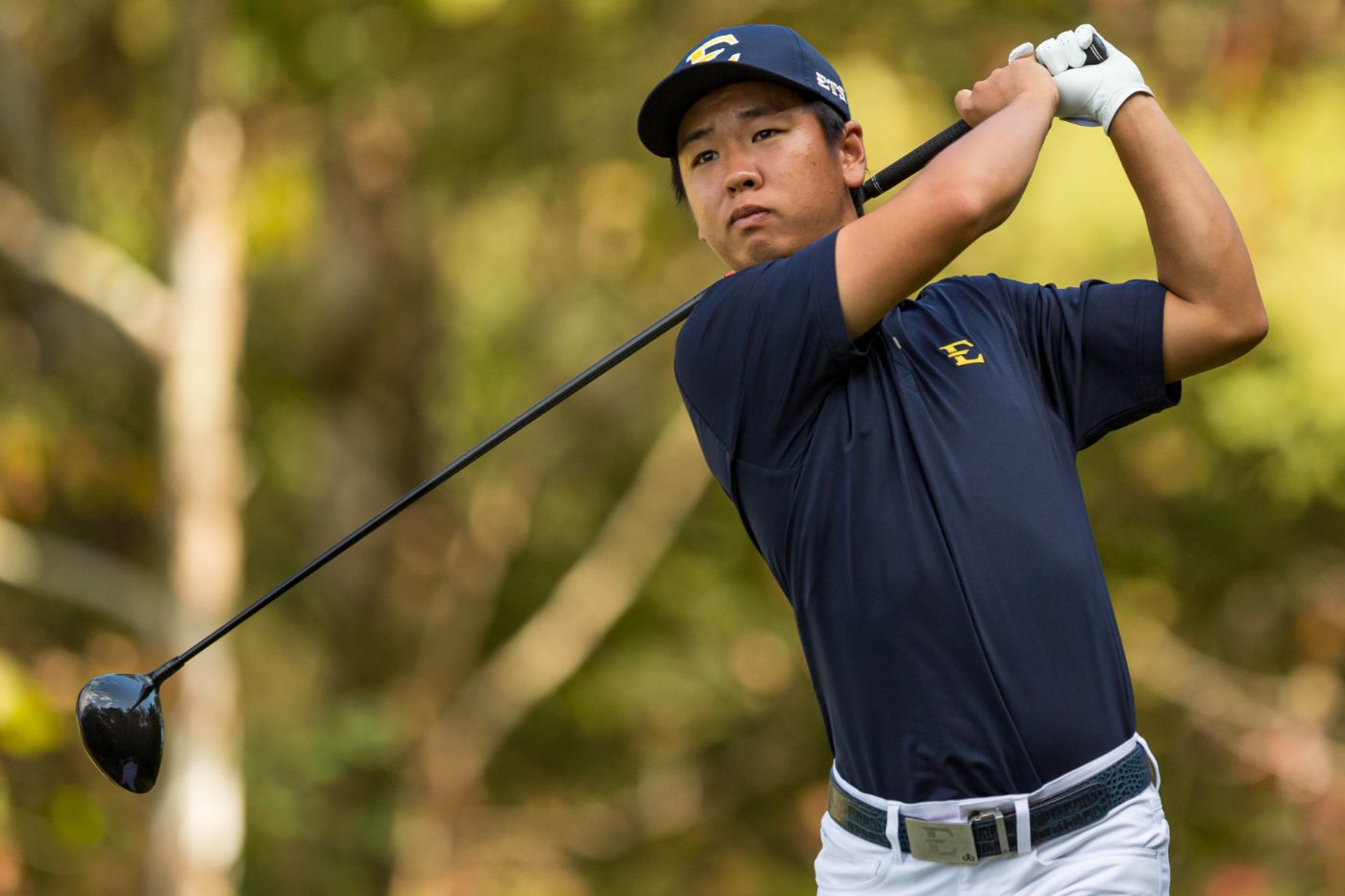 Bucs Go Low in Opening Round in Hawaii
Related Links

O’AHU ISLAND, Hawaii. (Oct. 28, 2019) – The inaugural Hoakalei CC Collegiate Invitational started off on a positive note for the Bucs as ETSU carded a 12-under-par 276 to sit second on the leaderboard at Hoakalei Country Club in O’ahu Island, Hawaii. The 276 for ETSU is the second time that the Bucs have broken the 280 mark on the season as ETSU fired a 269 in the second round of the Bank of Tennessee Intercollegiate.

Archie Davies (Carlisle, England) and Shiso Go (Kanagawa, Japan) led the charge for the Bucs with a pair of 6-under-par 66 rounds. Go finished bogey free in the opening round, starting his tournament on the eighth hole. The Japan native only needed two holes to record his first of six birdies, doing so on hole No. 9. Go started the back nine with four consecutive pars before logging a birdie on the par-4 14th hole to move to 2-under-par. The ETSU junior birdied the 18th hole which sparked a string of four birdies in five holes. Following Go’s birdie on No. 18, the Japan competitor carded birdies on No. 1 and No. 2 to move to 5-under-par. After a par on the third hole, Go capitalized on his final birdie of the round with a three on the par-4 fourth hole to move to 6-under-par for the event.

Davies began his participation in the tournament with three consecutive birdies from holes No. 7-9 before a par on No. 10 halted the streak. The England native responded with a birdie on hole 11 to move to 4-under-par through the first five holes. Davies picked up his first bogey on the 13th hole but retaliated with yet another birdie to move back to 4-under-par. The ETSU freshman birdied the par-4 16th hole to move to 5-under-par, making the turn following a 2-under-par 34 back nine. Davies finished 1-under-par in the final six holes with two birdies and one bogey on the 6th hole, his final hole of the opening round. Davies’ bogey dropped him into a tie for second place with Go, one stroke behind Charlie Miller of Ole Miss. Davies currently leads the field in overall birdies (8) and par-4 scoring, averaging 3.4 strokes per hole.

Jack Rhea (Jonesborough, Tenn.) carded the third-lowest score for the Bucs in the opening round with a 1-under-par 71. Rhea began the tournament with a bogey on the seventh hole before rebounding with a birdie three holes later. The Tennessee native recorded a birdie on No. 13 and No. 15, finishing 3-under-par on the back nine of Hoakalei Country Club. Rhea made the turn at 2-under-par overall for the event, before advancing to 3-under-par with a birdie on the par-5 second hole. Rhea concluded his opening round with a double bogey in the final four holes, falling to 1-under-par overall.

The final score to count for the Bucs in the first round came from Austin Carter (Kingsport, Tenn.) logging a 1-over-par 73. Carter turned in a strong back-nine performance with a 2-under-par 34, featuring three birdies and one bogey. The Tennessee native reached 3-under-par twice on the front nine before setbacks on holes No. 3 and No. 5 kept the junior at 2-under-par. Carter stumbled in the final two holes, finishing 3-over-par with a double bogey and bogey, falling to 1-over-par for the opening round.

Ole Miss, ranked No. 41 in the latest Golfstat rankings, leads the field after an 18-under-par opening round. The Rebels are six strokes ahead of the Bucs, who rank 32nd in the Golfstat standings. Cal State Fullerton rounds out the top three on the leaderboard with a 5-under-par 283 in the opening round. Louisville, ranked No. 10 according to Golfstat, entered the tournament as the highest-ranked team in the field and are currently tied for fifth at 3-under-par 285. Host Hawaii sits in 20th following an 18-over-par 306 in the first round, the only team to fail to break 300.

Charlie Miller of Ole Miss leads the individual standings following his 7-under-par 65 performance, tying Davies for the most birdies in the opening round with eight. Davies and Go are tied for second at 6-under-par 66 two strokes ahead of Sarut Vongchaisit (Ole Miss), Donald Kay (San Diego) and Veeti Mahonen (Ole Miss).