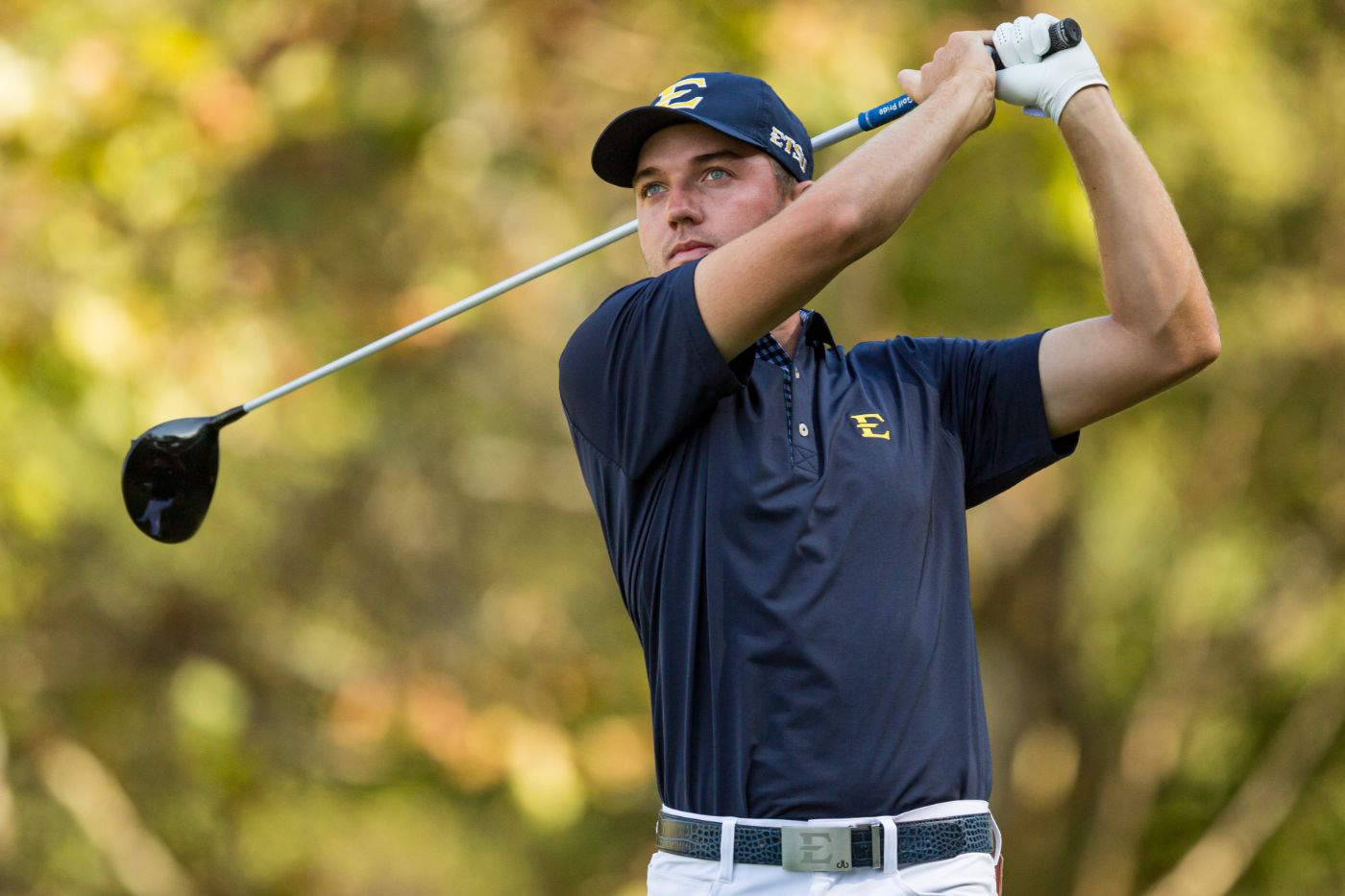 ETSU Atop the Leaderboard after Day Two
Related Links

O’AHU ISLAND, Hawaii. (Oct. 29, 2019) – The ETSU Buccaneers men’s golf team shook off a slow start to climb one spot to the top of the leaderboard following a 2-under-par 286 round on Tuesday afternoon. The Bucs began the day six shots back of Ole Miss and are now tied with Louisville at 14-under-par overall. The Cardinals and Bucs had a wire finish in the 2019 Bank of Tennessee Intercollegiate in which Louisville walked away victories, defeating ETSU by five strokes.

Shiso Go (Kanagawa, Japan) paced the Bucs in the second round of the Hoakalei CC Collegiate Invitational, carding a 2-under-par 70. Go began his round on hole one, logging consecutive pars before a bogey on the par-3 third hole. The Japan native regained the stroke with a birdie on the following hole and later dropped another birdie on the ninth hole to turn to the back nine at 1-under-par. Go’s birdie on No. 9 sparked a bit of momentum for the Japan native as he registered back-to-back birdies on No. 10 and No. 11 to move to 3-under-par for the day. Go’s bogey on the par-5 13th hole dropped his score back to 2-under-par before finishing the round with five consecutive pars. Go advanced two spots on the leaderboard and is currently tied for first place overall at 8-under-par alongside San Diego’s Harrison Kingsley.

Archie Davies (Carlisle, England) posted another round under par with a 1-under-par 71. Davies, also beginning on hole No. 1, began his round with two consecutive pars before posting a birdie on the par-3 third hole. Davies dropped a shot two holes later to fall to even par, a score that would remain until the 12th hole. The England native rolled in another birdie putt on the par-3 12th hole to crawl back into red figures. The ETSU freshman carded six consecutive pars to conclude his round at 1-under-par. Davies is now tied for third overall in the field with a score of 7-under-par.

Trevor Hulbert (Orlando, Fla.) tied his season-low round of 71 (-1) with three birdies and two bogeys on the day. Hulbert began his day on hole No. 3 with a bogey on the par-3. After six consecutive pars, the lone ETSU senior capitalized on back-to-back birdies on No. 10 and No. 11 to improve to 1-under-par for the day. Hulbert went on a streak of four consecutive pars before another birdie on No. 16 lowered his score to 2-under-par for the day and leveled his overall score at even-par for the tournament. However, Hulbert finished 1-over-par on the final four holes with a bogey on No. 18, dropping to 1-under-par (71) on the day and 1-over-par (145) for the tournament. Hulbert’s below-par round enabled the Florida native to jump 22 spots up the leaderboard into a tie for 40th.

Jack Rhea (Jonesborough, Tenn.) was the final score to count for the Bucs, posting a 2-over-par second round. The Tennessee native began with a bogey and double bogey in the first three holes, quickly falling to 3-over-par. Rhea finally got on board with a birdie on the par-3 sixth hole, but relinquished the stroke gained with a bogey on No. 7. After playing the next three holes at even par, Rhea gained momentum by going 3-under-par in the next six holes to draw to even-par for the day. Rhea’s momentum was quickly halted by a double-bogey on the par-5 18th hole, dropping the junior to 2-over-par for the day. Rhea is currently tied alongside Hulbert at 1-over-par (145) for the tournament.

The Bucs are tied atop the leaderboard alongside 10th-ranked Louisville who fired a field-best 11-under-par 277 today. The two teams are two strokes ahead of Ole Miss who began the day at 18-under-par. The Rebels struggled with a 6-over-par 294 round to drop into third place.

ETSU’s Go is tied atop the individual leaderboard alongside San Diego’s Harrison Kingsley who fired a 5-under-par 67 to jump six spots up the leaderboard. A trio of competitors sit one stroke behind the lead, including Davies of ETSU. The England freshman is tied with Louisville’s Devin Morley who recorded a 4-under-par round and Missouri’s Ross Steelman who finished 5-under-par for the day.