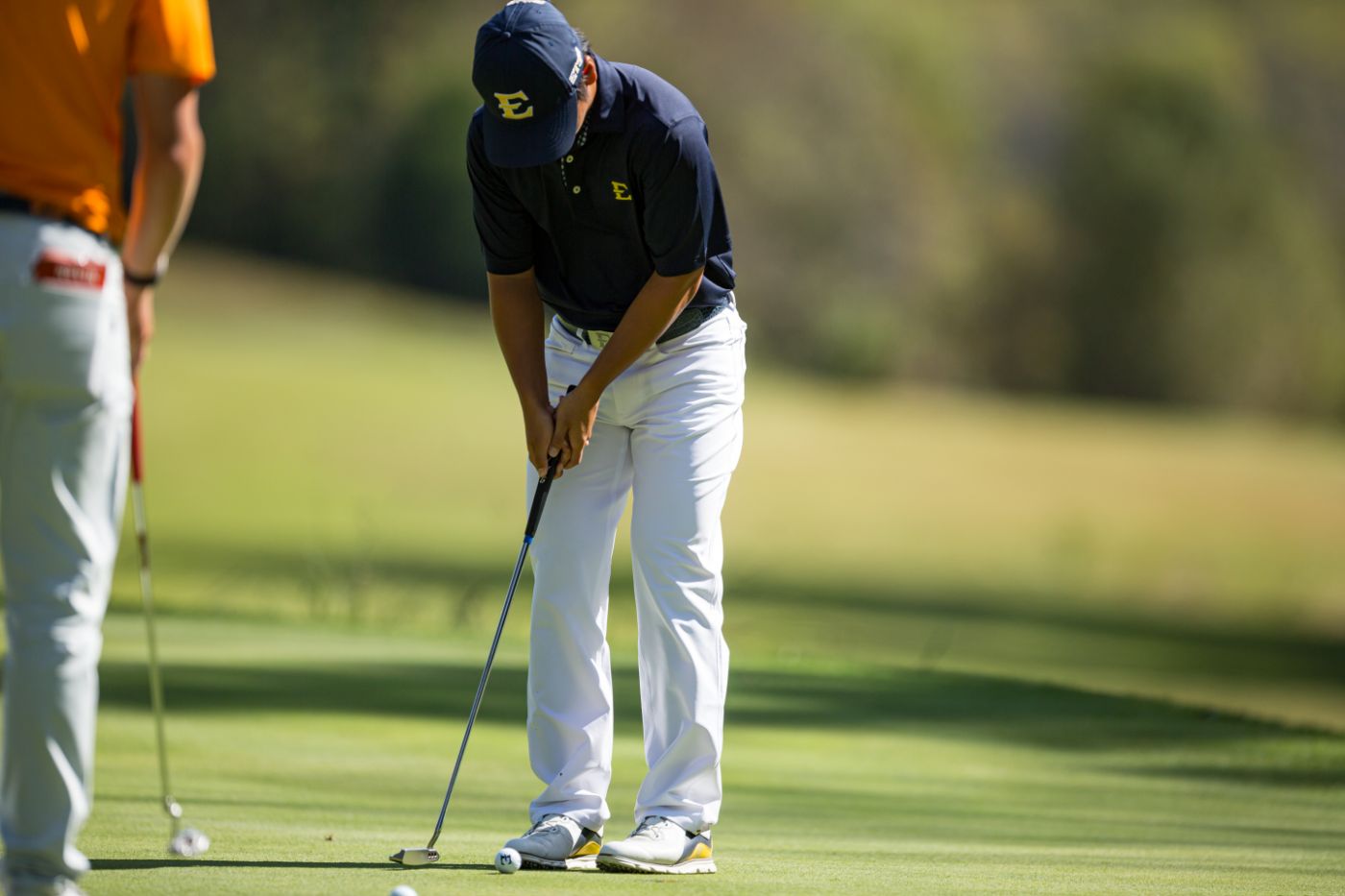 Go’s honor as SoCon Men’s Golfer of the Week marks the third consecutive week that an ETSU golfer has taken home the award. Go is currently tied for first out of 114 golfers at the Hoakalei CC Invitational at Hoakalei Country Club in Ewa Beach, Hawaii with one round to play. Go has led the Bucs to a share of the team lead after two rounds, as well.

The junior from Kanagawa, Japan, sits at 8-under-par 136 and is tied atop the leaderboard with No. 38 Harrison Kingsley of San Diego, who is one of eight players in the field ranked in the top 100 nationally. Go opened his tournament with a bogey-free 6-under 66 on Monday to sit in a tie for second place before moving up a spot with a 2-under 70 Tuesday.

Go will look to complete his third top-10 finish of the season and the seventh of his career when the tournament concludes Wednesday. Go is vying for his second collegiate tournament victory, claiming the 2018 SoCon Individual Championship.

As a team, ETSU has turned in a collective 14-under 562 through the first two rounds, including a 12-under 276 in the first round. The Bucs, ranked No. 32 nationally, are tied with No. 10 Louisville and are two strokes ahead of No. 41 Ole Miss in the 20-team field.

Go is a business major and currently holds a 3.874 grade point average.

Go and the Bucs are currently underway in the final round of the Hoakalei CC Collegiate Invitational.