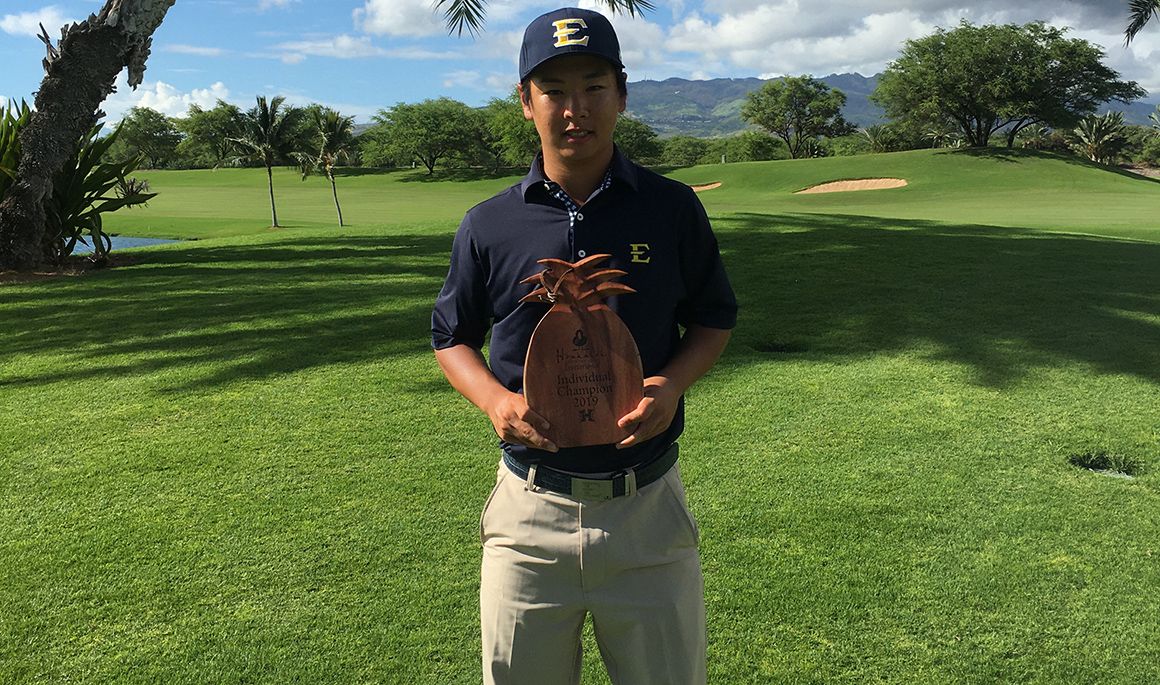 Go Repeats as SoCon Men’s Golfer of the Week

SPARTANBURG, S.C. (Nov. 6, 2019) – Despite the fall season coming to a conclusion on Oct. 30, ETSU junior golfer Shiso Go (Kanagawa, Japan) laid claim to a second consecutive weekly award. Go was tabbed as the Southern Conference Men’s Golfer of the Week for the second consecutive week, marking the fourth straight week that the Bucs have garnered the honor.

Go played just one round on the week but it was a big one, as he turned in a 6-under-par 66 to cement a win at the Hoakalei CC Invitational at Hoakalei Country Club in Ewa Beach, Hawaii. Go finished the three-day tournament, whose first two rounds were on Oct. 28-29, with a 14-under-par 202 to claim a five-stroke win in the 113-golfer field.

The Japan junior completed his third top-10 finish of the season and the seventh of his career. Go, who won the 2019 SoCon Men’s Golf Championship, earned his second collegiate tournament victory with the win at Hoakalei.

As a team, ETSU went 15-under-par on the final day of the tournament to finish at 29-under-par 835, topping the 20-team field. Ranked No. 32 at the time, the Bucs finished nine strokes ahead of No. 41 Ole Miss and 10 strokes clear of No. 10 Louisville, who were second and third, respectively.

The Bucs will return to open spring play at the Seminole Intercollegiate in Tallahassee, Fla., on Feb. 22-23, 2020.