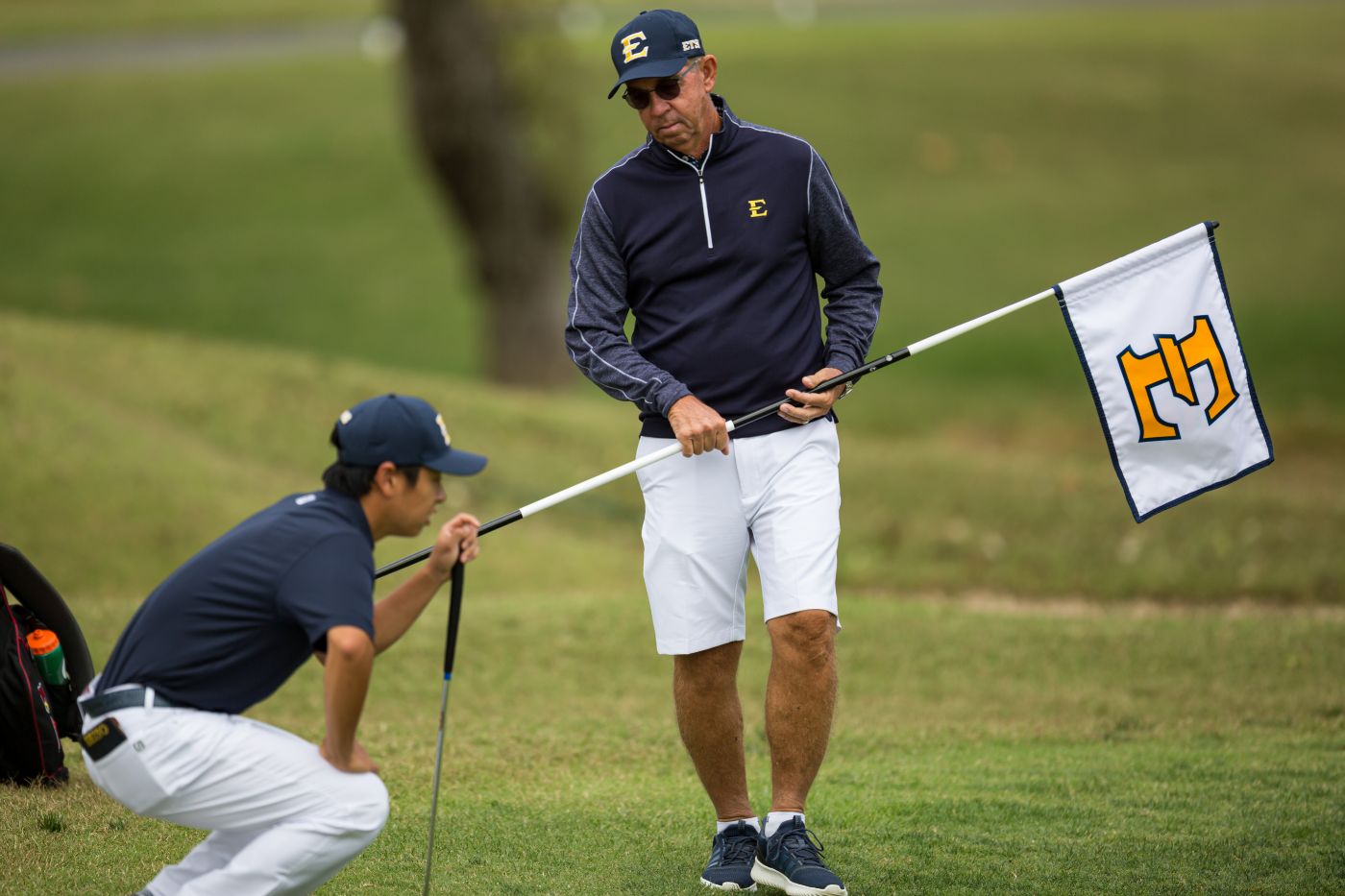 TALLAHASSEE, Fla. (Feb. 22, 2020) – With the first two rounds of the Seminole Intercollegiate in the books, the ETSU Men’s Golf team is positioned nicely in a tie for fourth place at 6-over-par (582). The tournament is being held at the Golden Eagle Country Club, hosted by Florida State. The Bucs are currently five strokes behind the leader, 17th-ranked Washington who sits at 1-over-par (577).

As a team, the Bucs began the day with a 2-over-par (290) opening round following the 8:00 a.m. shotgun start. The opening round 290 positioned the Bucs in a tie for fifth place on the team leaderboard. The second round proved tougher for all teams involved as ETSU finished two strokes worse with a 292 (+4) but actually advanced one spot up the leaderboard into a three-way tie for fourth place.

The Bucs have four players sitting inside the Top 25 on the individual leaderboard, led by Jack Rhea (Jonesborough, Tenn.) and Shiso Go (Kanagawa, Japan) who are tied for 15th at 2-over-par (146) for the event, followed by Trevor Hulbert (Orlando, Fla.) in a tie for 19th at 3-over-par (147) and Samuel Espinosa (Pedrena, Spain) at 4-over-par (148).

Rhea carded the lowest round of the day for the Bucs with an opening round 2-under-par (70). Starting on hole No. 4, Rhea began his day with a trio of pars before birdies on No. 7 and No. 8 to quickly slide to 2-under-par. The Tennessee native later moved to 3-under-par following a birdie on the par-4 13th hole. However, Rhea gave two strokes back on the par-3 17th hole with a double bogey, dropping to 1-under-par. The ETSU junior finished the final four holes at 1-under-par, concluding with an opening round 70 which positioned him into a tie for 2nd place. Rhea struggled in the second round, slipping 13 spots on the leaderboard after a 4-over-par 76 that included three double bogeys and one triple bogey. The Tennessee star was able to limit the damage with five birdies in the round, dropping into a tie for 15th after day one.

Go joins Rhea in the tie for 15th after similar rounds of under-par and over-par. Go began his journey on hole No. 3 and dropped to 2-over-par through the first four holes. However, Go caught fire on the back nine and finished with three birdies for a 3-under-par 33. The six-hole stretch of 3-under-par was good enough for the Japan native to turn in an opening round score of 1-under-par (71), sitting in a tie for 5th place in the standings. Go’s second round was a total flip from his first round as far as the back nine stretch. After turning with an even par score, the ETSU junior stumbled with three bogeys in the first five holes and eventually carded a 3-over-par 39 on the back nine. Go leveled out and finished his second round with a 3-over-par (75), sitting in a tie with Rhea at 2-over-par (146).

Hulbert sits one stroke back of the ETSU duo in a four-way tie of his own in 19th. Starting on hole No. 1, Hulbert began his day with three bogeys in the first five holes but countered with a birdie at the par-3 7th hole for a front nine score of 2-over-par (38). The Florida native traded a pair of bogeys with a pair of birdies on the back nine, finishing even-par on the back for an opening round 2-over-par (74). Hulbert actually climbed seven spots up the ladder after the second round, following his 1-over-par (73). The lone ETSU senior played the front nine at even-par (36) with one bogey and one birdie. Hulbert traded a bogey with one birdie on the 11th and 12th hole to remain at even-par for the second round. A rare triple bogey on the par-5 15th hole saw Hulbert slip to 3-over-par for his round with three holes to play. The Florida competitor showed poise and control, carding two birdies down the stretch to claw back into the round.

The fourth-ranked Buc for the opening day was Espinosa who is currently tied for 23rd overall with a score of 4-over-par (148). Espinosa, coming off his first Top 10 collegiate finish, began his opening day with a 3-over-par 75 to sit in 41st on the leaderboard. Espinosa’s first round featured one birdie, two bogeys and one double bogey. The Spain native seemed to catch a groove in the second round, finishing 1-under-par on the front nine for a score of 35 following three birdies and two bogeys. The final nine holes saw the ETSU freshman finish with three bogeys and one birdie, turning the red number into a black number at 1-over-par (73). The second-round finish enabled Espinosa to jump 18 spots up the leaderboard.

The largest ETSU jump on the leaderboard belonged to fellow freshman Archie Davies (Carlisle, England). Davies struggled through an opening round 6-over-par (78) with just two birdies to his name. However, Davies rebounded with the lowest round for the Bucs in the second round, finishing with a 1-under-par (71). The England native carded three birdies and just two bogeys in the second round, jumping 29 spots into a tie for 30th.

Washington leads the field at 1-over-par (577) after finishing with an even-par (288) second round. The Huskies are followed by host Florida State and North Florida who are tied for second at 4-over-par (580).

Florida State’s John Pak leads the field in individual scoring with an 8-under-par (136) score following his second round 6-under-par (66). Pak is followed by Liberty’s Jonathan Yaun (-3) and Washington’s Petr Hruby (-3).

The Bucs will return to action to action for the final round on Sunday beginning with Davies teeing off at 8:20 a.m. on hole No. 1. ETSU will tee off in 10-minute increments and will be playing alongside James Madison and Liberty.