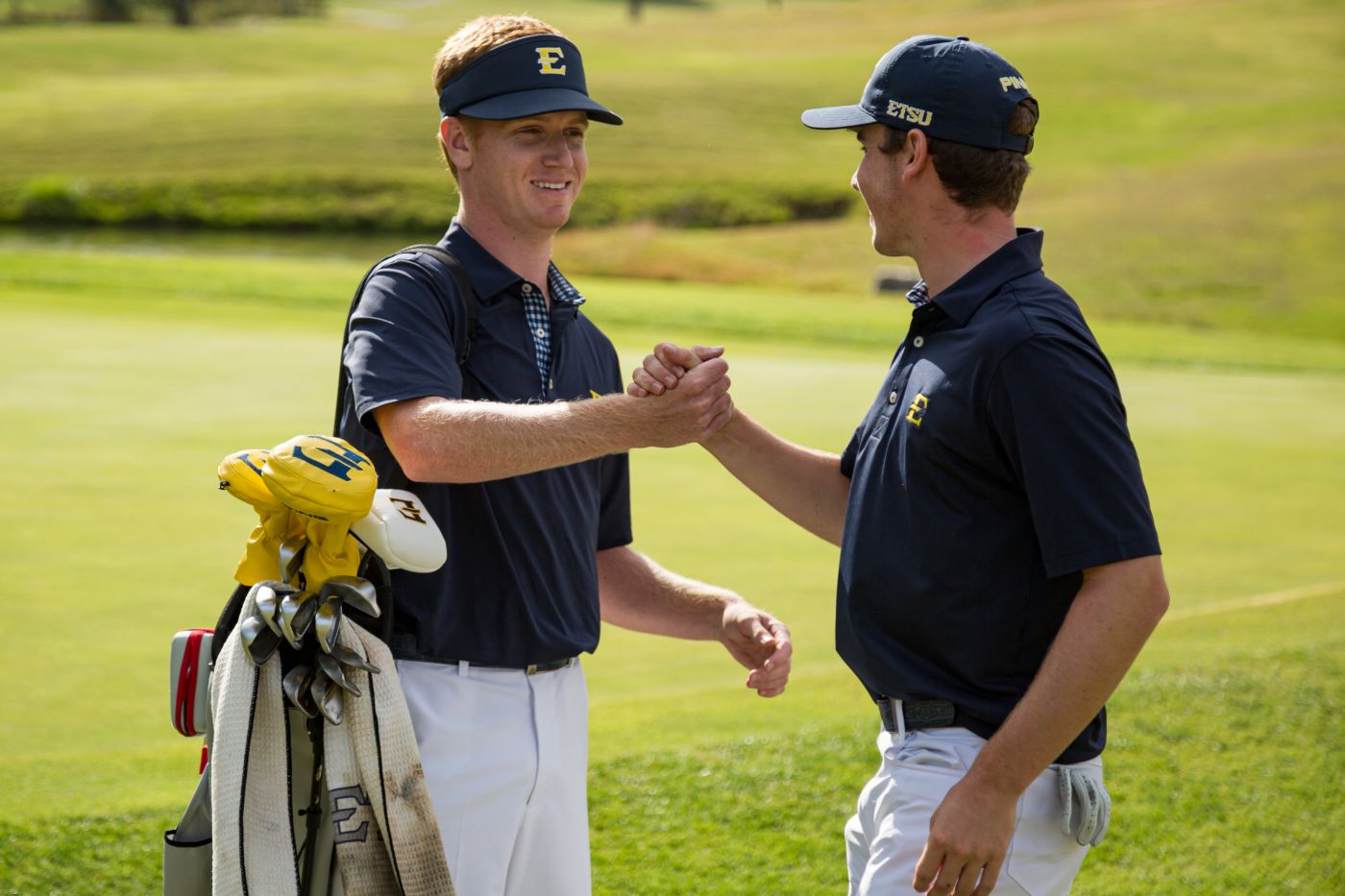 Davies and Rhea finish inside Top 10

TALLAHASSEE, Fla. (Feb. 23, 2020) – The start of the spring season did not disappoint as the Bucs displayed their prowess in the final round with a score of 8-under-par (280) to finish in sole possession of second place at the Seminole Intercollegiate hosted by Florida State in Tallahassee, Fla. ETSU finished second with a score of 2-under-par (862), joining Washington (-9) as the only two teams under par in the field. This is the fourth finish for the Bucs inside the Top 2 this season.

“We came off a long break and started the spring season a little later than most teams,” stated Head Coach Jake Amos. “I was really pleased with how quickly the guys knocked the rust off. We started a little slow but quickly found our rhythm. It was a good golf course for us and we knew if we played to our strengths of discipline, we would be able to move up the leaderboard. Today’s round was really impressive and it was a bunched leaderboard, so it was important to go out and get off to a good start to separate ourselves from the field.”

Jack Rhea (Jonesborough, Tenn.) posted his fourth Top-10 finish of the season and second inside the Top 5. The Tennessee native finished in a tie for 5th overall with a tournament score of 1-under-par (215) following his lowest round of the tournament in the final round. Rhea carded a 3-under-par (69) in the final round, his fifth sub-70 round on the season. Rhea began the day with three consecutive pars before recording his only bogey of the final round on the par-5 fourth hole. Rhea then countered with a birdie on the par-5 ninth hole to make the turn at even par. The ETSU junior’s birdie on No. 9 sparked a string of three consecutive holes under par as he birdied No. 10 and 11 to move to 2-under-par for the round. Rhea played the final seven holes at 1-under-par with a birdie on No. 16, finishing his round at 3-under-par (69) and jumping 10 spots into a tie for fifth overall. Rhea also led the field in birdies (14) and had the second-best par-4 scoring of the tournament at 3-under-par.

“Jack showed again that he can lead this team as our No. 1 golfer after another solid Top-5 finish,” stated Coach Amos. “He showed great maturity in how he prepared for this event and I am glad he saw the rewards of that.”

Archie Davies (Carlisle, England) had the second-best individual finish for the Bucs, placing in a tie for ninth at 1-over-par 217. The Top 10 finish for Davies is his second this season, while the T9th finish is his best collegiate performance through his young career. After a tough first round, Davies responded by leading the Bucs with back-to-back low rounds, including Sunday’s 4-under-par round of 68. The England freshman got off to a scorching start, collecting three birdies in the first four holes. Davies would go on to par the next nine holes before his only setback of the day with a bogey on No. 14. The ETSU freshman responded with back-to-back birdies to climb back to 4-under-par, jumping 21 spots up the leaderboard into the Top 10.

Fresh off his first collegiate Top 10 finish, Samuel Espinosa (Pedrena, Spain) returned to form with a 2-over-par (218) tournament to finish in a tie for 13th overall. Espinosa turned in the third lowest round of the day for ETSU with a 2-under-par 70, his lowest collegiate round. The Spain native began the day with a bogey on the opening hole to drop one stroke. However, birdies at the seventh and eighth hole saw Espinosa climb into red figures for the first time on the day. The ETSU freshman made the turn at even par following his bogey on the par-5 ninth hole. Espinosa played the final nine holes at 2-under-par with two birdies and seven pars, escalating 10 spots up the leaderboard into a tie for 13th overall.

The No. 4 spot for the Bucs belonged to Shiso Go (Kanagawa, Japan). Go began the day in a tie for 15th and dropped four spots into a tie for 19th after a final round 1-over-par (73). The Japan native bogeyed the second and third hole and made the turn at 2-over-par following a 38 on the front nine. Go played the back nine at 1-under-par (35) with birdies on No. 10 and No. 15, while picking up a third bogey in the round at No. 11.

“As a team, we had four guys finish inside the Top 20 so that bodes well for the rest of the season,” commented Coach Amos. “We have five guys playing really solid golf already. We wanted to win this weekend, but Washington played great and are a really good team, so I am pleased with our second-place finish.”

Washington entered the tournament as the highest-ranked team in the field and walked away as the victors following a 10-under-par (278) final round. The Huskies pulled away from the field, finishing 9-under-par (855), seven strokes ahead of the Bucs. The Flames of Liberty finished in sole possession of third with a tournament score of 9-over-par (873), 11 strokes behind the Bucs for second and 18 shots off the lead.

Florida State’s John Pak claimed the individual title with a tournament score of 11-under-par (205), following his 3-under-par (69) round on Sunday. Liberty’s Jonathan Yuan (-6) placed second in the field, followed by West Virginia’s Philipp Matlari with a score of 3-under-par 213.

ETSU will head to Myrtle Beach, S.C. on Monday, March 9 for the opening round of the General Hackler Championship. The tournament will conclude the following day on Tuesday, March 10.