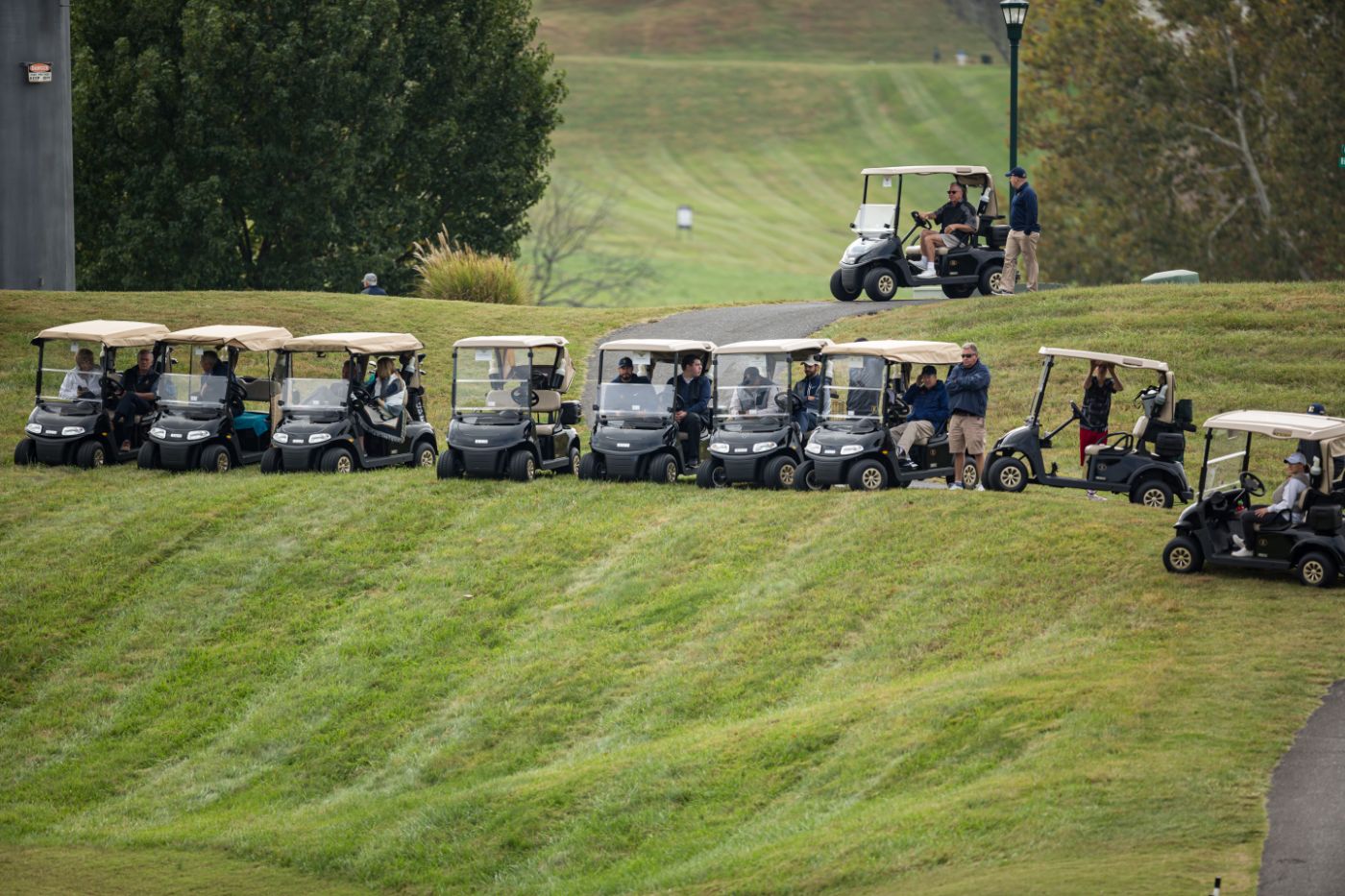 MYRTLE BEACH, S.C. (March 8, 2020) – The ETSU Men’s Golf team has officially made the trek to the Palmetto State to take part in the 2020 General Hackler Championship in Myrtle Beach, S.C. The jam-packed tournament will feature 15 teams and will be played at The Dunes Golf & Beach Club. The event will begin on Monday, March 9 and conclude on Tuesday, March 10.

About ETSU
The Bucs will be taking part in their second event of the spring, a tournament that ETSU has seen success at in years past. ETSU has competed in the General Hackler Championship in 15 of the last 16 years and has claimed the event twice, doing so in 2006 and 2010. The Bucs have seven Top 5 finishes in the tournament, with the last one being a fourth-place finish in 2014. ETSU is coming off a strong outing at the Seminole Intercollegiate in which the team concluded as runner-up to Washington. The Bucs have now finished inside the top two in four events this season.

Jack Rhea (Jonesborough, Tenn.) will anchor the team in the No. 1 spot, coming off a Top-5 finish in the Seminole Intercollegiate. Ranked No. 30 in the latest Golfstat rankings, Rhea carded a 1-under-par 215 to finish in a tie for fifth and led the field in total birdies with 14. The Tennessee native has turned in a dominating season, placing Top 10 in four of the six events he has competed in. Rhea is riding back-to-back Top 10 finishes for the first time in his career, placing T-9 at the Hoakalei CC Collegiate Invitational (Oct. 28-30) and T-5 at the Seminole Intercollegiate (Feb. 22-23). The ETSU junior is also receiving Arnold Palmer Cup recognitions, currently ranked as the No. 15 competitor for the United States.

Archie Davies (Carlisle, England) and Shiso Go (Kanagawa, Japan) continue to hold the middle of the lineup as the No. 2 and 3 golfers, respectfully. Go will begin the tournament in the No. 2 spot and currently ranks 98th in the Golfstat rankings. Go is coming off a T-19 finish at the Seminole Intercollegiate, carding a 3-over-par 219 for the event. The Japan native is ranked No. 24 for the International Team in the latest Arnold Palmer Cup standings. Go’s best finish this season was a first-place title in the Hoakalei CC Collegiate Invitational. Davies is coming into the event fresh off his best collegiate finish at Florida State, carding a 1-over-par 217 to finish in a four-way tie for ninth. The 106th-ranked golfer in Golfstat is the 10th-highest ranked freshman in the NCAA and is currently averaging 72.0 strokes per round.

Samuel Espinosa (Pedrena, Spain) has had a solid start to his spring season, finishing tied for ninth at the Georgia Southern Individual Collegiate and tied for 13th at the Seminole Intercollegiate. Espinosa’s Top-10 finish in Statesboro, Ga. was the first of his career. The Spain native saw improvement in each round at Florida State, finishing with a total score of 2-over-par (218).

The final golfer in the lineup is Trevor Hulbert (Orlando, Fla.), occupying the No. 5 slot. The Florida native and the lone senior on the team finished 26th at Florida State with a final score of 5-over-par (221). The Seminole Intercollegiate was his third-best standing this season as he has finished inside the Top 20 once this year at the Hoakalei CC Collegiate Invitational (T19).

About the Tournament
This weekend will mark the 19th General Hackler Championship, a tournament that began in 2002 with Washington State winning the inaugural championship. The format will be a 36-hole opening day start at 7:40 a.m. on both tees on Monday, followed by continuous play for the second round. The final round of the event will also feature a double-tee start at 7:40 a.m. on Tuesday.

The tournament will be held at The Dunes Golf & Beach Club in Myrtle Beach, S.C. The course is a par-72 on the scorecard and measures out to 7,233 yards.

A Robert Trent Jones design, the course was architected in 1948 as a championship course designed to integrate the rolling hills and the natural sands of the beach. Since then, the course has seen renovations that have brought both the USGA and the PGA to its track. In 2013 Rees Jones (son of Robert Trent Jones) came in and installed Ultradwarf Championship Bermuda greens, replacing the A-1 Bentgrass that was previously install, providing more of a challenge for the every day golfer.

ETSU is the third highest ranked team in the field, coming in at No. 25. The Bucs will compete against the likes of: Wake Forest (No. 7), Louisville (No. 14), North Carolina (No. 26), Kansas (No. 34), Liberty (No. 35), South Carolina (No. 39) and North Florida (No. 46). The Cardinals of Louisville enter the tournament having won three events already this season, including ETSU’s Bank of Tennessee Intercollegiate.

The General Hackler Championship will also showcase top individual golfers, including Southern Conference competitor Jonathan Brightwell (UNCG) who enters as the highest-ranked golfer in the field at No. 11. Wake Forest boasts four golfers inside the Top 100, led by Mark Power who paces the squad with a ranking of No. 14. Jack Rhea is the third highest positioned golfer in the field at No. 30.