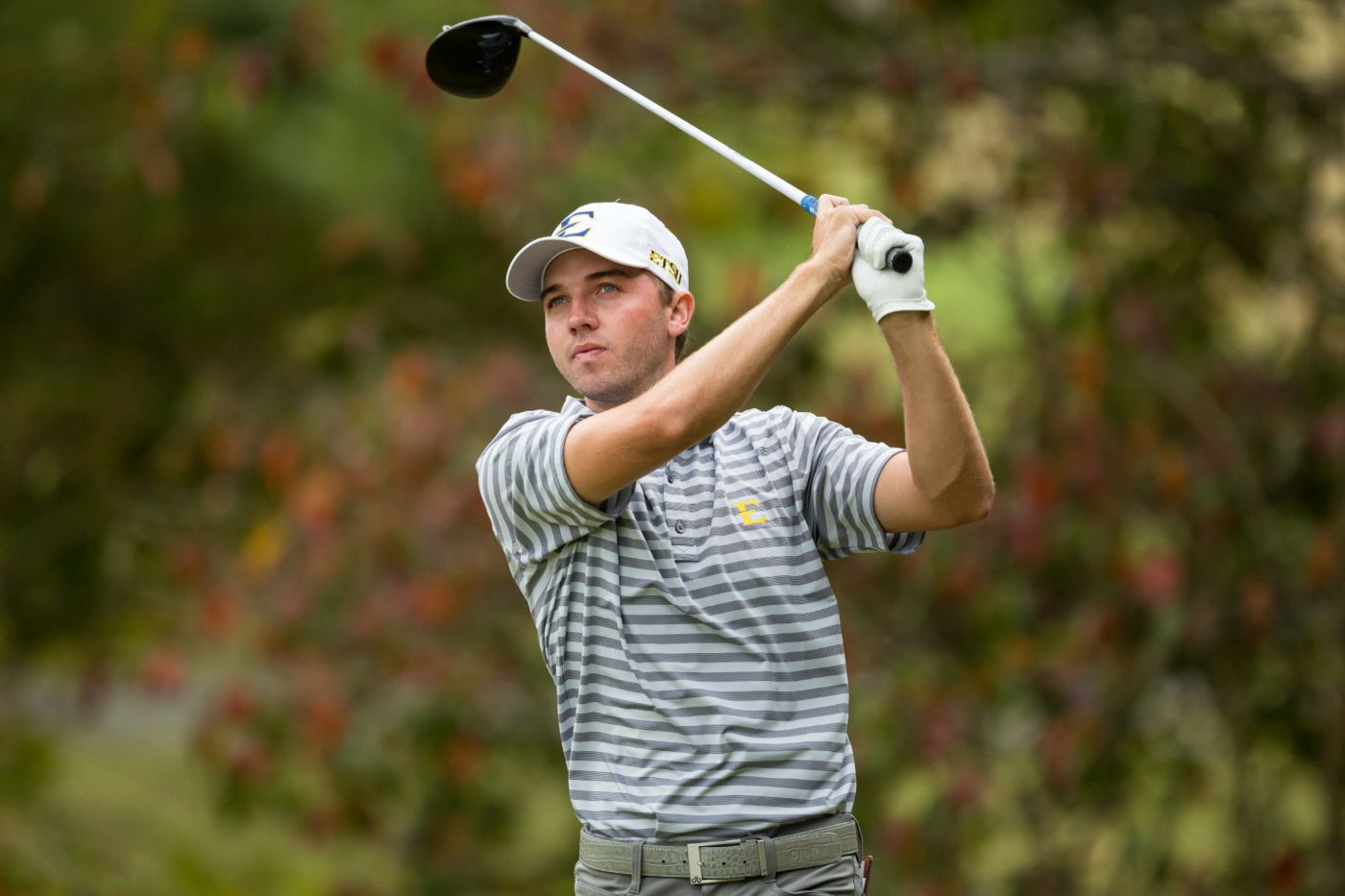 MYRTLE BEACH, S.C. (March 10, 2020) – The final round of the General Hackler Championship concluded on Monday afternoon in Myrtle Beach, S.C. with the Bucs staying put in fourth place. The ETSU Men’s Golf team recorded a fourth-place finish after carding a final-round score of 4-under-par (284) to finish with a tournament score of 5-under-par (859).

“If you had told me that Trevor was going to finish second and Sam was going to finish eighth, I would have thought we would have won by a lot,” stated head coach Jake Amos. “They handled their difficult situation really well after our No. 1-3 guys didn’t play to their standards. We know that Trevor and Sam can play like this and once we all click then we can become a really deep team. As a team, we didn’t make enough birdies and we weren’t hitting it close enough on the green to get in good position so we had to settle for pars. Today’s round was awesome with the bunched-up field and we had to go out and play well again just to make sure we solidified our standing. We knew we could play well enough to get a good finish. I am really happy with the last six holes of our scorecard and I don’t think that there was a team that finished better than we did down the stretch.”

Trevor Hulbert (Orlando, Fla.) provided the spark that ETSU needed to maintain its position on the leaderboard. The Florida native finished tied for second overall with a tournament score of 6-under-par (210), his best collegiate finish and fifth career Top-10 finish. Hulbert’s second-place finish was aided by his lowest round of the tournament on Monday, carding a 5-under-par (67). The final-round 67 was his lowest round this season and second lowest round in the senior’s career. Hulbert posted a 6-under-par (66) in the Bank of Tennessee Intercollegiate on Oct. 12, 2018. Hulbert jumped out to a hot start with four quick birdies in the first seven holes before a set-back bogey on the par-5 eighth hole. Making the turn at 3-under-par, the lone senior bounced back to 4-under with a birdie on the par-4 10th hole. After a bogey on No. 13, Hulbert played the final five holes at 2-under-par with birdies on both No. 15 and the closing 18th hole. The Florida native jumped 13 spots up the leaderboard on Monday, positioning into a four-way tie for second place and led the field in par-4 scoring at 6-under-par by averaging 3.80 strokes per par-4.

Sam Espinosa (Pedrena, Spain) recorded his second Top-10 finish in three weeks thanks to a final-round 2-under-par (70). The ETSU freshman finished in a tie for eighth on the leaderboard, his best finish in his young ETSU career. Espinosa began the day with six consecutive pars before dropping a shot on the par-4 seventh hole. The Spain native then jumped back to even par with a birdie on the ninth hole before making the turn. Heading into the 14th hole at even par, Espinosa caught fire with three consecutive birdies to climb into red numbers at 3-under-par for his round. However, the back nine did not conclude without a blemish as Espinosa bogeyed the closing 18th hole to drop to 2-under-par for the tournament and 3-under-par for the field.

Shiso Go (Kanagawa, Japan) was the third-ranked Buccaneer on the squad, finishing in a tie for 25th after a final-round score of 2-over-par (74). After firing consecutive even-par rounds, the Japan native carded just his eighth round over par this season. Go played the front nine at 1-over-par with a bogey on No. 8 and later dropped two more strokes with bogeys on No. 11 and No. 15. However, Go played the final four holes under par with two birdies on No. 15 and 17 to conclude his round with a 74.

Jack Rhea (Jonesborough, Tenn.) placed fourth on the Bucs with a T-44 finish following a 6-over-par (222) tournament. Rhea finished his final round at 1-over-par (73), finishing with three birdies, two bogeys and one double bogey. The Tennessee native played the front nine at even par after a birdie on No. 2 and a bogey on the par-5 eighth hole. Rhea earned the stroke back with a birdie on the opening hole of the back nine before a bogey on 12 and a double bogey on 13 dropped him to 2-over-par. The ETSU junior played the remaining five holes at 1-under-par with a birdie on No. 15.

North Carolina ran away with the tournament thanks in large part to a field-best nine-under-par (279) final round. The 26th-ranked Tar Heels finished 21-under-par for the event, 13 strokes better than No. 35 Liberty who finished second at 8-under-par (856). Wake Forest rounded out the top three in the field as the 7th-ranked Demon Deacons finished two strokes above ETSU with a tournament score of 7-under-par (857).

Coastal Carolina’s Zack Taylor claimed the individual championship with a tournament score of 8-under-par (208) despite his worst round of the event on Monday, posting a 74 (+2). There was a four-way tie for second, including Hulbert of ETSU. Joining Hulbert in second place was Ryan Burnett (North Carolina), Eric Bae (Wake Forest) and Benjamin Shipp (N.C. State), all finishing at 6-under-par (210). Of the four-way tie, Hulbert had the best final round score of 5-under-par.

The Bucs will return to action for a single-day event on Thursday, March 19 as ETSU heads to Ridgeland, S.C. to square off with the College of Charleston in the Congaree Challenge. Three days later, the Bucs will head to Awendaw, S.C. to compete in the Hootie at Bulls Bay Intercollegiate from March 22-24.