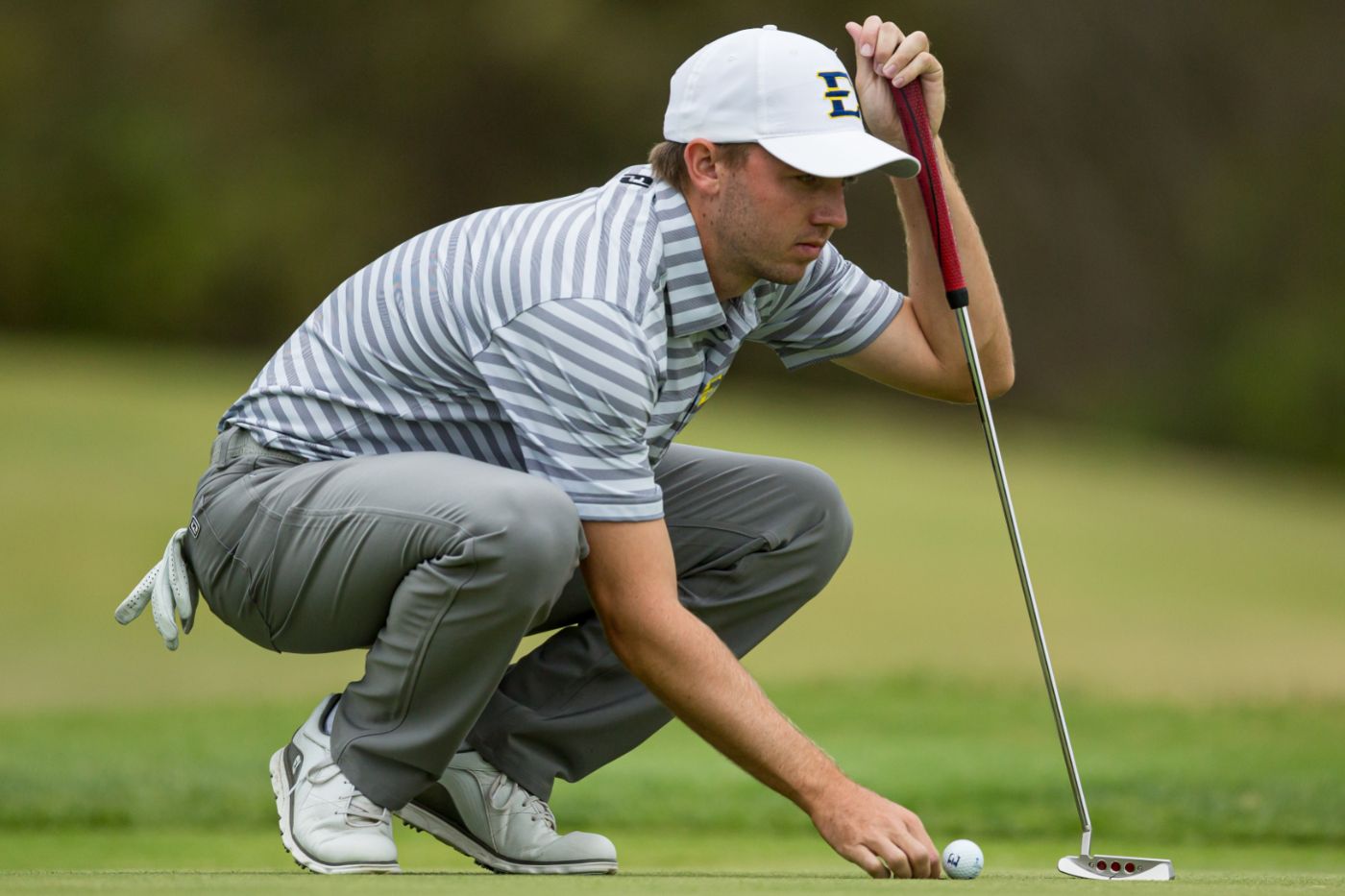 First SoCon Player of the Week Award for Hulbert

Hulbert registered his best collegiate finish on Monday, March 9 at the General Hackler Championship in Myrtle Beach, S.C. After turning in a 6-under-par (210) overall score, Hulbert jumped 13 spots into a tie for second place, marking the best individual finish in his collegiate career. Hulbert’s second-place finish aided the Bucs in finishing fourth in a jam-packed field of 15 teams.

The Florida native began the tournament with a score of 1-under-par (71), followed by an even-par (72) second round on the same day. The 1-under-par first day positioned Hulbert in a tie for 15th, which led the Bucs at the time. Hulbert made the leap into second place following a final-round score of 5-under-par (67), his second lowest round in his time at ETSU. The redshirt-senior led the field in par-4 scoring, finishing 6-under-par and averaging 3.80 strokes per par-4.

ETSU, which checks in this week at No. 26 in the Golfstat rankings, returns to action at the one-day Congaree Challenge against College of Charleston in Ridgeland, S.C., on March 19. The Bucs will then compete in the Hootie at Bulls Bay Intercollegiate, hosted by the Cougars, in Awendaw, S.C. from March 22-24.