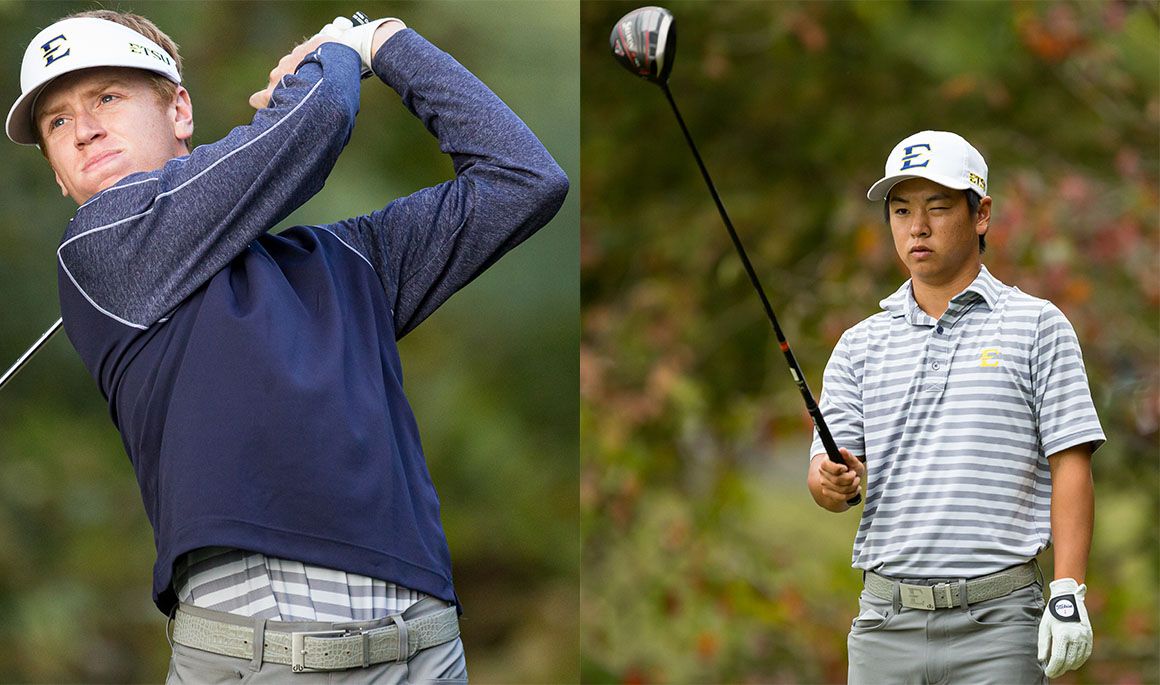 JOHNSON CITY, Tenn. (April 18, 2020) – A pair of Buccaneer Men’s Golfers were tabbed with postseason honors as Shiso Go (Kanagawa, Japan) and Jack Rhea (Jonesborough, Tenn.) were named to the PING Division I East All-Region team on Thursday afternoon. The all-region teams were announced by the Golf Coaches Association of America. The ETSU duo are two of just three Southern Conference golfers named to the list, joined by Jonathan Brightwell of UNCG.

Go turned in a strong junior campaign, finishing second on the team in scoring average with 71.62 strokes per round. The Japan native concluded the shortened season ranked No. 90 in the final Golfstat standings. Go was twice-named SoCon Men’s Golfer of the Week, including following a medalist victory at the inaugural Hoakalei CC Collegiate Invitational in Hawaii. Go capped off the season with three Top-10 finishes and tallied 12 rounds of par or better, including five rounds in the 60s. Go was also tabbed to the Arnold Palmer Cup Watch List for the International Team.

Rhea proved to be a vital part in the success of the team this season, anchoring the Bucs throughout the year. Competing in all seven events this year, the Tennessee native placed Top-10 in four different tournaments. Rhea won his first ever individual medalist honors by winning ETSU’s home event, the Bank of Tennessee Intercollegiate, played in his own backyard at the Blackthorn Club at the Ridges. Rhea was named SoCon Men’s Golfer of the Week on three occasions, was named SoCon Men’s Golfer of the Month and led ETSU with a 71.29 scoring average. After cracking the Top 25 earlier in the season, Rhea concluded the 2020 campaign positioned No. 36 in the Golfstat rankings. Like Go, Rhea was named to the Arnold Palmer Cup Watch List, but for Team USA, and concluded the year with 12 rounds of par or better, including five rounds in the 60s.