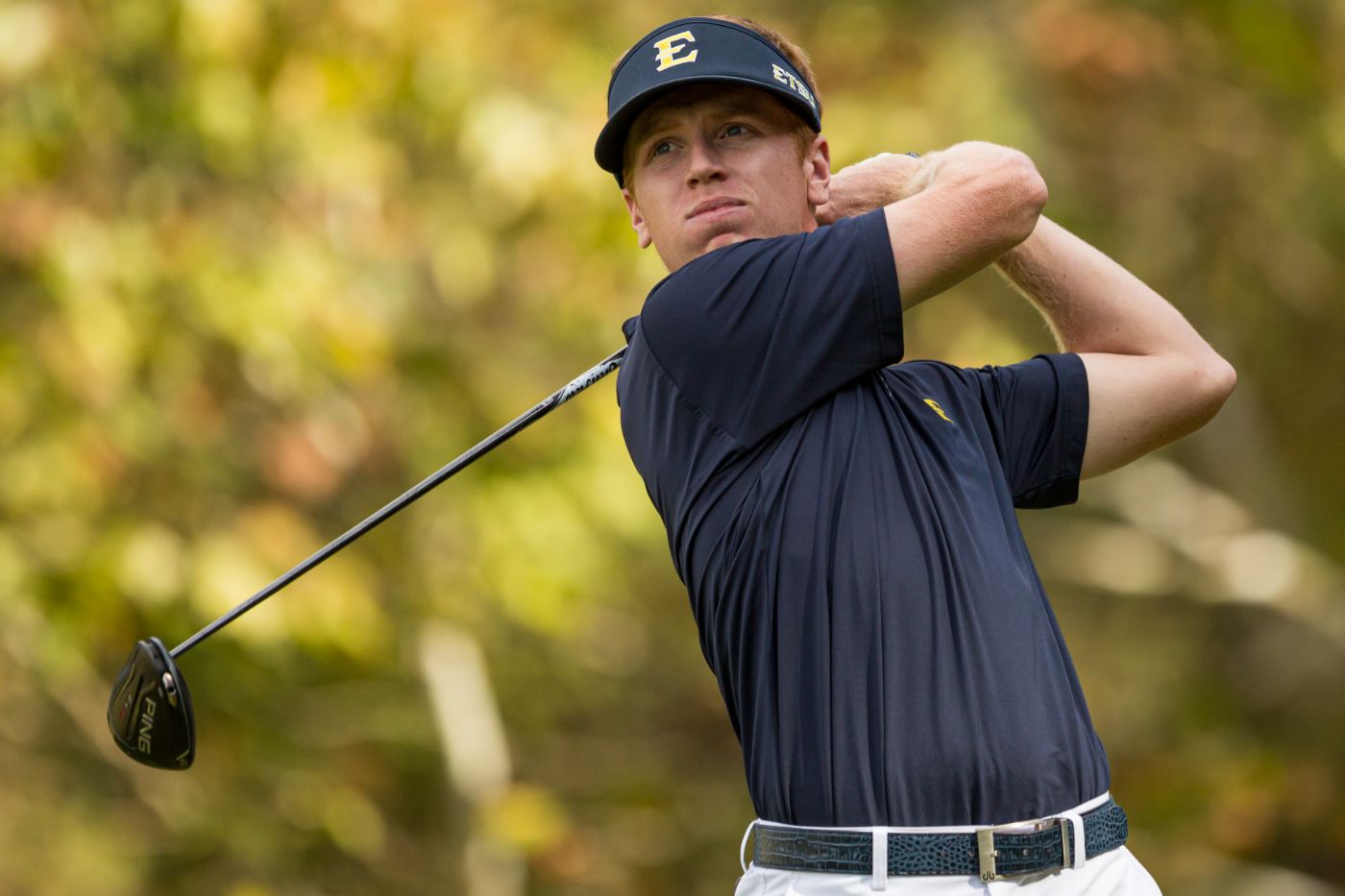 JOHNSON CITY, Tenn. (April 24, 2020) – ETSU Men’s Golfer Jack Rhea (Jonesborough, Tenn.) has been named to the PING All-American Honorable Mention team on Thursday, April 23. This recognition for Rhea comes just one week after he was tabbed to the PING Division I East All-Region team on April 16. Rhea is the first Buccaneer to be named to the All-American team since Adrian Meronk in 2016 and he represents the 39th overall honor in ETSU history and first under current head coach Jake Amos.

“I am delighted for Jack to be getting this kind of national recognition,” stated ETSU Men’s Golf Head Coach Jake Amos. “Becoming an All-American requires you to perform at an incredibly high level consistently and it is one of the hardest honors to get in our sport. Our season is all year round so you have to have a special kind of focus and determination to compete every week all year long. The growth Jack has shown me these past two years on and off the golf course has been amazing to see. People around the golf team, his teammates, coaches and friends of the program have seen this coming. He puts in the work, loves to compete and has started to see the rewards this season. I think this is just the start for Jack.”

Rhea anchored the Bucs throughout the year and competed in all seven events. The Tennessee native placed Top-10 in four different tournaments for the Bucs. Rhea won his first ever individual medalist honors by winning ETSU’s home event, the Bank of Tennessee Intercollegiate, played in his own backyard at the Blackthorn Club at the Ridges. Rhea was named SoCon Men’s Golfer of the Week on three occasions, was named SoCon Men’s Golfer of the Month and led ETSU with a 71.29 scoring average. After cracking the Top 25 earlier in the season, Rhea concluded the 2020 campaign positioned No. 36 in the Golfstat rankings. Rhea was named to the Arnold Palmer Cup Watch List for Team USA, and concluded the year with 12 rounds of par or better, including five rounds in the 60s.

Rhea found himself inside the Golfstat rankings throughout the year, including carding the 10th-lowest round of the season with a 63 (-9), which also ties the lowest single-round score in program history. The Tennessee native also ranked 25th in the NCAA in birdies made (90) and 26th in fewest bogeys per round (2.24). Rhea registered the seventh-best scoring average to par (-0.57) in ETSU history in 2019 and eighth-best finish percentage in a single season (83.6%). Heading into his senior year, Rhea currently ranks fourth all-time in ETSU history in scoring average per round (72.43), averaging 0.75 strokes to par.