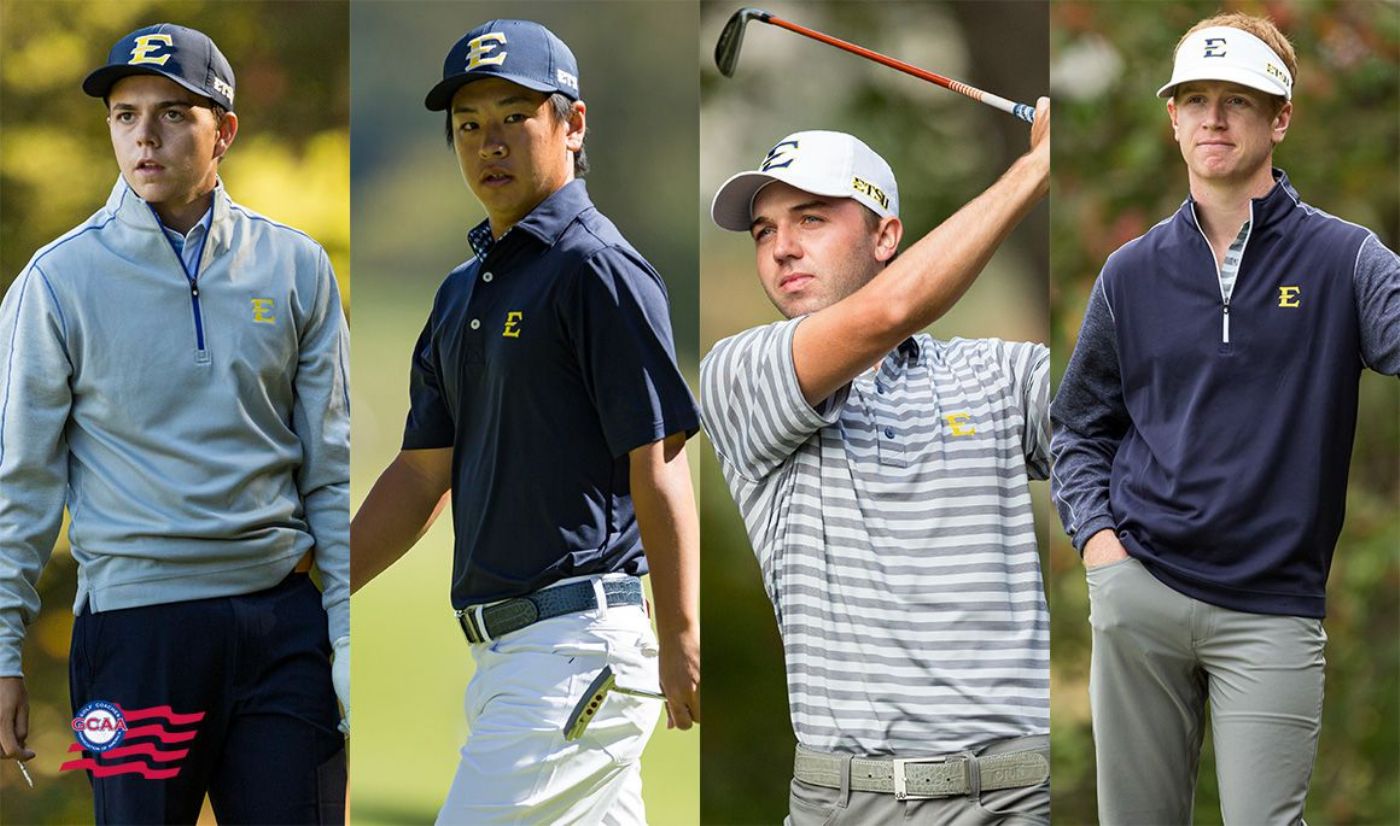 It was a record-setting year for the GCAA awards as 614 student-athletes earned the title of All-America Scholar, the most since the awards inception in 1982. Of the 614 honorees, 376 players were Division I selections, 99 in Division II, 108 in Division III, 18 from NAIA, and 12 from NJCAA.

To be eligible for the prestigious award at the Division I level, an individual must be a sophomore, junior or senior academically. In addition, they must have a stroke-average under 76.0 and maintain a minimum cumulative career grade-point average of 3.2. For 2019-20, they must participate in 40% of the team’s competitive rounds.

Carter achieved All-America Scholar honors after finishing the season with a 75.56 stroke average in 18 rounds played. The Tennessee native competed in six tournaments for ETSU and tallied a season-best finish of 25th at the Georgia Southern Individual Collegiate. The junior golfer also got the job done in the classroom, boasting a 3.821 GPA for the year and a cumulative GPA of 3.903.

Go piled in his second postseason honor of the season, also claiming a spot on the PING Division I East All-Region Team on Thursday, April 16. Go turned in a strong junior campaign, finishing second on the team in scoring average with 71.62 strokes per round. The Japan native concluded the shortened season ranked No. 90 in the final Golfstat standings. Go was twice-named SoCon Men’s Golfer of the Week, including following a medalist victory at the inaugural Hoakalei CC Collegiate Invitational in Hawaii. Go capped off the season with three Top-10 finishes and tallied 12 rounds of par or better, including five rounds in the 60s. Go was also tabbed to the Arnold Palmer Cup Watch List for the International Team and concluded the year with a 3.840 GPA. For his collegiate career, the Kanagawa, Japan native holds a cumulative GPA of 3.863.

Hulbert competed in all seven events for the Bucs, averaging 72.90 strokes per round in 21 rounds of play. Hulbert recorded his first collegiate SoCon Player of the Week on March 11 after posting his best collegiate finish of second place at the General Hackler Championship. During that tournament, Hulbert led the field in par-4 scoring and carded his second-lowest round in his career with a 67. The Orlando, Fla. native capped off the season with nine rounds of par or better, including two rounds in the 60s. The redshirt-senior concluded the 2019-20 academic year with a 3.671 GPA and boasts a career GPA of 3.70.

The final All-America Scholar belongs to Rhea of Jonesborough, Tenn. The junior golfer racked in the awards this year, including PING All-American Honorable Mention and the PING Division I East All-Region Team. Rhea anchored the Bucs throughout the year and competed in all seven events. The Tennessee native placed Top-10 in four different tournaments for the Bucs, winning his first ever individual medalist honors by winning ETSU’s home event, the Bank of Tennessee Intercollegiate. Rhea was named SoCon Men’s Golfer of the Week on three occasions, was named SoCon Men’s Golfer of the Month and led ETSU with a 71.29 scoring average. Rhea concluded the 2020 campaign positioned No. 36 in the Golfstat rankings and was named to the Arnold Palmer Cup Watch List for Team USA. Rhea concluded the year with 12 rounds of par or better, including five rounds in the 60s. The Tennessee native finished the year with a 3.503 GPA, bringing his career GPA to 3.422.