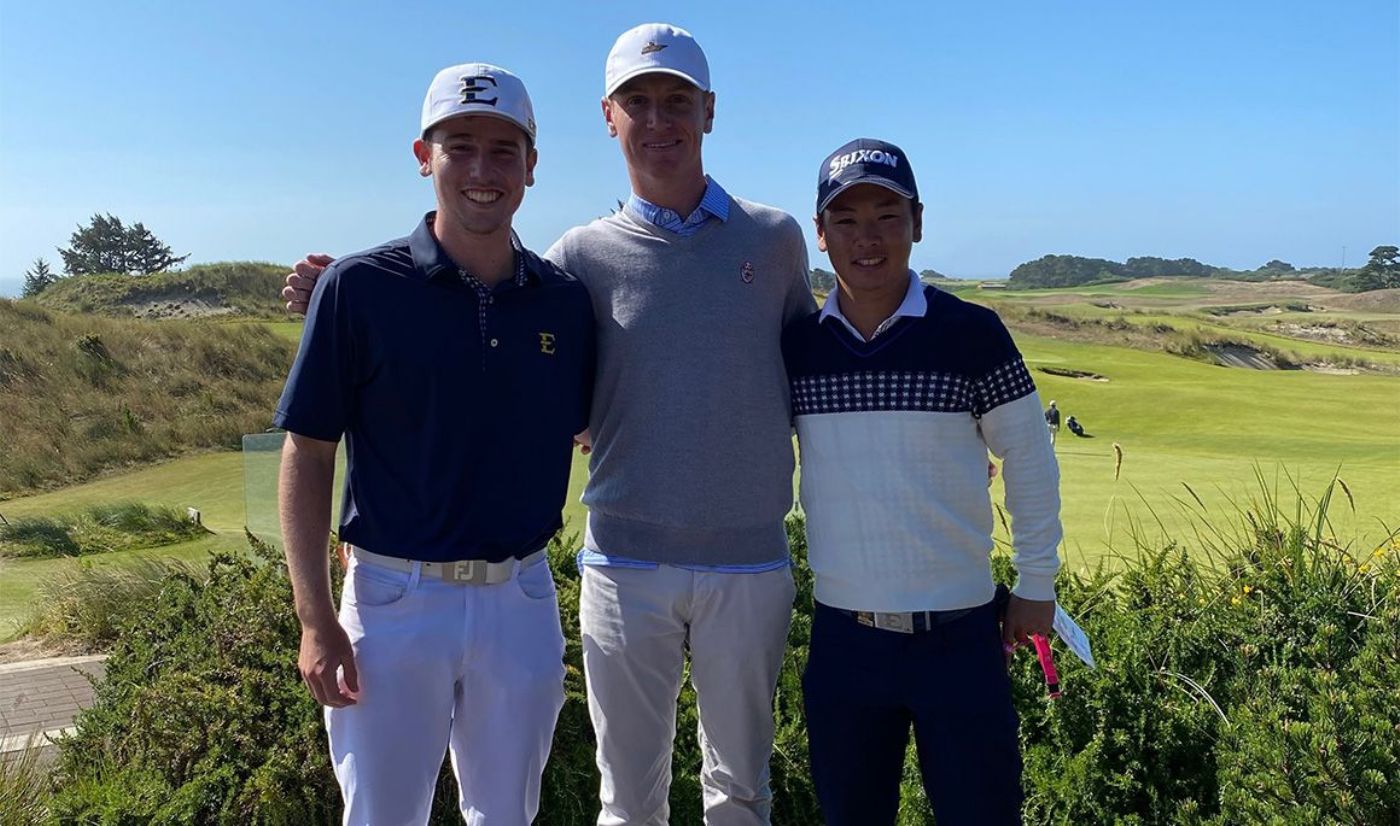 BANDON, Ore. (Aug. 12, 2020) – ETSU men’s golf saw its competition in the 120th U.S. Amateur Championship come to an end on Wednesday morning. Jack Rhea (Jonesborough, Tenn.) reached the 18-way playoff for the final three spots on in the match play draw on Wednesday morning, but fell short on the second playoff hole at Bandon Dunes in Bandon, Ore.

Rhea began his tournament at Bandon Trails, carding a 3-over-par (74), featuring three bogeys and 15 pars. After a 2-over-par front nine (38) at Bandon Dunes in the second round, the redshirt-junior gained momentum in the final nine holes. Rhea carded three consecutive pars before a birdie on No. 13 pulled him to just one over. With three holes to play and sitting outside the cut line, Rhea birdied two of the final three holes to post a 1-under-par (71), moving into an 18-way tie for 62nd. It wasn’t decided until late Tuesday night, that Rhea and the other 17 golfers would have to endure the playoff holes on Wednesday morning, with only three competitors earning a spot into match play.

The Tennessee native tallied a par on the first playoff hole as two golfers locked in their spots in the match play draw with birdies, and three others were sent home following bogeys. With 13 golfers remaining and just one spot left, Rhea moved on to the second playoff hole. Rhea carded a par on the par-4 11th hole at Bandon Dunes in the second hole of the playoff. However, it was not enough as Aaron Du locked in the final spot with a birdie, ending Rhea’s competition at the U.S. Amateur.

Joining Rhea from ETSU was Archie Davies (Carlisle, England) and Shiso Go (Kanagawa, Japan). Davies posted an opening round 75 (3-over-par), placing him in contention for the Top 64 field heading into round two. However, the ETSU freshman was unable to climb into the cut line after carding a second-round score of 6-over-par (77), dropping to 9-over-par for the tournament.

Go saw his share of obstacles in the opening round, laboring through to an 8-over-par (79) in the opening day. Paired alongside Rhea for both rounds, the Japan native turned in a 3-over-par round on day two, dropping to 11-over-par for the tournament and out of match play contention.