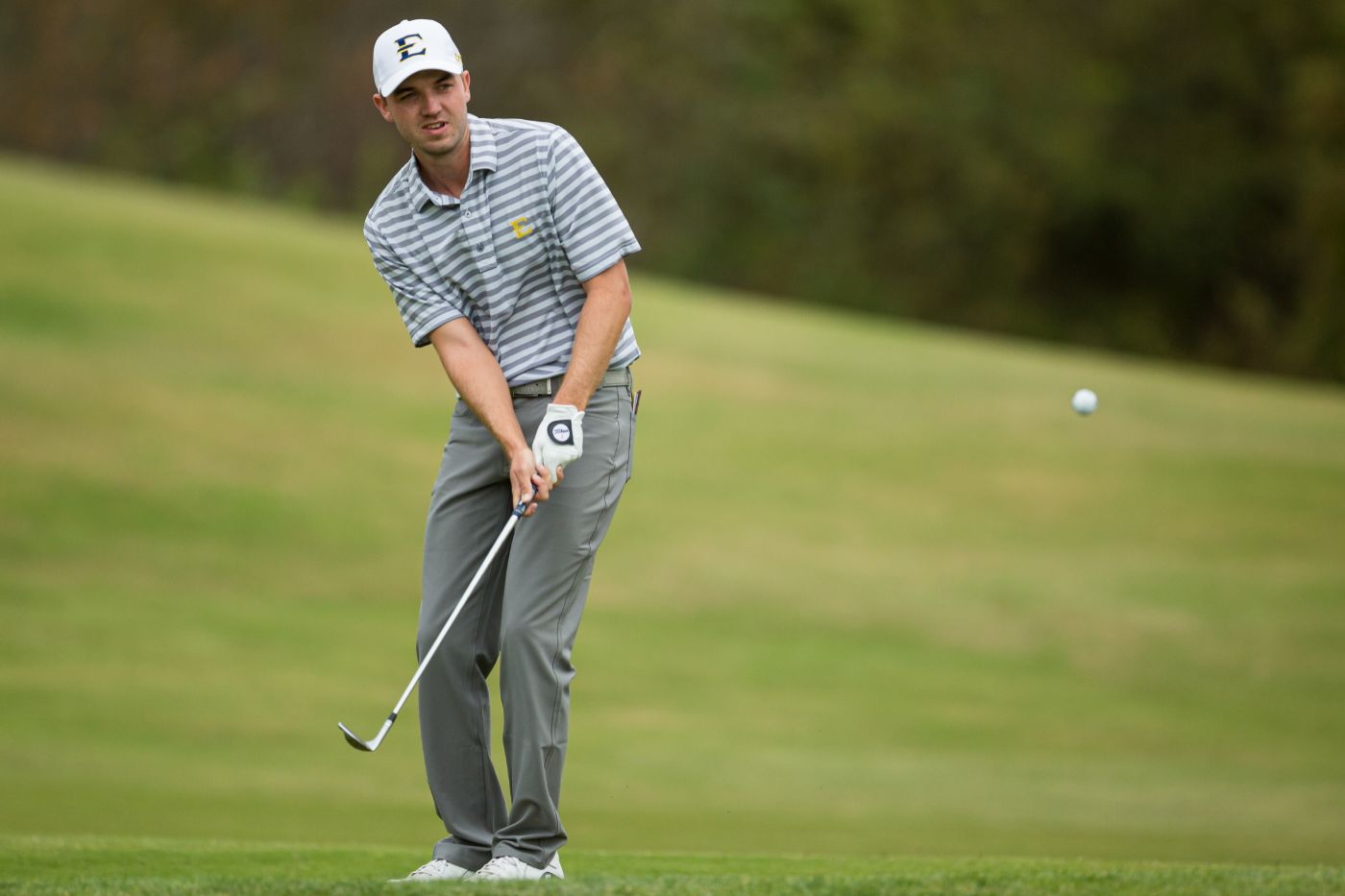 OOLTEWAH, Tenn. (Sept. 22, 2020) – The ETSU Men’s Golf squad wrapped up the first competition of the new season on Tuesday, carding a 2-over-par (290) to claim sole possession of second place at the 2020 Scenic City Collegiate. The event was held at the famous Honors Course in Ooltewah, Tenn. The Bucs, who finished 20-over-par (884), entered the final round three strokes off the lead but could not catch UAB as the Blazers finished six strokes ahead of the Bucs.

“Ultimately we came to win this event and we didn’t, so the guys were disappointed,” stated Head Coach Jake Amos. “Hats off to UAB who played a great round of golf today. We knew we needed to score under par today and to be fair we gave a chance but credit to UAB. We don’t see golf courses like The Honors Course and so the preparation wasn’t where it needed to be. Normally in the fall they are coming in from summer golf straight to tournament golf so they are better prepared. Couple that with the toughest stretch of the course in 40-degree weather. However, there are no excuses and we just need to be better next time. I was pleased with how the guys excelled in the second round and gave us a chance to win this tournament. They showed a ton of grit today and really impressed me down the stretch. I am very pleased with how Trevor and Shiso played and helped out despite [Shiso] not being able to place as an individual.”

The final-round charge by the Bucs was led by veteran golfer, Trevor Hulbert (Orlando, Fla.). The ETSU graduate student rebounded from a bogey on the first hole with a birdie on the second. Following six consecutive pars, the Florida native rattled in a birdie on the par-4 ninth hole to make the turn at 1-under-par. With back-to-back birdies on No. 11 and No. 12, things were looking great for the ETSU leader. Hulbert maintained momentum with a birdie on the 17th to get to 4-under-par for the day. However, the Orlando native slipped on the difficult par-4 18th hole with a bogey to drop to 3-under-par (69) for the final round. Hulbert jumped 11 spots into a two-way tie for third at 3-over-par (219). The third-place finish for Hulbert was his sixth career Top-10 conclusion.

Hulbert was followed closely by Shiso Go (Kanagawa, Japan) who carded a final-round score of 2-under-par (70). Go turned in an opening nine with two bogeys and one birdie, before dropping another stroke on No. 10 to fall to 2-over-par. However, the Japan native caught fire, picking up four consecutive birdies from holes No. 12-15 to climb to 2-under-par and flip the script for the Blue & Gold.

Archie Davies (Carlisle, England) turned in the third-best score of the day for the Bucs, carding a 2-over-par (74). The England native stumbled early with three consecutive bogeys following back-to-back pars. After a fourth bogey on the par-4 10th hole, Davies earned his first birdie of the day on No. 12. The highlight for Davies in the final round was his eagle-3 on the par-5 17th hole. Davies concluded the tournament in 11th at 7-over-par (223).

Jack Rhea (Jonesborough, Tenn.) and Campbell Wolf (Mechanicsburg, Pa.) tallied identical scores of 5-over-par (77) in the final round. Wolf finished the round with six bogeys and one birdie, placing tied for 21st at 14-over-par (230). Meanwhile, Rhea capped off his involvement in the tournament with seven bogeys and two birdies in the final round. The Jonesborough native finished tied for 9th in the field at 6-over-par (222), his eighth career Top-10 finish.

UAB claimed the team title at 14-over-par (878), following a 1-under-par (287) in the final round. The Bucs began the day just three strokes behind the Blazers but could not catch up, falling in line in second place. Georgia Southern and Little Rock tied for third overall at 29-over-par (893). Little Rock began the final round tied with UAB for first.

The Bucs finished as the top Southern Conference team in the field, besting Chattanooga (+47), Western Carolina (+72) and Mercer (+99).

Ben Carr of Georgia Southern stormed up the leaderboard on the final day, posting a 4-under-par (68) to finish even-par (216) for the tournament and claim the individual title. UAB’s Khavish Varadan led the way for the Blazers, finishing second in the field at 2-over-par (218). ETSU’s Hulbert and Dalton State’s Ben Rebne split third place with identical scores of 3-over-par (219). Rebne began the day with a 1-stroke lead but stumbled to a 5-over-par (77) round.

“Pair the previous season we had and with the additions we brought in, we are deep and the guys are confident moving forward,” commented Coach Amos. “This course highlighted our weaknesses and we will strive to do better at Maridoe.”

ETSU will return to action on Sunday, Oct. 18 in Carrollton, Texas when the Bucs take on the 2020 Maridoe Invitational. The tournament will conclude on Tuesday, Oct. 20 with the individual winner earning a spot in the PGA Tour’s Houston Open this fall.