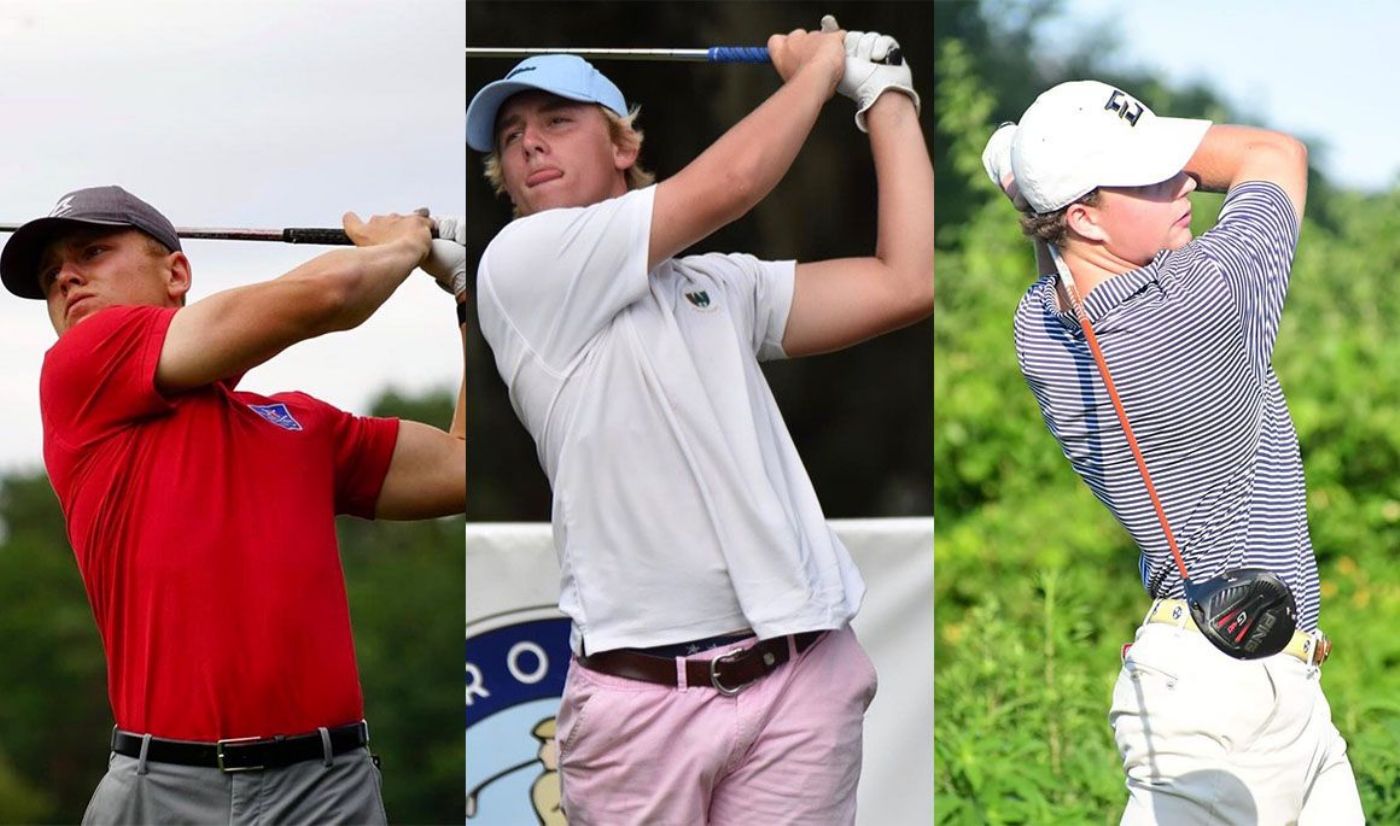 JOHNSON CITY, Tenn. (Nov. 11, 2020) – ETSU Men’s Golf Head Coach Jake Amos has announced the signing of three newcomers during the early signing period. Algot Kleen (Fiskebackskil, Sweden), Andrew Propes (Charleston, S.C.) and Jack Tickle (Bristol, Tenn.) have all signed a national letter of intent to join the Buccaneer program in the fall of 2021 and will join Josh McCabe (Dublin, Ireland) who signed for the fall of 2020 but deferred to 2021.

AMOS ON SIGNING KLEEN…
“Algot was on my radar for a long time. His coaches in Sweden gave me the heads up early on of how talented he was. After following his results then watching him play, I knew he was someone we needed at ETSU. He was highly recruited and we were lucky to get him on a visit and show him what we had to offer. I think his drive and personality will be a great fit with the culture we are trying to create.”

AMOS ON SIGNING PROPES…
“Andrew has shown great improvement over the last year. I am always on the lookout for a player who is improving and looking for an opportunity. He has nice fundamentals and I am eager to see how he improves in the environment of our team.”

AMOS ON SIGNING TICKLE…
“Jack was a massive addition to the ETSU men’s golf team for many reasons. When I got the job here, one of my main priorities was to recruit in the state of Tennessee and to get the best in-state talent at ETSU. In Jack we have done that. He has consistently shown that he is not only one of the best in the state but also in the country in his class. From my first day on the job I had targeted him as my main priority in this class and I am delighted we got him. Since he verbally committed, he has gotten better every year and is on track to be an important member of our team next year.”