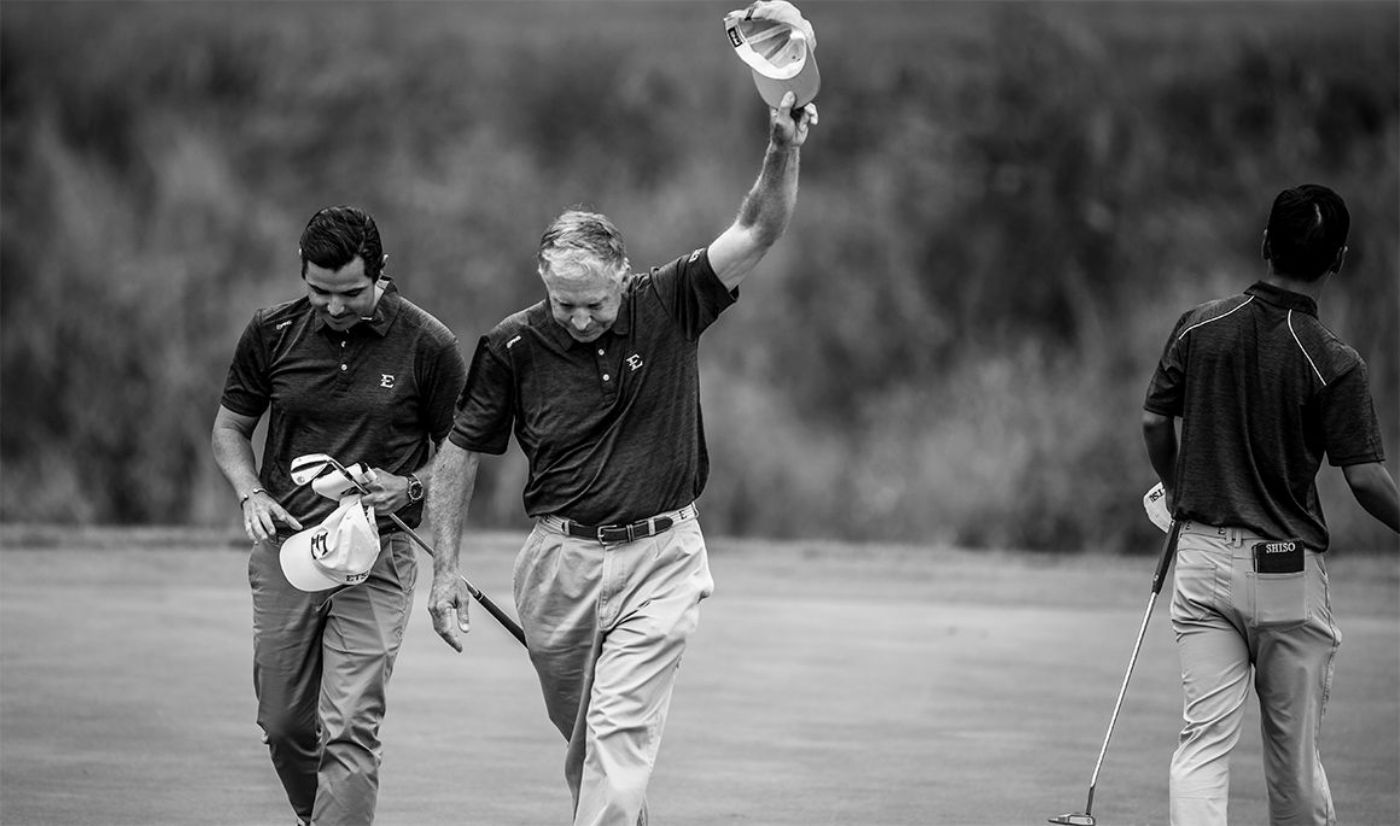 “The East Tennessee State University Department of Intercollegiate Athletics, with approval from Dr. Brian Noland, is honored to recognize Fred Warren as Golf Coach Emeritus,” commented Carter. “Coach Warren’s stellar collegiate coaching career has produced numerous team championships, individual champions, NCAA championship appearances, All-Americans, and hall of fame careers. He is a pillar of college golf and ETSU is so proud to call him a Buccaneer. His accomplishments as a Coach are only rivaled by his volunteer work and philanthropic efforts in the East Tennessee Region. Congratulations Coach Warren and thank you!”

“To be named emeritus, one has to achieve astounding accomplishments”, added Dr. Noland. “Coach Warren epitomizes what it means to be emeritus. Having taken over the ETSU men’s golf program in 1986, Coach Warren turned the program into a household name in the collegiate golf community. In just three years, his team won his first conference title, defeating Chattanooga by 30 strokes. During his coaching career he accumulated 56 career wins, 17 conference championships, 12 Coach of the Year honors and two NCAA District Coach of the Year achievements. I want to congratulate Coach Fred Warren and say thank you for all he has done for East Tennessee State University and our golf program.”

“I am humbled and I realize that this is an uncommon honor, so it means a great deal to me,” commented Warren. “Although I am proud of our teams over those years with ETSU being the winningest program in Southern Conference history and reaching national recognition, I feel the relationship with the players, coaches and the athletics staff mean a lot to me. I think this honor really brings to mind those thoughts first and foremost. When I arrived at ETSU 35 years ago, it didn’t take long to realize how special both ETSU and the region are. I am proud of my association with not only the players but the communities and donors as well. It means more than what we accomplished on the golf course. I am grateful for the University and the Athletic Department for allowing me to forever maintain a connection with the university.”

During his tenure, Warren’s teams reached 22 NCAA regionals as he coached 23 All-Americans and 24 All-American Scholars. The Bucs also collected 17 Conference Player of the Year honors, including 13 in the Southern Conference. The 1995-96 team also achieved something no other ETSU team has done in program history, reached the No. 1 ranking in the NCAA. The Bucs’ highest finish in the NCAA Championship was a third-place finish in the 1996 season, finishing ahead of a Stanford team led by Tiger Woods. ETSU’s NCAA success did not end there as the Bucs finished inside the Top 25 at the NCAA Championships 13 times during Warren’s tenure.

Warren’s final season culminated with an NCAA Regional appearance by Shiso Go and Jack Rhea. In addition to the NCAA individual appearances, the Bucs also achieved something never done before in program history, winning the 2018 Bank of Tennessee Intercollegiate in Warren’s final home tournament in his coaching career.

The support from the community and Warren’s persistence helped the creation of the Warren-Greene Golf Center, which began construction in 2002 and dedicated in August 2004. With a lot of planning, fundraising, vision and support, the 3,000-square-foot facility, designed by Jeremy and Ken Ross of Johnson City and built by Burleson Construction, gave the golf program a new home. In addition, the exterior practice area was designed by world-renowned golf architect Tom Fazio. This $2.4 million project was privately funded and not only had a significant impact on both the Men’s and Women’s Golf Programs, but all of ETSU Athletics, as it was the first major capital project since the Mini-Dome was built in 1977, and it jump-started other new capital projects.