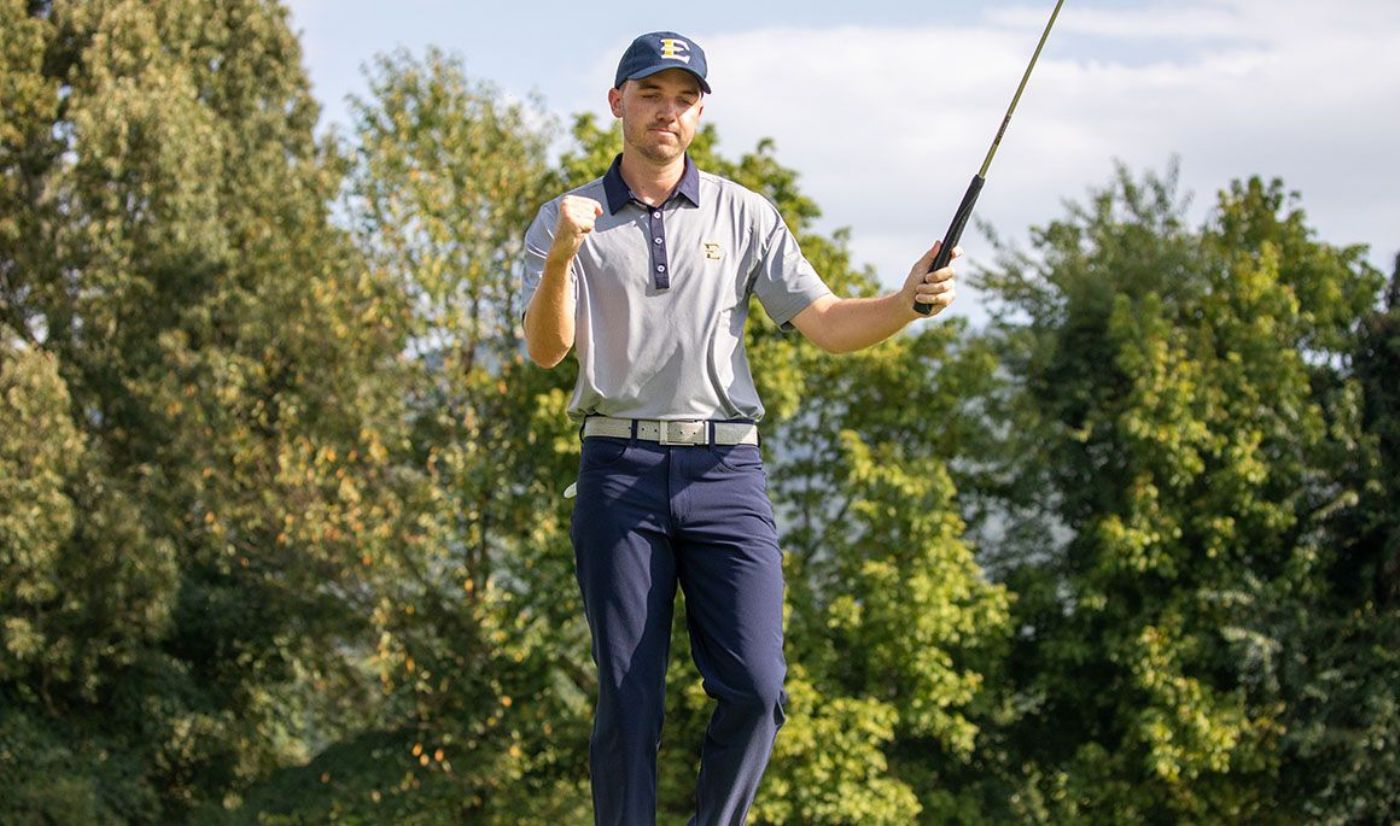 WESTLAKE VILLAGE, Calif. (Jan. 25, 2021) – It was a windy day in the opening round of the prestigious Southwestern Invitational, hosted by Pepperdine at the North Ranch Country Club in Westlake Village, Calif. The ETSU Men’s Golf team battled both a loaded field and wind gusts nearing 30 mph to sit in a tie for 7th following a 17-over-par (305) first round.

Graduate student, Trevor Hulbert (Orlando, Fla.) continued his momentum from winning the 2021 First Coast Amateur with an even-par (72) in the opening 18 holes of play and is tied for sixth heading into day two. Hulbert began his round with four smooth pars to get things started before suffering a setback on the par-4 5th hole. The Florida native also tallied a bogey on the 8th hole, making the turn at 2-over-par (38). Hulbert rebounded to have a flawless final-nine stretch, carding two birdies and seven pars to draw back to even-par for the tournament. The ETSU grad student tallied birdies on No. 12 and then finished his round with a lengthy birdie putt on the par-4 18th, a hole that played as the toughest hole on the course at 4.82 strokes per person. Hulbert’s birdie on No. 18 was one of just three birdies that the finishing hole yielded to the field today.

Archie Davies (Carlisle, England) and Shiso Go (Kanagawa, Japan) each finished the opening 18 holes with identical scores of 5-over-par (77) as the duo are tied for 28th. Davies jumped out to a slow start, making the turn at 4-over-par (40) with just one birdie. However, the England native settled down and posted a 1-over-par (37) back nine with a pair of birdies on No. 11 and No. 12. Go also struggled out of the gate, registering a triple bogey on the first hole. However, the veteran golfer regained his composure and finished 2-over-par on the final 17 holes of play, including a trio of birdies on his scorecard.

Jack Rhea (Jonesborough, Tenn.) was the final countable score for the Bucs, posting a 7-over-par (79) opening round. The Tennessee native began his round with a double bogey on the opening hole, but rebounded five holes later with one of two birdies on the day. Rhea birdied two of the four par-5s in the opening round to sit tied for 44th in the field.

There is a three-way tie for first place: Shane Ffrench (USC), Noah Goodwin (SMU) and David Puig (Arizona State). Ffrench held a two-stroke lead heading into the final hole before a costly double bogey brought him back to the field.

The Bucs will be back in action tomorrow for the second round of the Southwestern Invitational. The Bucs will tee off at 1:40 p.m. (ET) beginning with Remi Chartier and concluding with Trevor Hulbert at 2:36 p.m. (ET). The Bucs and their playing partners will be teeing off on hole No. 10 to start their rounds. Live coverage of the second round will begin on the Golf Channel at 4:30 p.m. (ET) and will run until 7:30 p.m. (ET).