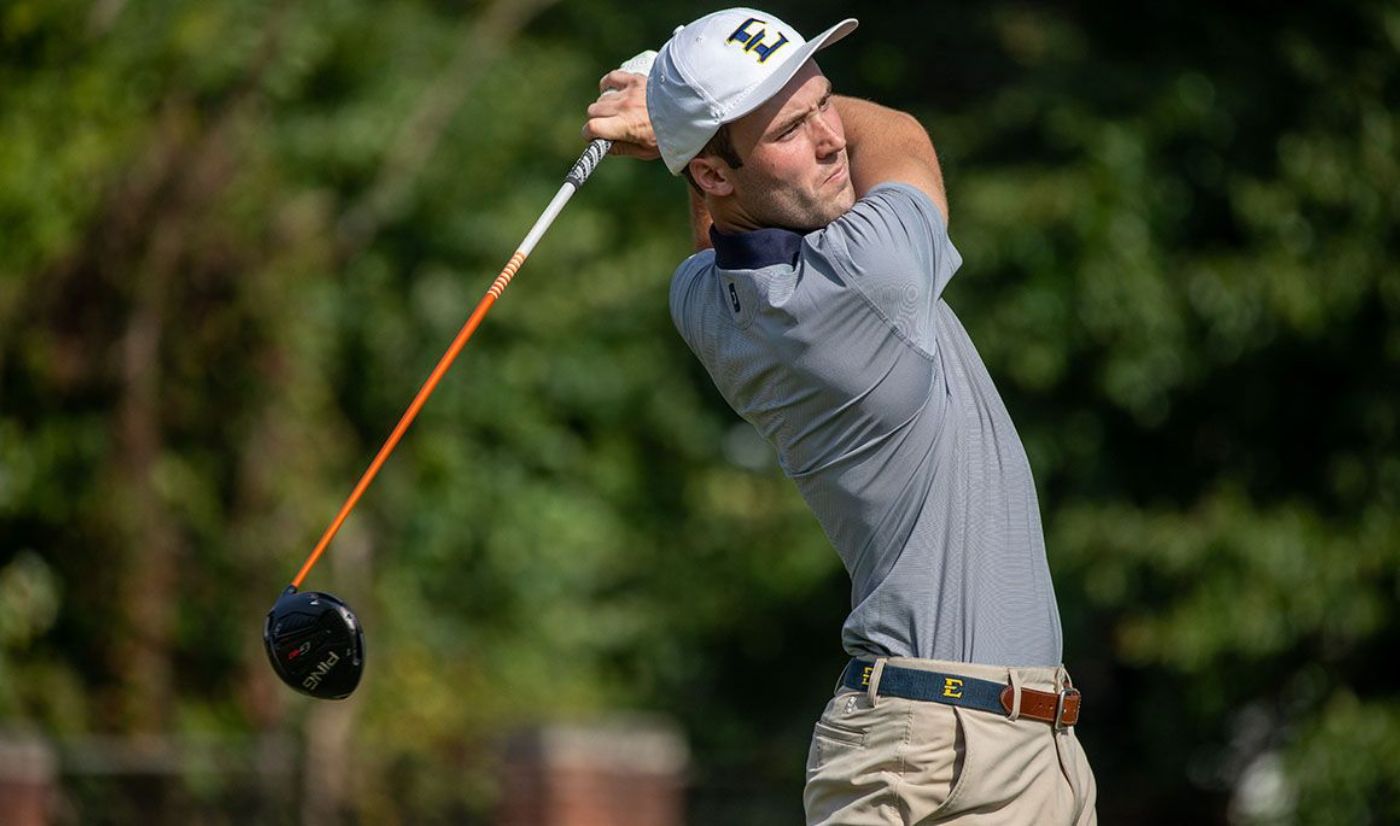 The 54-hole event began on Sunday, Jan. 31 with 36 holes of action at the Georgia Southern Golf Course. Espinosa, who finished T-9 at this event last season, led the charge for the Bucs with an 8th-place finish and an overall score of 10-over-par (226). The Spain native began the event with a 3-over-par (75) round before rebounding with a 1-under-par (71) performance to cap off Sunday’s festivities, sitting in 5th overall. However, a rough Monday final-round performance saw Espinosa drop three spots to 8th following an 8-over-par (80). The 8th-place finish ties Espinosa’s best collegiate finish, taking home a T-8 at the 2020 General Hackler Championship on March 10, 2020.

Carter, making his season debut, finished T-20 in Statesboro with an overall performance of 19-over-par (235). The ETSU senior began his first tournament of the new year at 6-over-par (78), followed by a 3-over-par (75) performance to close Sunday’s action. The Kingsport, Tenn. native struggled through his final round on Monday, carding a 10-over-par (82).

Wolf struggled to gain any momentum this weekend as he finished the individual tournament tied for 28th at 29-over-par (245). Sunday’s rounds saw the DePaul transfer card a 6-over-par (78) performance and later conclude the day with a 13-over-par (85) round. Wolf tied Carter on the final day, shooting 10-over-par (82).

Dawson Peters of South Carolina Beaufort took home the medalist honors as the only player under par, finishing 1-under-par (215) for the event. Peters was closely followed by Chattanooga’s Connor Nolan (E) and Tim Tillmanns (+2) of Kansas State.

ETSU will swing back into team play on Sunday, Feb. 14 as the Bucs travel to Kiawah Island, S.C. to take part in the 2021 Kiawah Invitational hosted by College of Charleston. The event will be a three-day tournament, playing 18 holes each day and concluding the event on Tuesday, Feb. 16.