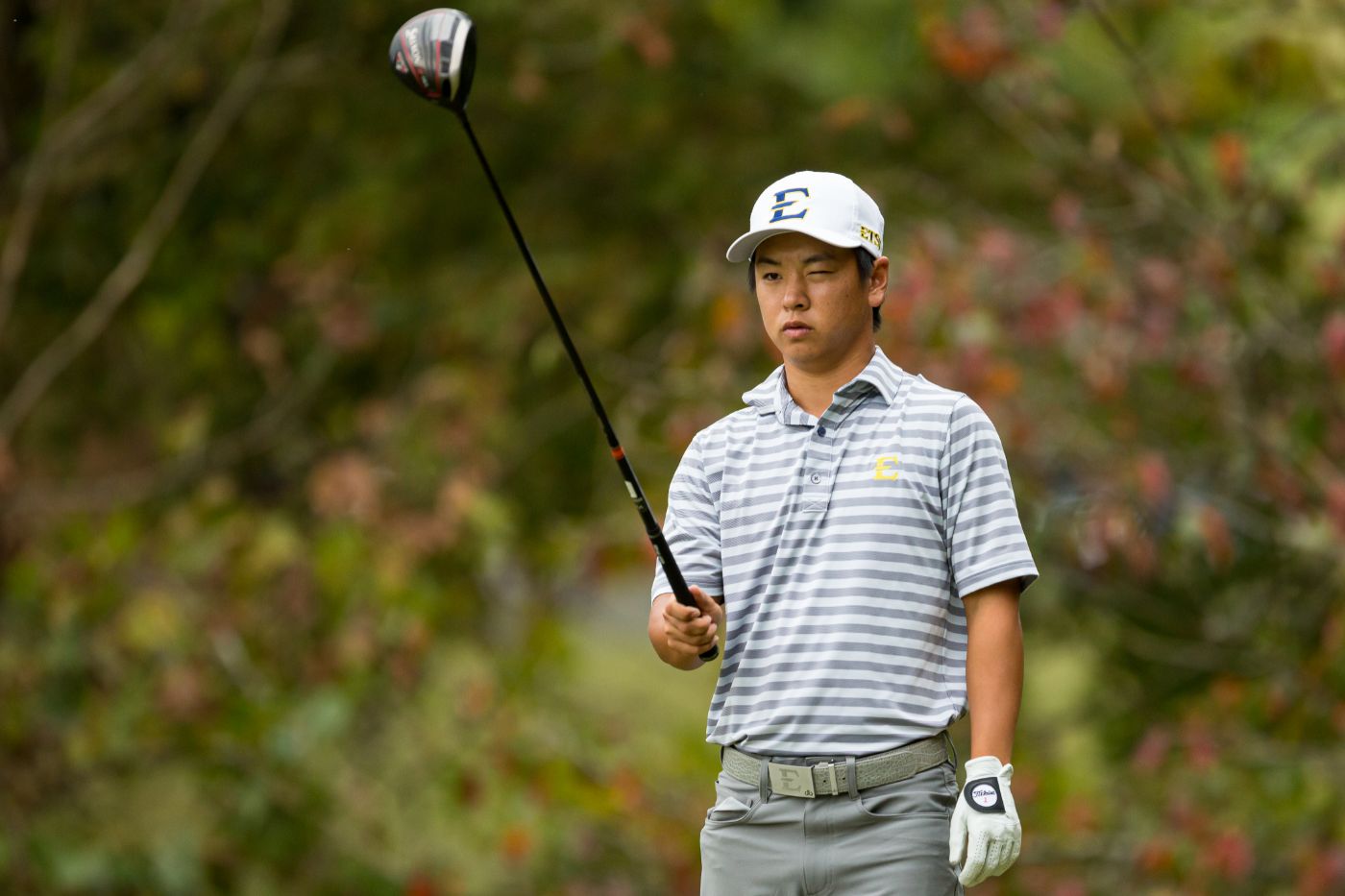 Second-round play suspended due to darkness

KIAWAH ISLAND, S.C. (Feb. 15, 2021) – The ETSU Men’s Golf team was finally able to storm the Oak Point Golf Club in Kiawah Island, S.C. after missing yesterday’s action due to weather. The Bucs were able to finish the opening round and more than half of the second round before play was called due to darkness. The Bucs are currently sitting in a tie for third with Clemson at 18-under-par, trailing Wake Forest (-33) and Kentucky (-23).

ETSU has been led by redshirt-freshman Archie Davies (Carlisle, England) and senior Shiso Go (Kanagawa, Japan). The duo is sitting in a five-way tie for fourth place at 7-under-par. Davies tallied the low round of the opening round for the Bucs after a 4-under-par (68). The England native was able to bounce back from a double bogey on the opening hole to turn in an even-par (36) front nine. Davies carried his momentum into the back nine, firing four birdies and five pars to card a 32 in the final nine holes. The redshirt-freshman then began his second round with an eagle on the third hole to quickly vault up the leaderboard. Through 12 holes of play in the second round, Davies is 3-under-par with one eagle, two birdies and one bogey.

Go posted a 2-under-par (70) in the opening round with four birdies and two bogeys. The Japan native carded two birdies and one bogey per side, sitting in a tie for 17th after the opening 18 holes. The ETSU senior was slow out of the gate with back-to-back bogeys to open the round before catching fire on the next 11 holes with seven birdies. Go will resume play with five holes before jumping into the third round.

Trevor Hulbert (Orlando, Fla.) is currently tied for 15th through 31 holes of play. The redshirt-senior began his day with a 2-under-par (70) in the opening round. Hulbert birdied two of the first three holes before falling back to even with bogeys on No. 13 and No. 14. The Florida product birdies two of the final 13 holes to cap off his opening-round score of 70. Hulbert continued his steady play in the second round with 11 pars and two birdies in 13 holes before play was halted.

Sam Espinosa (Pedrena, Spain) rounds out the team scoring, tied for 49th at 1-over-par. The redshirt-freshman began his day with a 1-over-par (73) score with two bogeys and one birdie. Espinosa began his second round with three birdies to quickly jump up the leaderboard. However, one bogey and one double bogey later saw Espinosa drop back to even par for the round before darkness struck in South Carolina. The Spain native will have three holes to play when action continues in the morning.

Eric Bae (Wake Forest) is leading the player leaderboard at 11-under-par thanks to an opening 65 (-7). Bae is followed by Reid Bedell (-8) of Kentucky and Zach Reuland (-8) of College of Charleston.

The final day of the 2021 Kiawah Invitational will begin at 8 a.m. with players finishing their final holes in the second round. The Bucs will then roll straight into the final round instead of repairing for the final 18 holes.