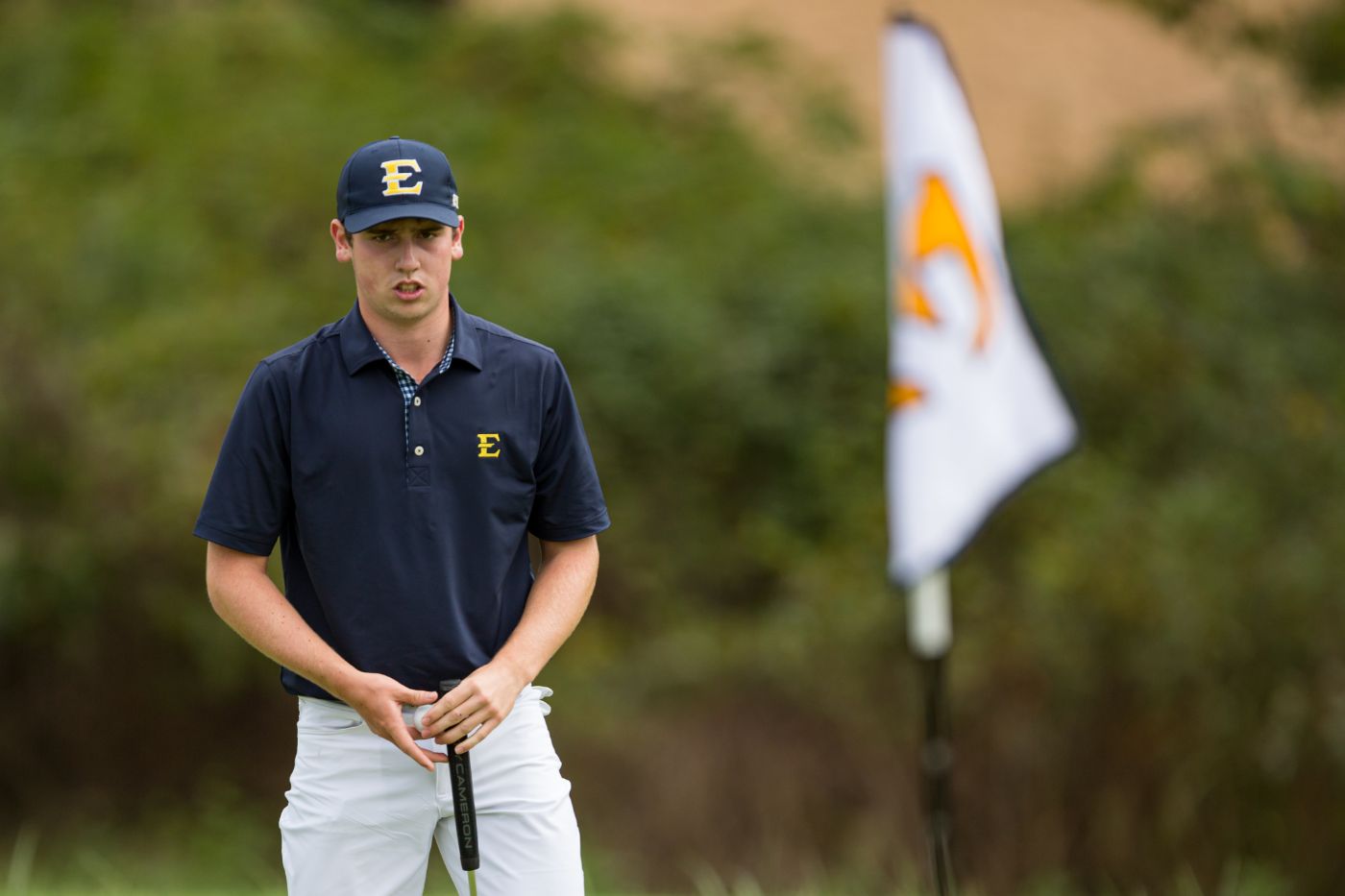 KIAWAH ISLAND, S.C. (Feb. 16, 2021) – It was a career-best event for redshirt-freshman Archie Davies (Carlisle, England) as the England native finished in a two-way tie for second place at the 2021 Kiawah Invitational. As a team, the ETSU Men’s Golf squad finished fourth in the 14-team field with a team score of 24-under-par (840). The Bucs were one of four teams that posted a score of 20-under-par or better for the tournament. In the final round, ETSU carded a score of 283 (-5).

“Our goal is always to win, but after a slow start in the first round I am pleased with the 4th-place finish,” stated Head Coach Jake Amos. “We were trying to catch Clemson and Kentucky today, but just didn’t make enough birdies down the stretch. We have played in some incredibly strong fields this season, including another one this week. We are starting to find our stride a little bit after a stop and start season. We picked up some nice wins and had all five guys playing well.”

Davies highlighted the event for the Bucs after notching his first career Top-3 finish. The England product carded a flawless final-round score of 68 (-4) to jump into a two-way tie for second at 11-under-par (205). The 205 is the best 54-hole score for the young Buccaneer. After consecutive pars to open his final round, Davies collected back-to-back birdies on No. 12 and No. 13 to jump to 2-under-par for the round. The redshirt-freshman went on to par the next eight holes before posting another red figure on the par-5 4th hole. Davies climbed one more spot on the leaderboard following another birdie-4 on the par-5 8th to solidify his final-round score of 68. For the event, Davies scored an eye-opening 13-under-par when playing the Par-5s, leading the field with a 4.13 stroke average on said holes.

“Archie was coming off a really good finish in California and is in great form right now,” stated Coach Amos. “He’s learning to manage his game so well and his bogey-free round today shows that. He has a great attitude and work ethic. I have no doubt it’s only a matter of time before he gets his first college win.”

Davies was followed by Trevor Hulbert (Orlando, Fla.) who finished T-8th for his second Top-10 finish of the season and seventh in his career. The Florida native began his final round with birdies on No. 10 and No. 12 to quickly move to 2-under-par for the round. Hulbert could not get over the hump as he collected par on 11 consecutive holes. The redshirt-senior slipped up for his only bogey of the round on the par-4 6th hole, falling to 1-under-par for the event. Hulbert finished even-par in the final three holes to secure a Top-10 with a tournament score of 209 (-7).

Shiso Go (Kanagawa, Japan) was the final Buccaneer under par for the event, despite a 3-over-par final round. Go finished T-23rd for the 54-hole tournament with a score of 3-under-par (213). Go was unable to maintain his second-round momentum where he posted a 4-under-par (68). The Japan native recorded four bogeys and one birdie to card a 75 (+3) to slide down the leaderboard.

The final countable score belonged to Sam Espinosa (Pedrena, Spain) after he posted his second consecutive even-par (72) round. The redshirt-freshman finished 1-over-par (217) for the event, after finishing the final round with two birdies and a pair of bogeys. For the tournament, Espinosa finished with six birdies, five bogeys and one double bogey.

Wake Forest ran away with the event as the 7th-ranked Demon Deacons finished at 37-under-par (827). Wake Forest was followed by fellow ACC foe Clemson (-28) who is tied with the Demon Deacons at 7th in the GolfWeek standings. Kentucky (-25) finished third in the field, one shot ahead of the Buccaneers.

Davies and Eric Bae (Wake Forest) finished tied for second at 11-under-par (205) on the individual leaderboard. However, the duo could not catch up with Wake Forest’s Michael Brennan who claimed individual medalist honors with a score of 16-under-par (200).

ETSU will be back on the golf course on Sunday, March 14 when the Bucs compete at The General Hackler in Myrtle Beach, S.C. The 54-hole event will conclude on Tuesday, March 16.