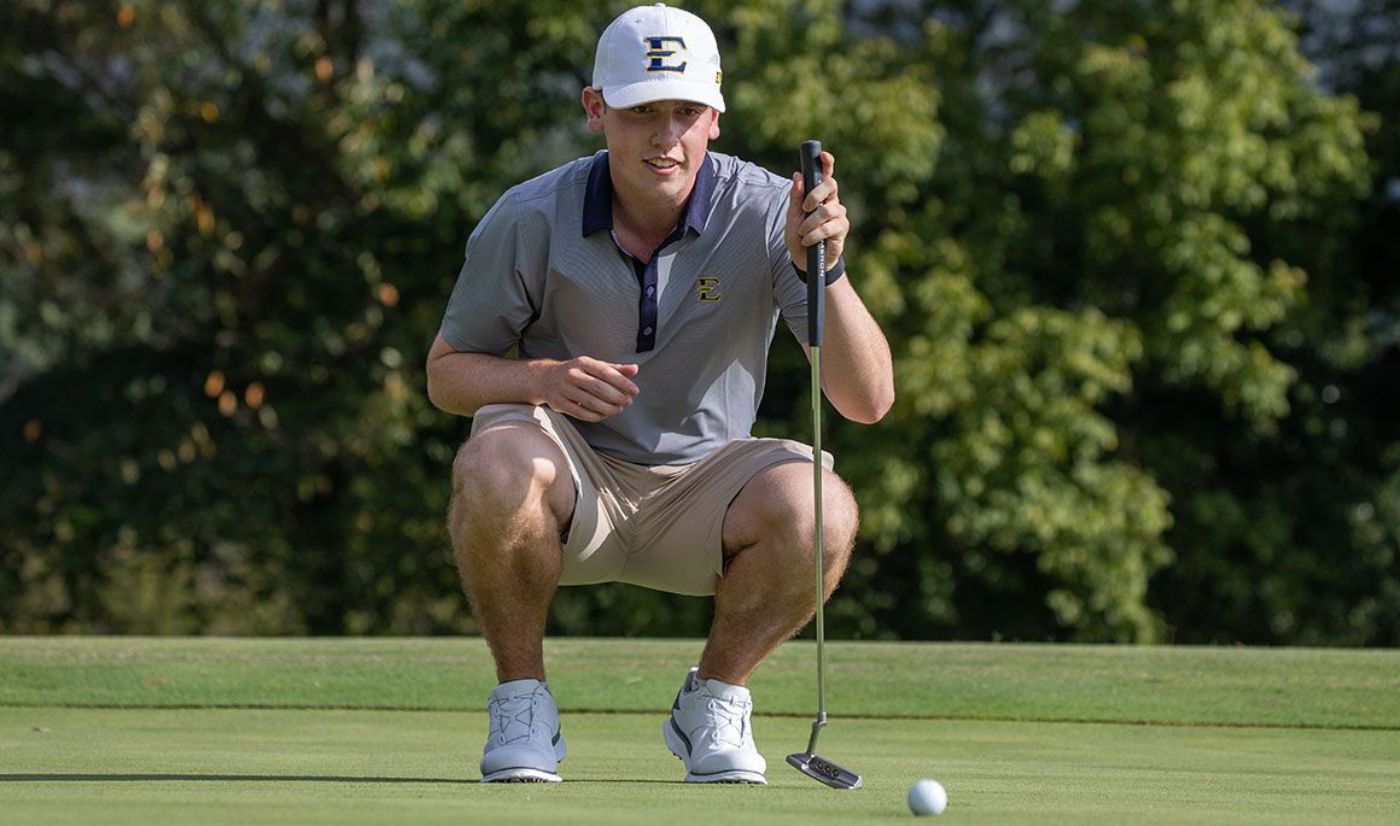 SPARTANBURG, S.C. (Feb. 24, 2021) – For the first time in his collegiate career, ETSU Men’s Golf redshirt-freshman Archie Davies (Carlisle, England) has been named the Southern Conference Men’s Golfer of the Week. The league office announced the first award of the season on Wednesday afternoon. The award covered all tournaments leading up to Tuesday, Feb. 23.

Davies has led the Bucs in both of the team tournaments to begin the spring season, beginning with the Southwestern Invitational. Davies kicked off the 2021 spring campaign with a T-11 finish in the high-powered Southwestern Invitational in Westlake Village, Calif, competing on the Golf Channel and against the likes of Pepperdine, Arizona State, Louisville and Georgia Tech to name a few teams. The England native started off with a bumpy 5-over-par (77) round before rebounding to finish 1-under-par the next two days following a 71 (-1) and 72 (E).

The redshirt-freshman was back at it again in the Kiawah Invitational, turning in a career performance. Davies finished tied for second in South Carolina, his first career Top-3 finish. Davies was able to post three consecutive sub-70 rounds, his first round in the 60s all season. The England product posted season-low scores of 68 in the first and third round to capture the silver podium in ETSU’s most recent event. Since returning to action in the spring, Davies is averaging 70.8 strokes per round, including 68.3 in Kiawah.

Davies and the Bucs will be back in action on March 14, competing in The General Hackler in Myrtle Beach, S.C.