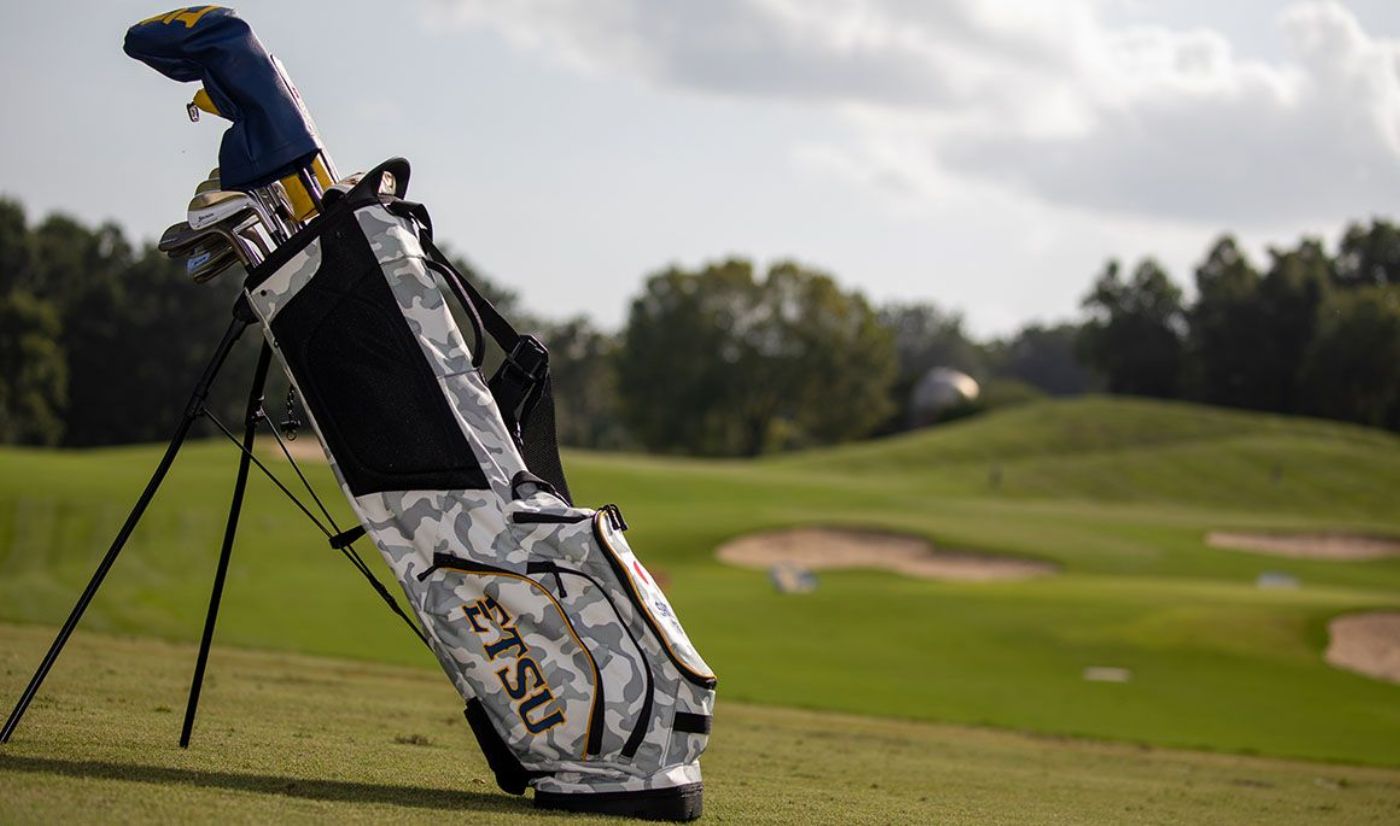 ETSU ready to return to action in South Carolina

MYRTLE BEACH, S.C. (March 13, 2021) – After nearly a month away from competition, the ETSU Men’s Golf team will be back in action at the 2021 General Hackler Championship in Myrtle Beach, S.C. The event will commence on Sunday, March 14 and will conclude on Tuesday, March 16. This specific tournament was the last team event that ETSU competed in for 2020 prior to the COVID-19 shutdown. The Bucs finished 4th in the field with a score of 5-under-par (859).

Buc Nation
Coming off a 4th-place finish in the Kiawah Invitational, the Bucs aim to climb up the leaderboard for their first team win of the season. Archie Davies (Carlisle, England) will lead the Blue & Gold into Myrtle Beach, looking to continue his momentum from the last time out. Davies most recently earned Southern Conference Men’s Golfer of the Month for his finish in Kiawah, posting a T-2nd placement with a score of 11-under-par (205). The second-place finish was Davies’ first collegiate Top-3 score.

Trevor Hulbert (Orlando, Fla.) follows Davies in the lineup, having tallied two Top-10 finishes this season. The Florida native most recently put together a T-8 score at the Kiawah Invitational with a tournament score of 7-under-par (209). Last season, Hulbert recorded his best collegiate finish at the General Hackler Championship, placing T-2nd in the field on his birthday.

Shiso Go (Kanagawa, Japan) and Jack Rhea (Jonesborough, Tenn.) will hold the No. 3 and No. 4 spots in the lineup. Go is coming off his best finish for the season, placing T-23 down in the Kiawah Invitational. The Japan native put together his lowest round of the season in South Carolina, registering a 4-under-par (68). Rhea looks to get back to form, having only cracked the Top-50 once in the last three tournaments. Rhea started off the year with a T-9 finish at the Scenic City Collegiate on Sept. 22, 2020.

The final team representative will be Ben Carberry (Bonnybridge, Scotland) who looks to rebound from the Kiawah Invitational. Carberry started off the tournament at 1-over-par through two rounds before a tough final round saw him fall down the leaderboard. Austin Carter (Kingsport, Tenn.) will make the trip with the Bucs as an individual, his first tournament since the Thomas Sharkey Individual Collegiate on Feb. 1.

About the Tournament
This weekend will mark the 20th General Hackler Championship, a tournament that began in 2002 with Washington State winning the inaugural championship. The format will be 18 holes per day, beginning at 8:45 a.m. on both Sunday and Monday. The final round will begin at 8:15 a.m. on Tuesday. The tournament will feature split tees with the top nine teams teeing off on hole No. 1 in the final two rounds.

The tournament will be held at The Dunes Golf & Beach Club in Myrtle Beach, S.C. The course is a par-72 on the scorecard and measures out to 7,233 yards.

A Robert Trent Jones design, the course was architected in 1948 as a championship course designed to integrate the rolling hills and the natural sands of the beach. Since then, the course has seen renovations that have brought both the USGA and the PGA to its track. In 2013 Rees Jones (son of Robert Trent Jones) came in and installed Ultradwarf Championship Bermuda greens, replacing the A-1 Bentgrass that was previously install, providing more of a challenge for the every-day golfer.

The Field
The 2021 General Hackler Championship features a 15-team field, including five squads inside the most recent GolfStat Top 50 standings. North Carolina (No. 8) returns as the defending champion from last season’s General Hackler, posting a winning score of 21-under-par. Joining the Tar Heels inside the Top 50 are: North Florida (No. 28), N.C. State (No. 32), Ole Miss (No. 35) and Louisville (No. 47).