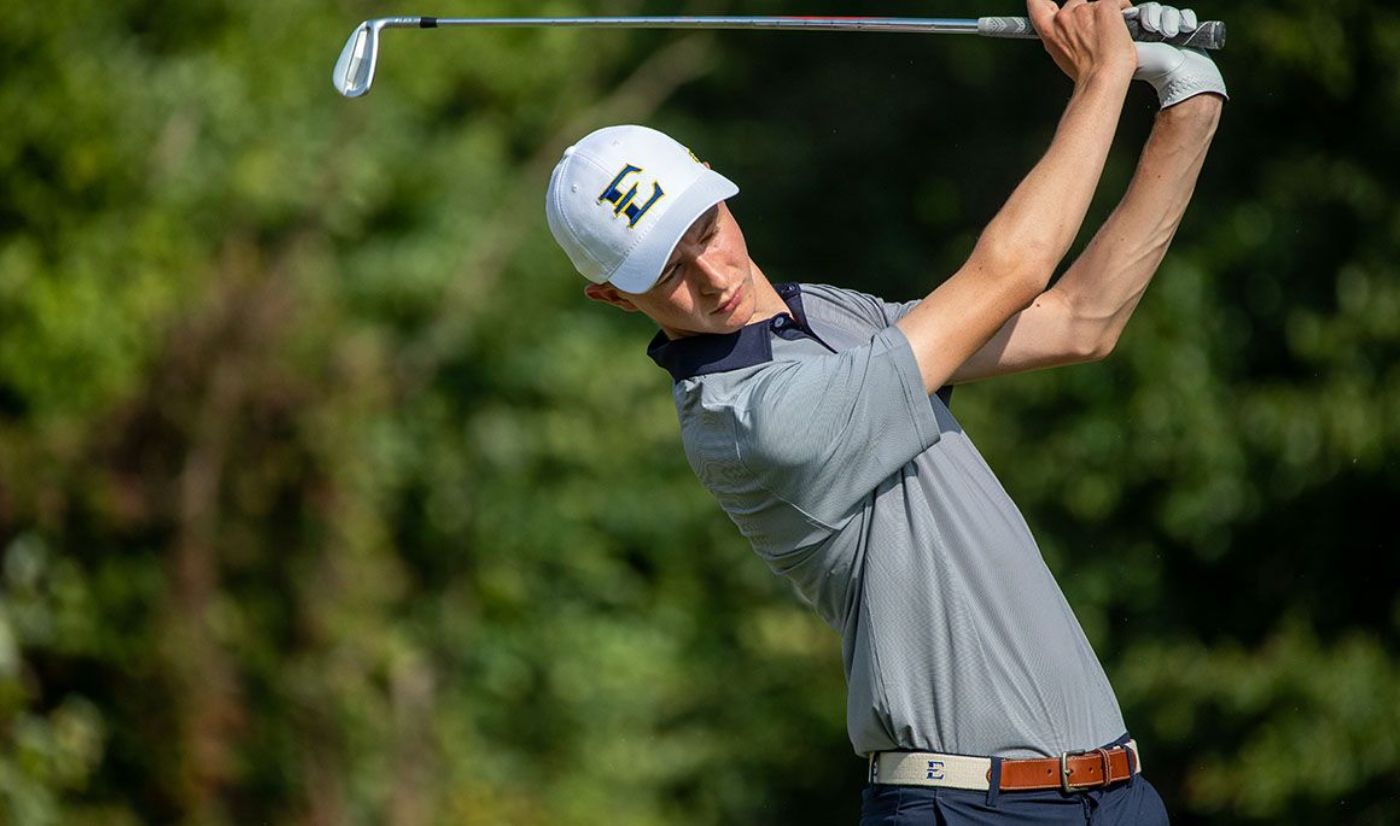 Bucs Labor Through Opening Round in Myrtle Beach
Related Links

MYRTLE BEACH, S.C. (March 14, 2021) – The ETSU Men’s Golf team kicked off the opening round of the 2021 General Hackler Championship on Sunday in Myrtle Beach, S.C. with an opening round score of 2-over-par (290). The Bucs were slow out of the gate and couldn’t maintain momentum with the field, sitting in a three-way tie for 10th.

The Bucs were led by Archie Davies (Carlisle, England) in the opening round as the redshirt-freshman carded an opening round score of 1-under-par (71). Davies was the lone Buccaneer in red figures and is currently tied for 23rd in the field. After a bogey to start his round, Davies responded with three pars and two birdies in the next five holes to crawl into red numbers. The England product fell back to even-par with a bogey on the par-4 7th hole, but responded with an immediate birdie on No. 8. Davies carded an even-par (36) back nine to cap off his opening round.

ETSU saw a strong performance from freshman Ben Carberry (Bonnybridge, Scotland) who finished even par (72) in the opening round, currently sitting in a tie for 34th. Carberry had a methodical start to his round with one birdie and 11 pars in his first 12 holes of play. His final six holes of action saw the Scotland native card two bogeys and one birdie to conclude his even-par round.

The third Buccaneer to place in the round was Trevor Hulbert (Orlando, Fla.) who finished 1-over-par (73) for his opening round. The Florida native, currently tied for 47th, began his round with a bogey but rebounded three holes later for a birdie on the par-5 4th hole. Hulbert finished his final 14 holes of the day at 1-over-par, posting two bogeys and one birdie.

The final countable score for the Bucs belonged to senior Shiso Go (Kanagawa, Japan). Go concluded his opening round at 2-over-par (74) to sit in a tie for 57th. Through his first nine holes of action, the Japan native put together seven pars but stumbled with back-to-back bogeys on No. 5 and No. 6. After falling to 3-over-par on the 12th hole, Go settled down to crawl back to 1-over-par with two birdies in three holes. However, the Japan senior finished the final three holes with one bogey and two pars.

Louisville is currently pacing the field after a 13-under-par (275) opening round. The Cardinals are followed closely by fellow ACC opponent, North Carolina, at 11-under-par (277). Kent State rounds out the top three on the team leaderboard after carding an opening round 10-under-par (278).

There is currently a three-way tie atop the individual leaderboard between Josh Gilkison (Kent State), Nick Infanti (North Florida) and John Murphy (Louisville). The trio are all tied at 6-under-par after firing a 66 in the opening round.

ETSU will be back in action tomorrow morning in round two of the 2021 General Hackler Championship. The Bucs will be starting on the back nine, teeing off on hole No. 10 alongside UNCG and Ole Miss beginning at 8:45 a.m.