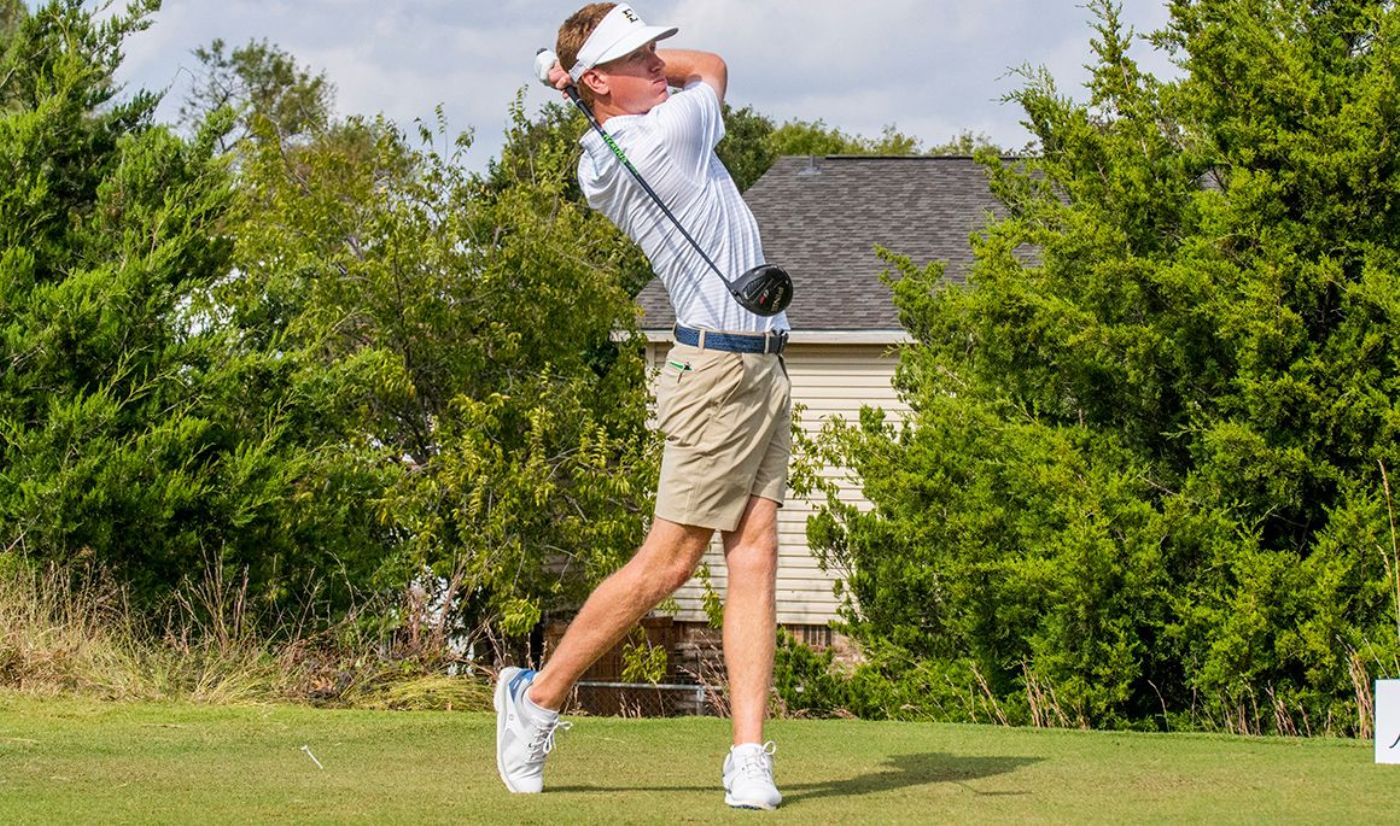 Bucs tie N.C. State and UNF for largest jump of the day

MYRTLE BEACH, S.C. (March 15, 2021) – After carding a 2-over-par (290) in the opening round of the General Hackler Championship, the ETSU Men’s Golf team responded with a similar 1-over-par (289) in the second round. However, the course played tougher in day two as the Bucs’ 289 was the third-best team score of the day, trailing N.C. State (278) and North Florida (283). ETSU climbed three spots up the leaderboard into solo 7th, tying N.C. State and North Florida for the largest jump up the leaderboard after round two.

For the second consecutive round, Archie Davies (Carlisle, England) led the Buccaneer squad with a 2-under-par (70). Davies’ round catapulted the redshirt-freshman into the Top-10 on the leaderboard as he is currently tied for ninth at 3-under-par (141). The England product began his day on the back nine, starting off with back-to-back birdies. Davies dropped a shot on his fourth hole, but responded with five consecutive pars to make the turn at 1-under-par (35). The young competitor gained the stroke back on the par-4 2nd hole with a birdie to climb back to 2-under-par. Davies capped off his last seven holes at even-par, including one birdie and one bogey.

ETSU saw a consistent round from Trevor Hulbert (Orlando, Fla.) as the redshirt-senior posted a score of even-par (72) to climb 23 spots into a tie for 24th. Hulbert picked up his first bogey on his fourth hole, but retaliated with a pair of birdies in a three-hole span. Making the turn at 1-under-par (35), the Florida native collected eight pars and one bogey down the stretch to finish with an even-par (72) round.

The biggest improvement for the Buccaneers came from veteran golfer Jack Rhea (Jonesborough, Tenn.) who posted a second-round score of 1-over-par (73), jumping 25 spots into a tie for 57th. Rhea started out slow with two bogeys in his first nine holes, but crawled back to even par with a birdie on the 10th and 12th hole of the day. The Tennessee product then dropped another shot on the par-4 6th hole, finishing his round at 1-over-par.

Ben Carberry (Bonnybridge, Scotland) posted the final countable score for the Blue & Gold, finishing his second round with a score of 74 (+2). Carberry began his round with a bogey on the 10th hole, before carding a birdie on the 11th to quickly jump back to even-par for his round. The ETSU freshman put together 14 pars and two bogeys in his final 16 holes of action.

N.C. State’s Maximilian Steinlechner leads the individual field at 10-under-par after putting together a 67 (-5) in day two. Nick Gabrelcik (UNF) sits second on the leaderboard (-8), while there is a three-way tie for third at 6-under-par between: Zack Taylor (CCU), Easton Paston (N.C. State) and John Murphy (Louisville).

The Bucs will wrap up play in the 2021 General Hackler Championship tomorrow at The Dunes Golf & Beach Club in Myrtle Beach, S.C.