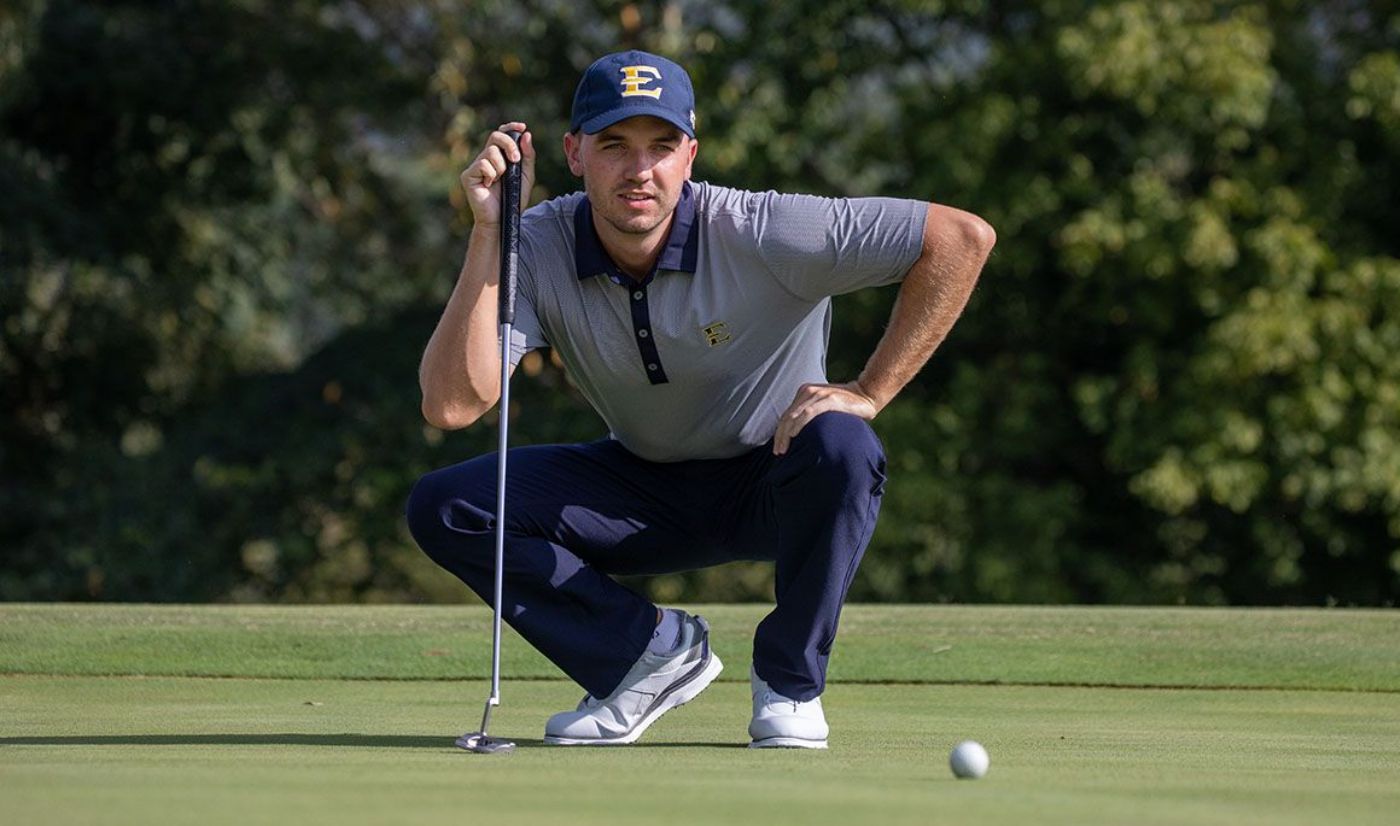 Battling tough weather conditions, Hulbert and Davies both finished the tournament tied for 19th at 3-over-par 219. In Tuesday's final round, Hulbert played the front nine at even-par thanks to one birdie, seven pars and one bogey, while he had bookend bogeys to go with seven pars on the back to post the 74, marking his third top-20 finish this season. Davies, who had back-to-back rounds below par entering the day, carded a 6-over 78 in the finale for his fourth top-20 showing on the year.

North Florida’s Nick Gabrelcik, ranked No. 13 via Golfstat, earned medalist honors as he finished the 54-hole tournament at 11-under-par 205. Gabrelcik, one of nine golfers in the 90-player field to post a score below par on Tuesday, won by two strokes over Louisville’s John Murphy and by three shots over Coastal Carolina’s Zack Taylor.

The Blue and Gold finished tied for eighth with No. 35 Ole Miss – one of five teams in the field ranked in the Golfstat Top 50 – at 15-over-par 879. Not one team in the field of 15 generated a score below par in Tuesday’s final round as both Louisville and Indiana went low at 2-over 290. The Bucs shot a 12-over 300 in the difficult conditions.

Senior Shiso Go (Kanagawa, Japan) had the Bucs’ lowest round on Tuesday as he rallied to finish with an even-par 72. Go was three-over thru his first four holes, but registered three birdies over his last 10 holes to move into a tie for 32nd with teammate Ben Carberry (Bonnybridge, Scotland) at 6-over-par 222.

The Bucs have a quick turnaround as they return to action on Friday for opening round play at the Schenkel Invitational, held at the Forest Heights Country Club in Statesboro, Ga.