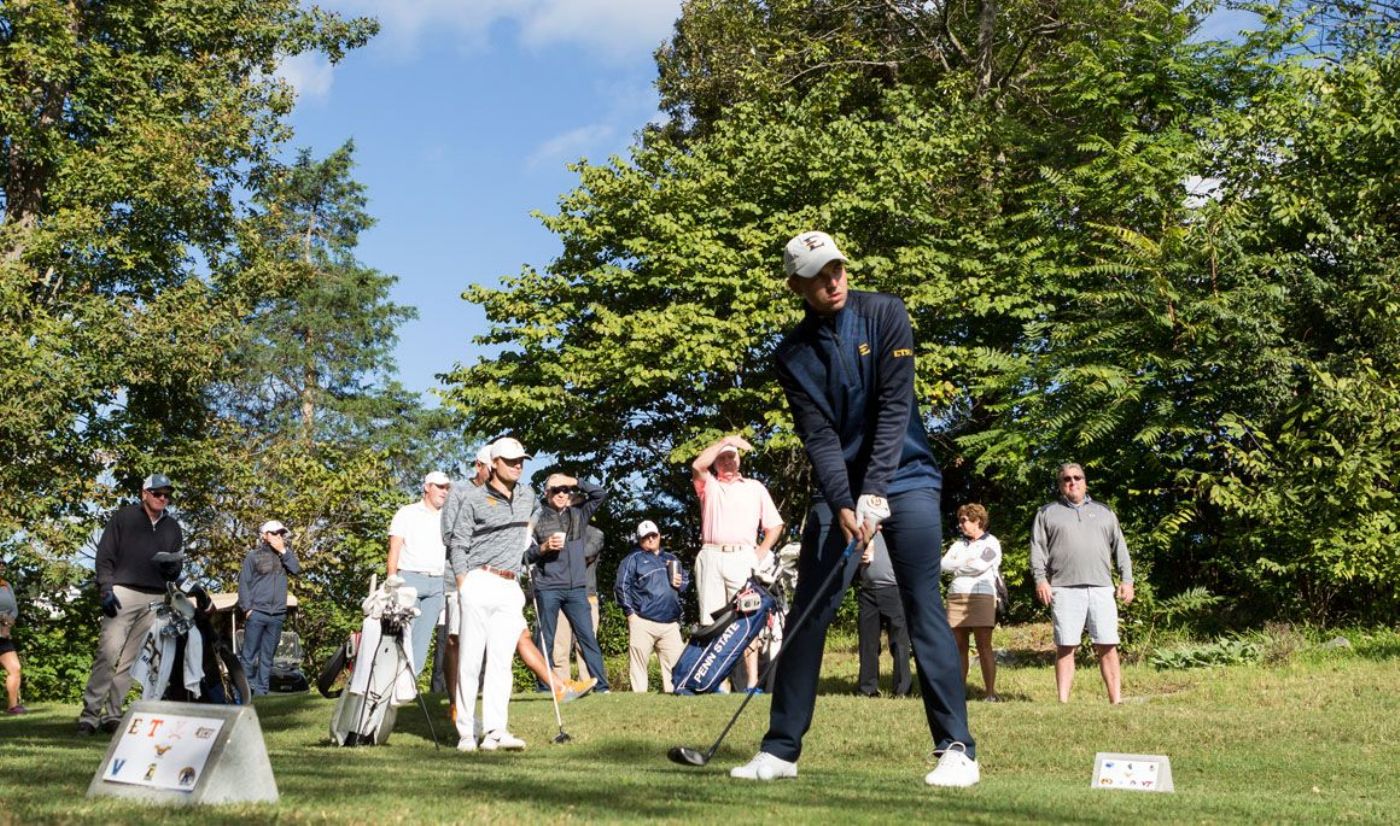 Hulbert continues to lead Blue and Gold in Statesboro

STATESBORO, Ga. (March 20, 2021) – Looking to move into contention at Schenkel Invitational, the ETSU men’s golf team was unable to find that spark, as the Buccaneers remained in the middle of the pack following second round play from the Forest Heights Country Club.

Trevor Hulbert (Orlando, Fla.) continued to lead the Blue and Gold as he’s tied for eighth at 4-under-par 140. Hulbert posted a 1-under 71 on Saturday, marking the sixth time in his last eight rounds he has registered a score of par or better.

Hulbert is eight shots behind the leader as Benjamin Shipp (NC State) holds the 36-hole lead at 12-under-par 132. Shipp carded another 6-under 66 on Saturday and leads a pack of six golfers by six shots.

On moving day, the only team to make a charge was leader, NC State.  The 21st-ranked Wolfpack fired a 9-under 279 on Saturday to open a 14-shot lead over host and 40th-ranked Georgia Southern. Furman remains in third at 9-under-par 567, while FGCU (-4) and MTSU (+6) round out the top five.

Freshman Archie Davies (Carlisle, England) had a strong finish to his round as he’s tied for 21st at 1-over-par 145. Davies had four birdies on the back nine, including a run of three straight from No. 15-17, to come back and post the 73. Senior Shiso Go (Kanagawa, Japan) was prime to make a move after he collected two eagles on the front nine; however, things shifted on the back where he shot 6-over to finish with a 3-over 75. Go is tied for 53rd (+7), while fellow senior Jack Rhea (Jonesborough, Tenn.) is tied for 46th (+6) and freshman Ben Carberry (Bonnybridge, Scotland) is tied for 60th (+8).

Sunday’s final round is scheduled to begin at 8:30 a.m., with ETSU being paired with Rutgers and Campbell.