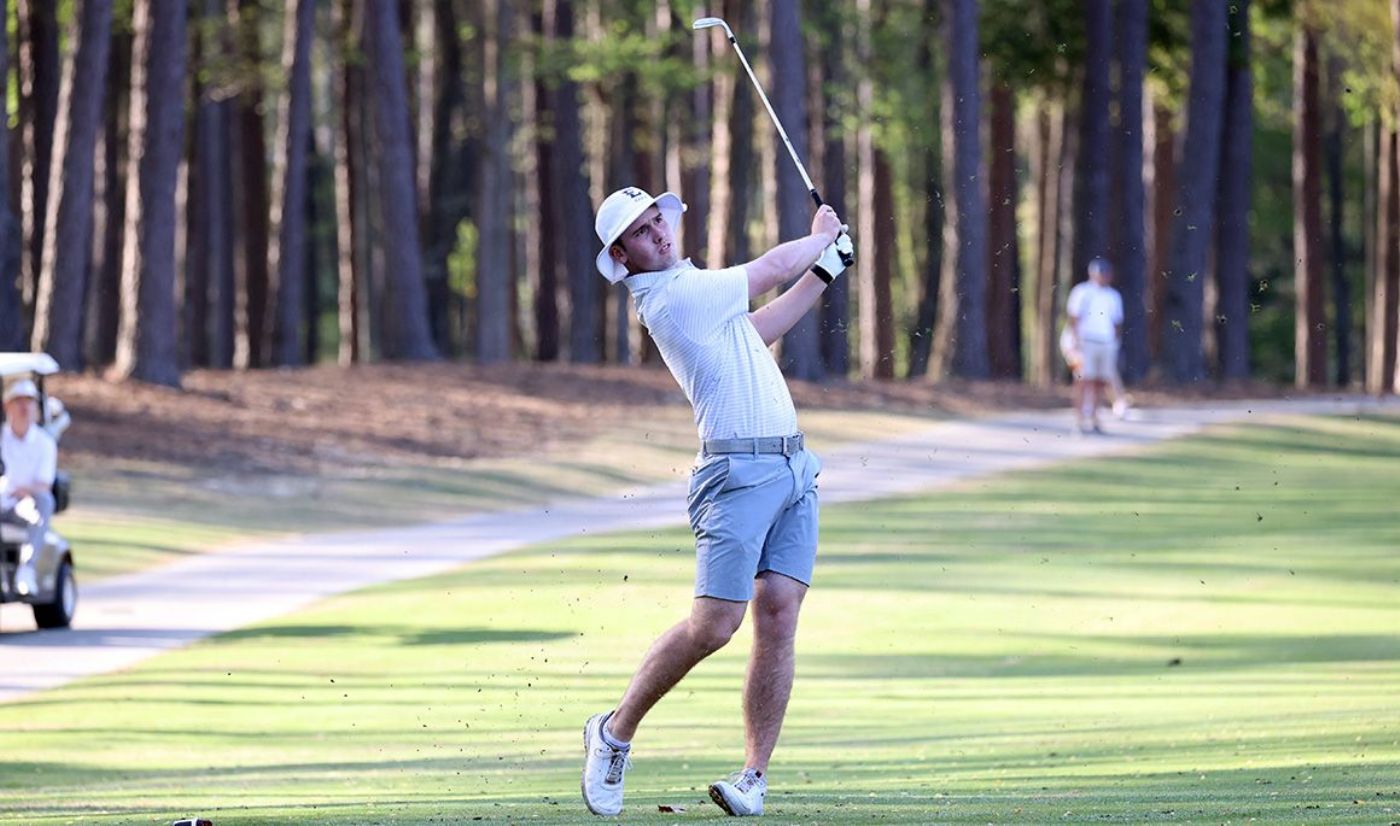 Round two halted due to inclement weather

CARY, N.C. (April 9, 2021) – The ETSU Men’s Golf team is positioned nicely nearing the end of round two at the 2021 Stitch Intercollegiate as play was halted due to inclement weather and darkness. With four holes remaining in the second round for the Bucs, the Blue & Gold find themselves in 4th place at 17-under-par, trailing N.C. State by just four strokes.

The Bucs are being led by redshirt-freshman Archie Davies (Carlisle, England) who is 6-under-par for the event, sitting in a four-way tie for 3rd. Davies began the day with a 4-under-par (68) opening round with five birdies and one bogey. The England native carried his momentum into the second round, dropping two more strokes below par after a birdie on the par-4 3rd hole and the par-4 11th hole. Davies is 2-under-par in the second round with two birdies and 12 pars with four holes to play.

Shiso Go (Kanagawa, Japan) is T-6th in the field at 5-under-par through 32 holes of play. Go torched the opening round with a 5-under-par (67) performance to tie for 1st after 18 holes. Go carded six birdies and one bogey in the first round for a season-low 67. Go is even-par in the second round with two birdies and two bogeys.

The Bucs’ third leading scorer in the field is veteran golfer, Jack Rhea (Jonesborough, Tenn.). The Tennessee native finished 2-under-par (70) in the opening round, shaking off an early double bogey with two birdies in three holes. Rhea made the turn at even-par (36) before firing three birdies and one bogey on the back nine to finish with a 70 in the opening round. With four holes remaining, Rhea is 1-under-par in the second round, climbing to T-16th at 3-under-par.

N.C. State’s Christian Salzer leads the field with a score of 9-under-par, followed by Virginia Tech’s Connor Burgess (-7) and then a three-way tie for third at 6-under-par including ETSU’s Davies.

The second round will resume at 8 a.m. at MacGregor Downs Country Club in Cary, N.C.