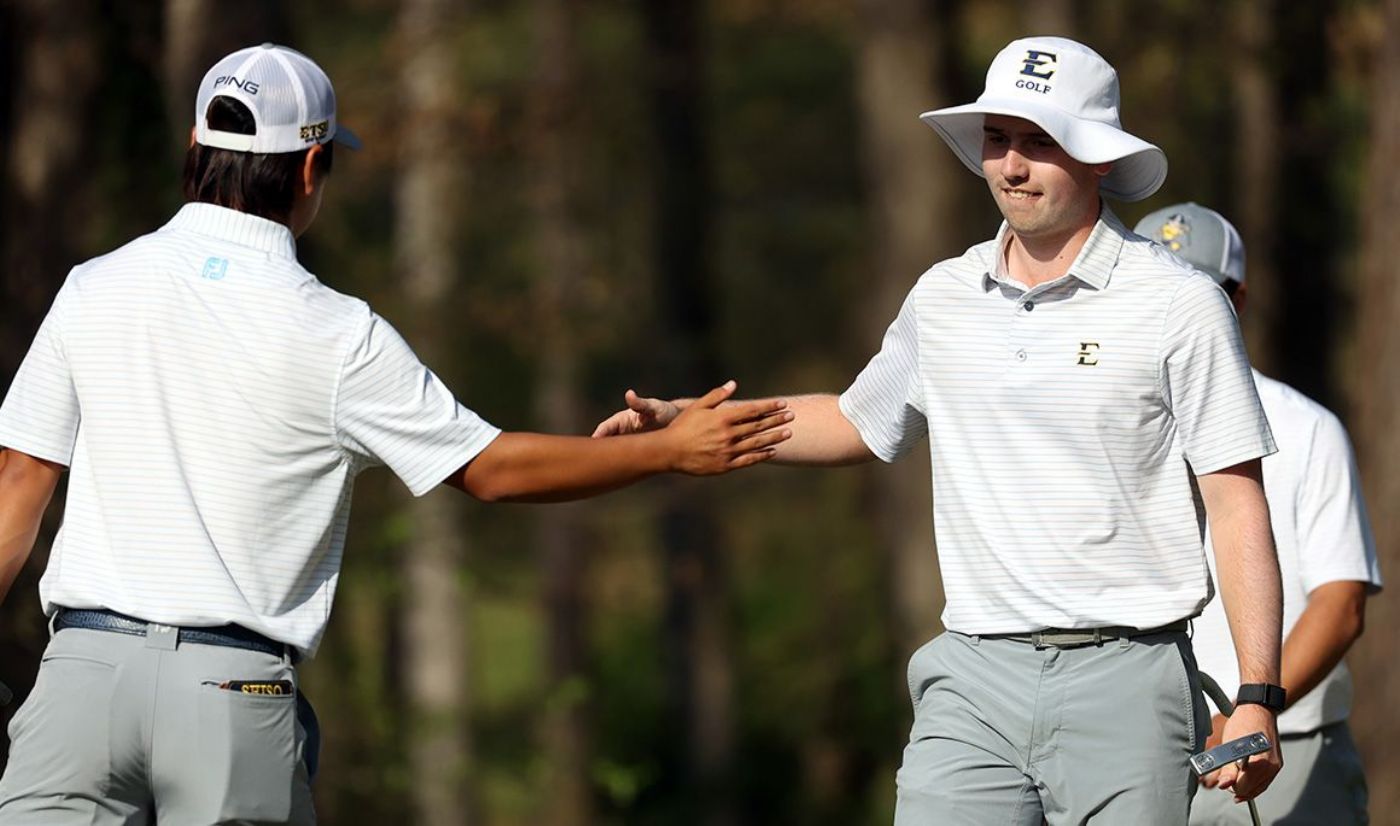 CARY, N.C. (April 10, 2021) – It was a record-setting day for the Bucs in the final day of the Stitch Intercollegiate in Cary, N.C. as the Bucs finished 3rd in a field of 12 teams. ETSU concluded the event with a team score of 38-under-par (826), a new 54-hole program record for the ETSU Men’s Golf program. The record was thanks in large part to a final-round 18-under-par (270) which ranks T-3rd lowest single round score in program history, while marking the T-2nd lowest round vs. par in school history. All five Buccaneer competitors carded season-low 54-hole totals in the tournament.

Redshirt-freshman Archie Davies (Carlisle, England) led the charge for the Bucs with his third Top-10 finish, including his second in a row. Davies finished T-7th with a tournament score of 11-under-par (205). In his final round, Davies posted a 3-under-par (69) score, picking up all three strokes on the back nine. The England native made the turn at even-par (36) after a pair of birdies and bogeys left him at 8-under for the tournament with nine holes to play. After four pars to start the back nine, Davies carded consecutive birdies and then an eagle on the par-5 17th hole. However, Davies bogeyed his final hole, dropping a few spots into a tie for 7th.

ETSU saw a career day out of graduate golfer Trevor Hulbert (Orlando, Fla.) who finished with an 8-under-par (64) final round. The final-round score of 64 (-8) was a new career low for Hulbert as he jumped 19 spots into a three-way tie for 11th in the field. Hulbert’s final round featured seven birdies, one eagle and one bogey. The graduate student made the turn at 2-under-par and then torched the back nine with a 30 (-6).

The Bucs had another competitor inside the Top-20 as Shiso Go (Kanagawa, Japan), his first Top-20 finish of the season. Go put together a stellar 18 holes of golf in the final round, finishing the event with a 4-under-par (68) final round. Go birdied two holes on the front side and two on the back nine, while registering a par in his remaining 14 holes of action.

ETSU’s final countable score came from senior Jack Rhea (Jonesborough, Tenn.) after finishing T-25th, his first Top-25 finish since finishing T-9th in the Scenic City Collegiate to open the season on Sept. 22. Rhea’s finish was in large part to a pair of 70s in the first and second round. The Tennessee native carded an even-par (72) in his final round with three birdies and three bogeys.

Pontus Nyholm of Campbell finished with the low individual score, claiming the victory at 17-under-par (199). N.C. State’s Christian Salzer posted second in the field at 14-under-par, while Duke’s Ian Siebers and N.C. State’s Maximilian Steinlechner tied for third at 13-under-par.

ETSU will be back on the links on Monday, April 19 in Greensboro, Ga. as the Bucs take part in the 2021 Southern Conference Championship. ETSU is looking to return to glory with the last SoCon Championship coming in 2017 in Pinehurst, N.C.