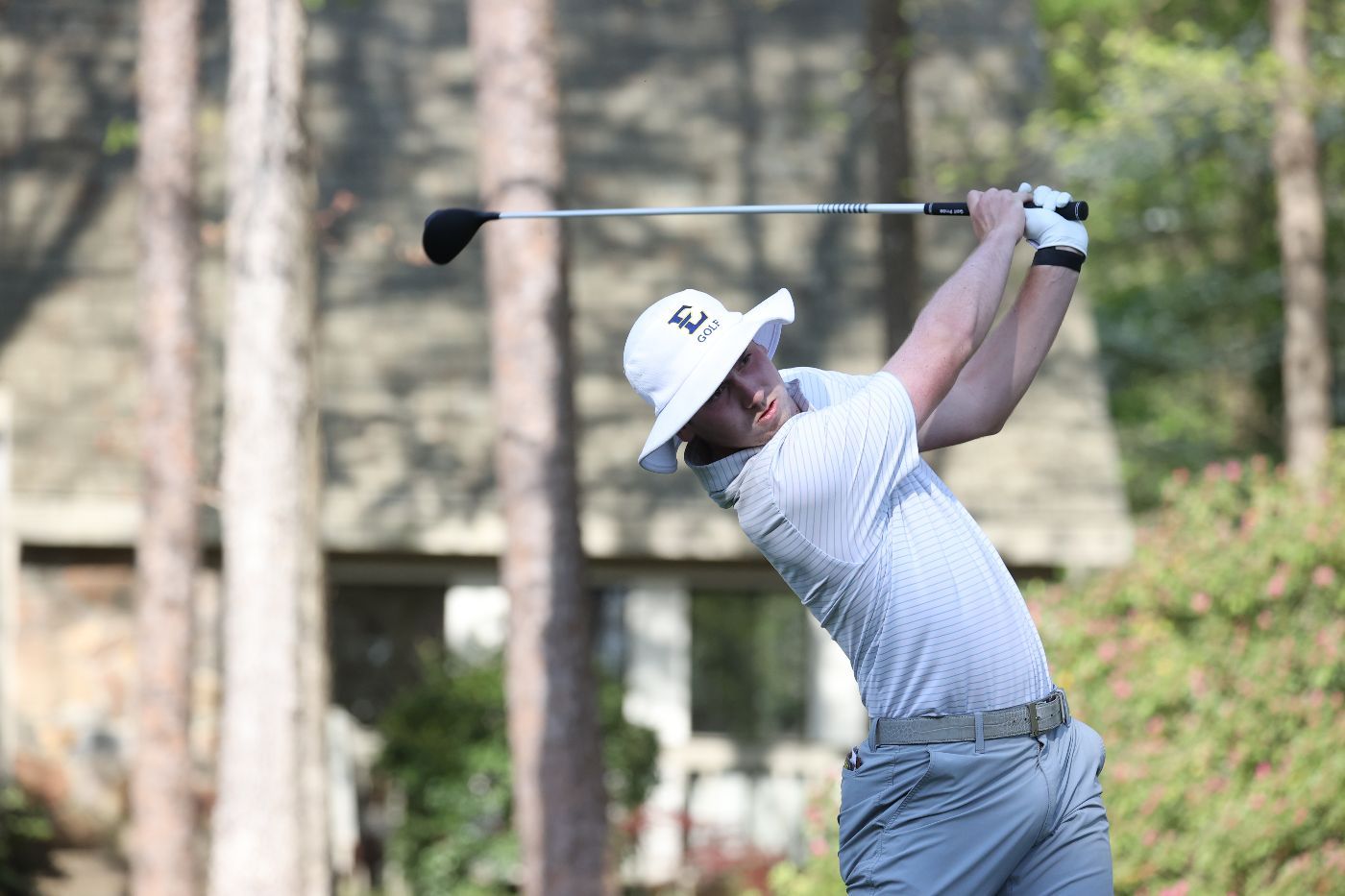 GREENSBORO, Ga. (April 19, 2021) – The 2021 Southern Conference Men’s Golf Championship could not have started any better for the Bucs as they hold an 11-stroke advantage over Western Carolina after the opening day of the championship at The Oconee Course in Greensboro, Ga. ETSU is fresh off its best finish of the spring season just nine days ago as the momentum did not stall for the Blue & Gold. Today’s action featured 36 holes of play, with ETSU posting a team score of 13-under-par (563) to sit comfortably ahead of the Catamounts who carded 574 (-2) for the day.

Redshirt-freshman Archie Davies (Carlisle, England) continues his tear of late, carding back-to-back rounds below par to start the tournament. In the opening round, Davies found himself sitting in second, one shot off the lead, after an opening round 69 (-3). The England native birdied the par-4 4th hole to get things going, making the turn at 1-under-par. Davies then birdied three consecutive holes to climb to 4-under-par for the tournament before a setback with a bogey on the par-4 16th hole. The England product orchestrated his lowest round of the season in the second set of 18, posting a bogey-free 6-under-par (66). Davies began his round with a birdie on the par-5 opening hole, later tallying a birdie on the par-5 7th. The young competitor maintained his poise with another birdie on the par-5 10th hole to jump to 6-under-par for the event and 3-under-par for the round. Davies ended his round with three consecutive birdies, including the par-5 17th hole, finishing with four birdies on each of the par 5s in the second round. The trio of birdies separated Davies from the field, currently sitting in first at 9-under-par (135).

Davies is followed by teammate Trevor Hulbert (Orlando, Fla.) who is tied for second at 5-under-par (139) for the event. Hulbert shook off a slow start, dropping four shots in the first six holes for the opening round. However, an eagle on the par-5 7th hole kickstarted the turnaround for the senior golfer. After a birdie on the ninth hole, Hulbert closed his final nine holes with a 1-under-par (35), finishing even-par (72) for the round. The Florida native posted the second hottest round of the second round with a 67 (-5), just one shot shy of teammate Davies. Hulbert posted seven birdies and two bogeys in his second round, including four birdies on the opening nine holes. Hulbert’s second-round 67 is his second lowest production of the season.

ETSU picked up a big boost from Jack Rhea (Jonesborough, Tenn.) who carded methodical rounds of even-par (72) and 1-under-par (71). Rhea put together a strong 72 in the opening 18 holes, beginning with a birdie on the opening par 5. The senior golfer made the turn at 1-under-par before posting a 1-over-par on the back nine to sit in fifth on the leaderboard. It was smooth sailing for Rhea in the second round, putting together two birdies and one bogey for a solid 1-under-par (71). The Tennessee native is currently T-6th with a score of 1-under-par (143).

ETSU’s final countable score came from the reigning SoCon Individual Medalist, Shiso Go (Kanagawa, Japan). The Japan product posted a 1-under-par (71) in the opening round, sitting in solo 4th after four birdies and three bogeys. However, Go struggled through the second round with a 3-over-par (75). The senior golfer was 1-under-par through eight holes in his second 18 before a triple bogey on the par-4 9th hole took all of the momentum away. Go is currently T-12th at 2-over-par (146).

Davies leads all competitors in the 40-man field at 9-under-par (135). He is followed by a three-way tie for second between Hulbert and Western Carolina duo, Louis Theys and Pierre Viallaneix. The trio of golfers are sitting 5-under-par (139) through two rounds.

The Bucs will return to the links tomorrow morning as they aim to cap off their 21st SoCon title in program history and first in the Jake Amos era. Davies looks to be the 16th SoCon Individual Medalist in ETSU history, giving the Bucs the repeat honor as Go claimed the 2019 title (tournament was not contested in 2020).