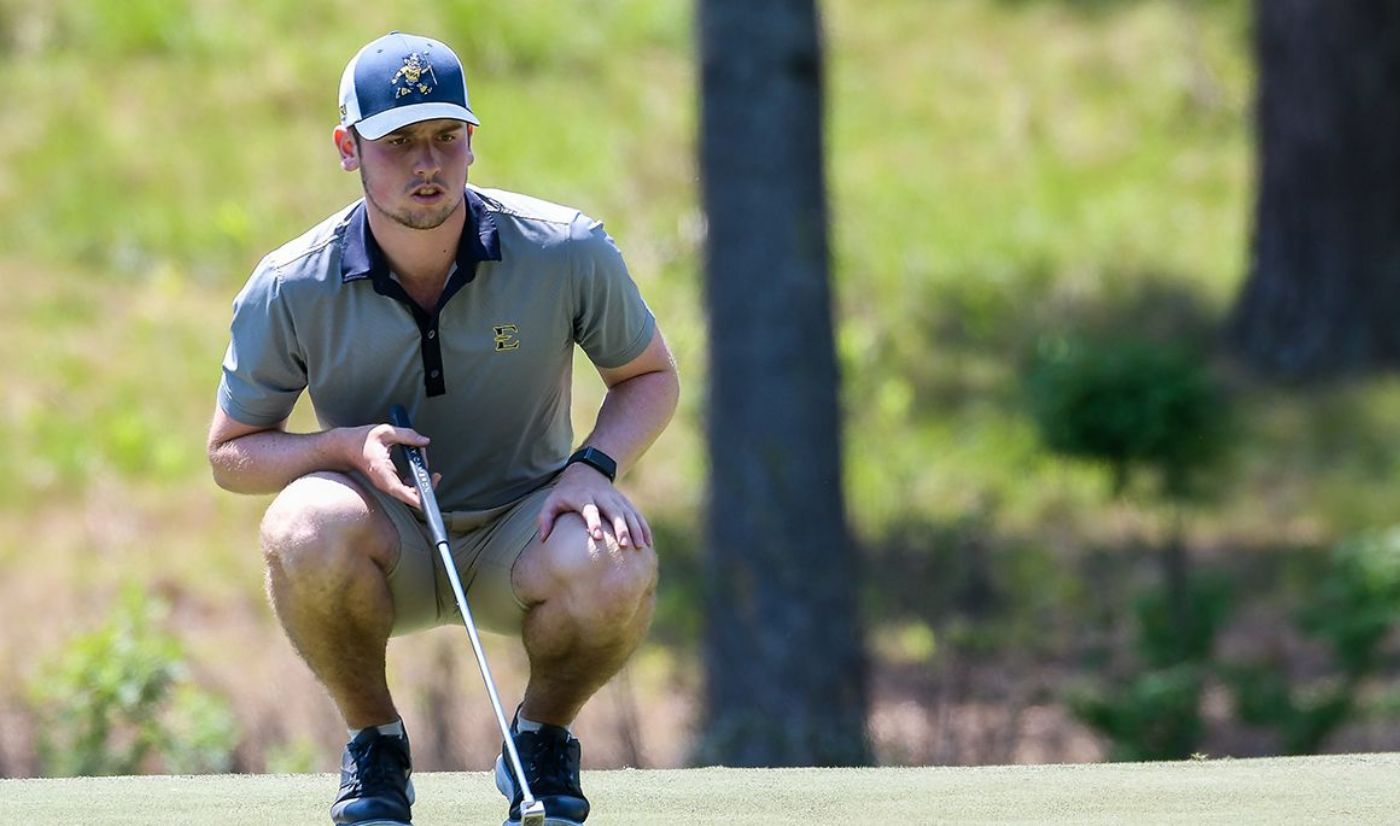 SPARTANBURG, S.C. (April 21, 2021) – ETSU Men’s Golf redshirt-freshman Archie Davies (Carlisle, England) has been named the Southern Conference Student-Athlete of the Week for all competition from April 14-20. The selection is made by the conference office and was announced on Wednesday afternoon.

Davies claimed individual medalist honors and his first collegiate victory at the SoCon Men's Golf Championship on Tuesday with a score of 9-under-par (207).

Davies opened with a 3-under-par (69) in Monday’s first round before shooting a 6-under (66) in the afternoon round. Davies then shot a final-round even-par (72) Tuesday en route to a 3-stroke win over Western Carolina’s Louis Theys (-6). The Carlisle, England, native led the field in par-4 scoring (-3) and par-5 scoring (-8), while also leading the field with 16 birdies. Davies is the first freshman from ETSU to win the individual medalist honors at the conference championship since Seamus Power did so in the 2007 ASUN Championship. With his individual title, Davies marks the 19th time that the Bucs claimed both the team trophy and the individual podium at the conference championship, including the 15th time in the SoCon. Davies is now the 16th Buccaneer to win individual honors at the SoCon Championship and 24th overall conference victor in program history.

Davies holds a 3.64 grade point average and is majoring in kinesiology.

ETSU won the 2020-21 SoCon Men’s Golf Championship with a 5-under-par 859 and was the only team to shoot under par through the tournament’s 54 holes.