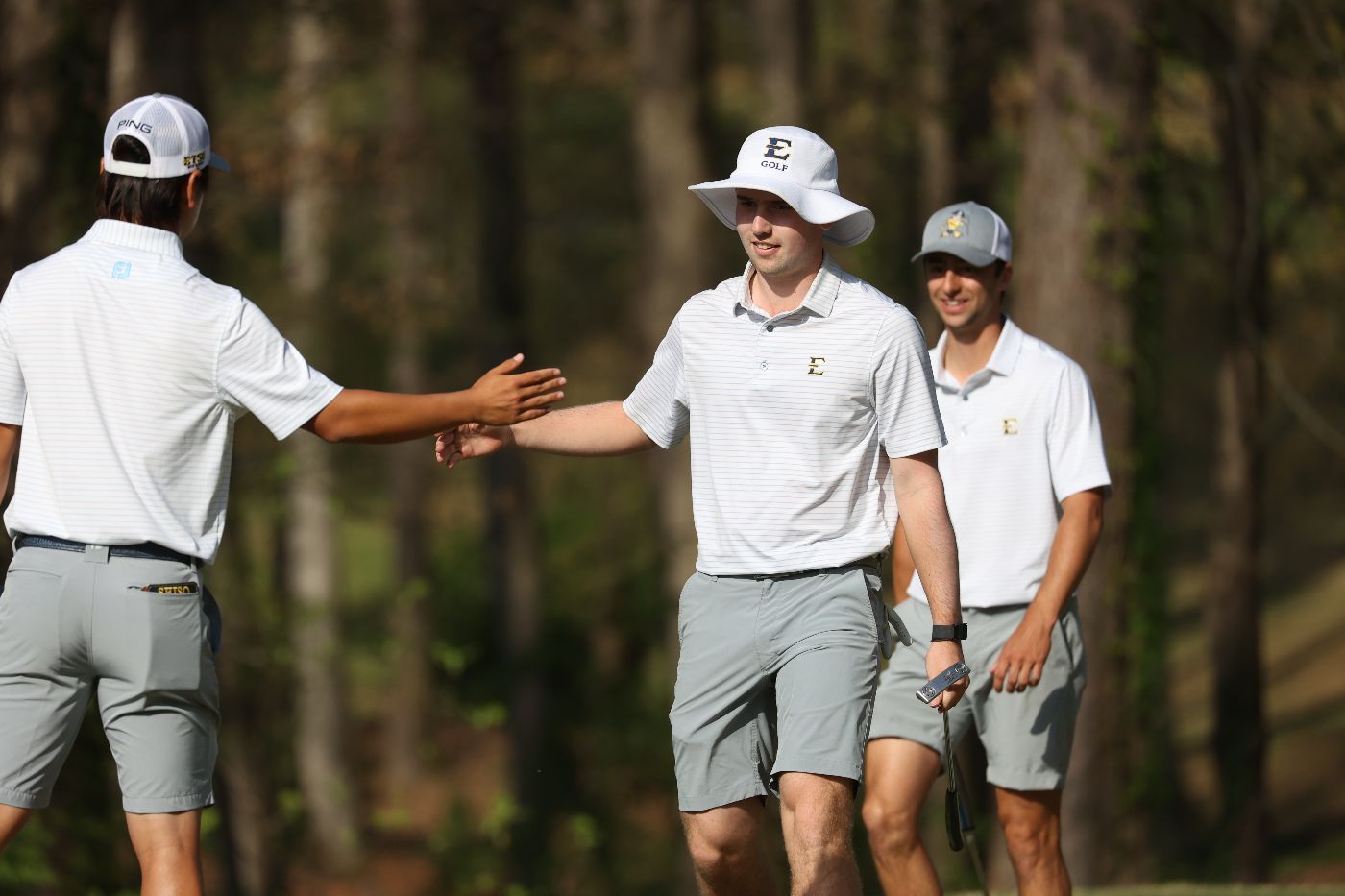 SPARTANBURG, S.C. (April 27, 2021) – The ETSU Men’s Golf squad has added a handful of hardware to the trophy case on Tuesday afternoon with the announcement of the 2021 All-Southern Conference Men’s Golf Team. The Bucs led all SoCon schools with seven postseason accolades, including SoCon Freshman and Player of the Year honors belonging to Archie Davies (Carlisle, England) and the SoCon Coach of the Year making its way to Johnson City through Head Coach Jake Amos. Joining Davies on the All-SoCon Team are teammates Shiso Go (Kanagawa, Japan) and Trevor Hulbert (Orlando, Fla.).

Davies, named both SoCon Freshman of the Year and Co-Player of the Year, becomes the first freshman in SoCon history to claim both honors in the same season. In addition, the redshirt-freshman earned a spot on the All-SoCon and All-Freshman squads. Davies becomes the 22nd Buccaneer to claim conference player of the year honors, including the 14th ETSU competitor to win SoCon Player of the Year. Davies is only the 10th Freshman of the Year in program history, including the seventh SoCon Freshman of the Year in school history. The England native claimed the 2021 SoCon Individual Championship with a score of 9-under-par at The Oconee Course in Greensboro, Ga. on Tuesday, April 20 for his first career win. Davies earned a spot on the All-SoCon and All-Freshman team after posting an average of 72.11 strokes per round to this point, ranking third in the league. Davies posted four Top-10 finishes this season, including back-to-back Top-10s at the Stitch Intercollegiate (T-7th) and the SoCon Championship (1st). The young competitor has posted 17 rounds of par or better this season.

Go joins Davies on the All-SoCon team after an exceptional senior season in which he averaged 73.5 strokes per round. This is the third time in his playing career that Go was named to the All-SoCon team. Go, the former SoCon Individual Medalist, earned his best finish of the spring season at the 2021 Southern Conference Championship, finishing T-15th with a score of 6-over-par (222). The Japan native put together 10 rounds of par or better throughout the season. Go ranked 11th in the SoCon in scoring average this season.

Hulbert rounds out the All-SoCon honorees, earning his first-ever All Conference Team honors. The Florida native led the Bucs in Top-3 finishes with three, while posting four Top-10 finishes overall. Hulbert finished second on the team and sixth in the league in scoring, averaging 72.6 strokes per round. The redshirt-senior’s best finish of the season came in the season opener at the Scenic City Collegiate with a T-3 finish. The Orlando product posted a T-5th even-par finish in the SoCon Championship to conclude regular season play. Hulbert posted 15 rounds of par or better during his final campaign with the Bucs.