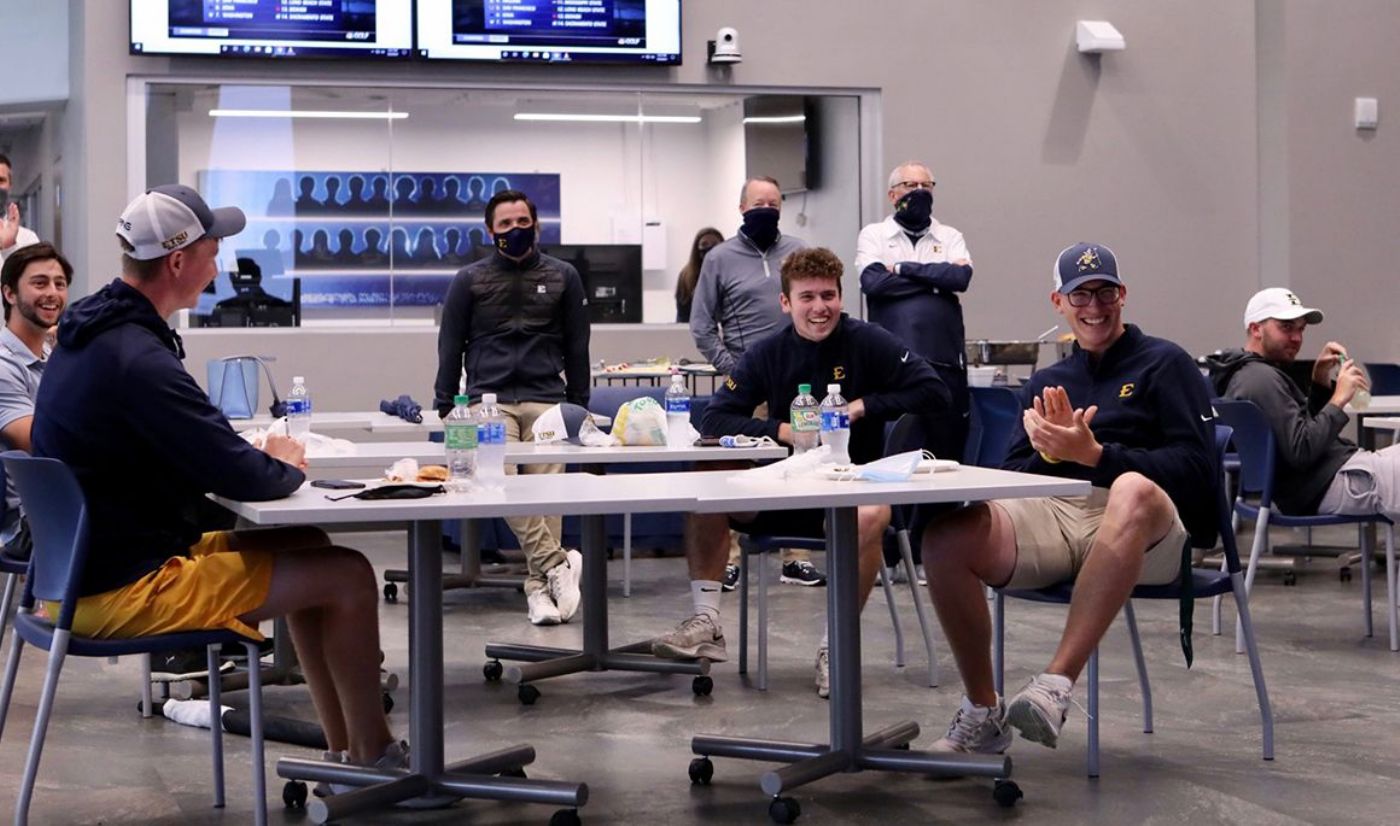 NCAA Regionals to be held May 17-19 in Cle Elum

JOHNSON CITY, Tenn. (May 5, 2021) – The ETSU Men’s Golf team will rack up the frequent flyer miles as they are heading west to Cle Elum, Washington. The Bucs learned of their NCAA Regional in the upcoming NCAA Men’s Golf Championship during a selection show that was televised on the Golf Channel. The Cle Elum Regional will be held May 17-19 at the Tumble Creek Golf & Country Club.

The Bucs earned their 26th conference title in program history, including the 21st SoCon Championship in school history on April 20 in Greensboro, Ga. ETSU earned the league’s automatic bid into the NCAA Regionals for the first time since 2017 and the first time in the Jake Amos era. This will be the 27th NCAA Regional appearance in program history.

“I honestly didn’t really see it coming,” stated Coach Amos. “I think the region is pretty good. Two of the top five seeds are East Coast teams so that takes their advantage away a little bit. I am pleased with it from the depth of the region, we should have a good chance. Nobody is going to want to see us as an eight-seed out there. Overall, I am pretty pleased with it.”

The regional includes 14 teams and five individuals. Five of the 14 teams are ranked inside the Golfstat Top-25, with nine ranked inside the Top-50 including the Bucs who are 50th. Washington will serve as the host, seeded seventh in the region, while Wake Forest claims the No. 1 seed in Cle Elum. Tumble Creek, designed by Tom Doak, will serve as the host course and is one of the top private courses in America according to Golf Digest.

Below are the teams that will be joining the Bucs in the Cle Elum Regional. Note, teams are listed in order by their seed in the regional.

The last time the Bucs competed in a regional was in 2017 as the Blue & Gold finished 12th out of 13 squads. ETSU has made it out of the regional bracket and into the NCAA Championship 17 times in program history, the last being in 2008.

Team and individual medalist titles will be decided May 28 – June 2 at Grayhawk Golf Club in Scottsdale, Ariz.