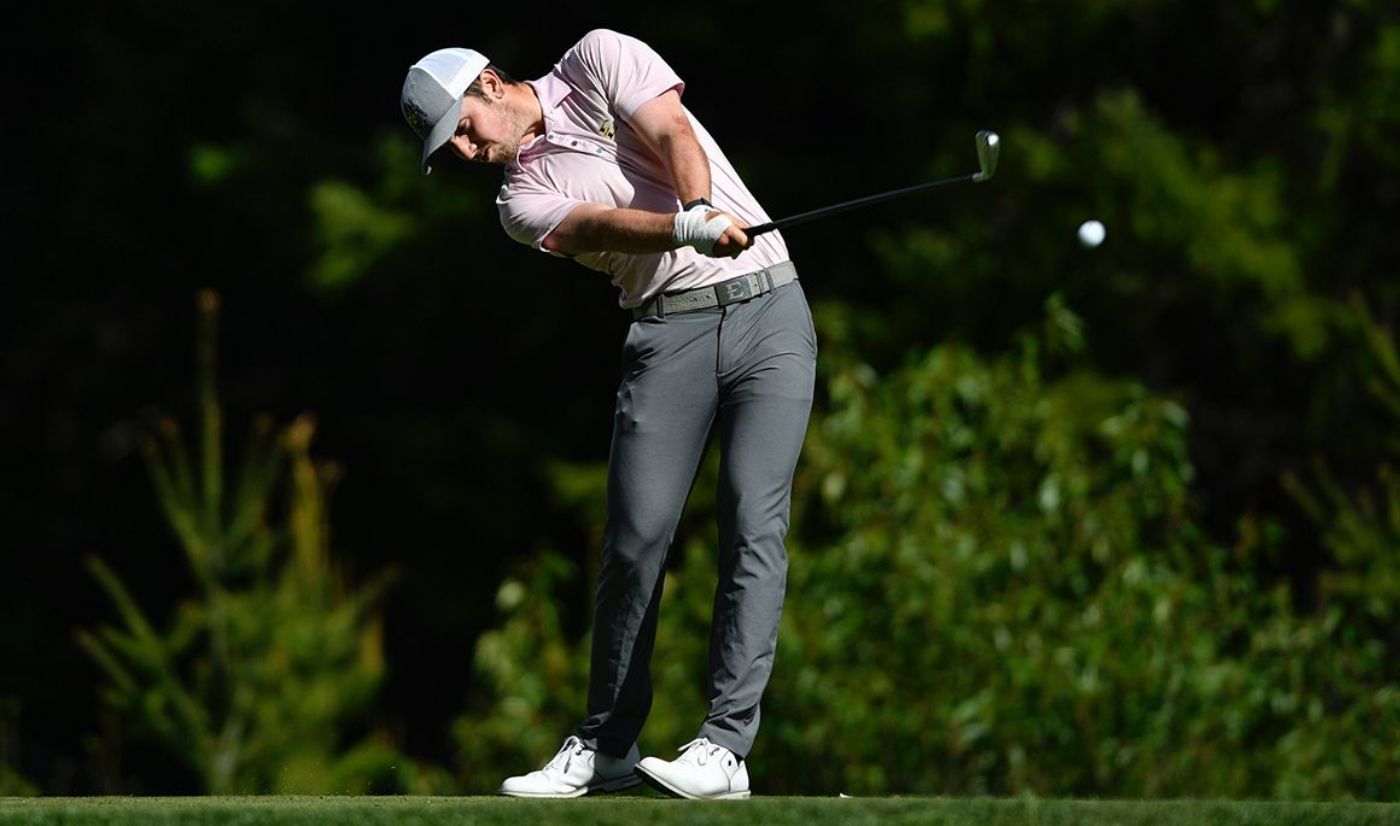 ETSU positioned in 4th after round one

CLE ELUM, Wash. (May 17, 2021) – Making its first NCAA Regional appearance as a team since 2017, the ETSU Men’s Golf Team did not disappoint in the opening round of the Cle Elum Regional in Cle Elum, Wash. The Bucs finished the opening round at 4-under-par (280), sitting just two paces off the lead at Tumble Creek Golf Club at Suncadia Resort.

Staying consistent as he has all year, the Southern Conference Freshman/Player of the Year Archie Davies (Carlisle, England) led the Bucs with an opening-round of 3-under-par (68). Davies started off his first NCAA Regional appearance on a rough note with consecutive bogeys on the first two holes. Showing the poise and maturity of a veteran golfer, the redshirt-freshman rebounded with two pars before tallying four consecutive birdies to quickly elevate up the leaderboard. Davies made the turn at 2-under-par (34) and later collected back-to-back birdies at the par-5 14th and par-5 15th hole to improve to 4-under-par. The England product dropped one final shot on the 17th hole, concluding his opening round in an eight-way tie for 4th at 68 (-3).

Graduate golfer Trevor Hulbert (Orlando, Fla.) posted a 1-under-par (70) opening round. The Florida product dropped to 1-over-par with a bogey on his second hole before carding four birdies in a span of six holes to jump to 3-under-par at the turn. Hulbert played the final nine holes at 2-over-par with one birdie on the scorecard, concluding his opening round with a 70 (-1), sitting in an 11-way tie for 15th.

Another one of the 11 players tied for 15th is fellow teammate Shiso Go (Kanagawa, Japan). Go carded a methodical 1-under-par (70) with four birdies to his credit. The Japan senior made the turn at 1-under-par with two birdies and one bogey in his opening nine. Go finished even-par (35) on the back nine with two birdies and one double bogey to conclude his opening 18 holes of play.

Remi Chartier (Montreal, Canada) turned in the final countable score for the Blue & Gold. The redshirt-freshman golfer opened his first NCAA Regional with three birdies, three bogeys and three pars in the opening nine holes. Chartier improved to 1-under-par with a birdie on the par-5 15th hole before ending his round with consecutive bogeys to fall to 1-over-par (72) for the event. Chartier is currently tied for 32nd in the field.

Wake Forest (No. 6) and San Francisco (No. 25) are currently tied for first in the field with first-round scores of 6-under-par (278). Seventh-ranked Pepperdine (-5) is one stroke behind the pair of leaders, followed by the Bucs (No. 50) and host Washington (No. 37) who are both 4-under-par.

Washington’s Petr Hruby and San Francisco’s Christoffer Palsson are leading the individual leaderboard at 5-under-par (66), followed by Wake Forest’s Alex Fitzpatrick who is currently in solo third after an opening-round score of 4-under-par (67).

The Bucs will return for round two tomorrow beginning at 11:20 a.m. (ET) with Jack Rhea teeing off on hole No. 10. Davies will be the final Buccaneer to tee off on hole No. 10, going off at 12:04 p.m. (ET). ETSU will play alongside host Washington and Oregon in round two.