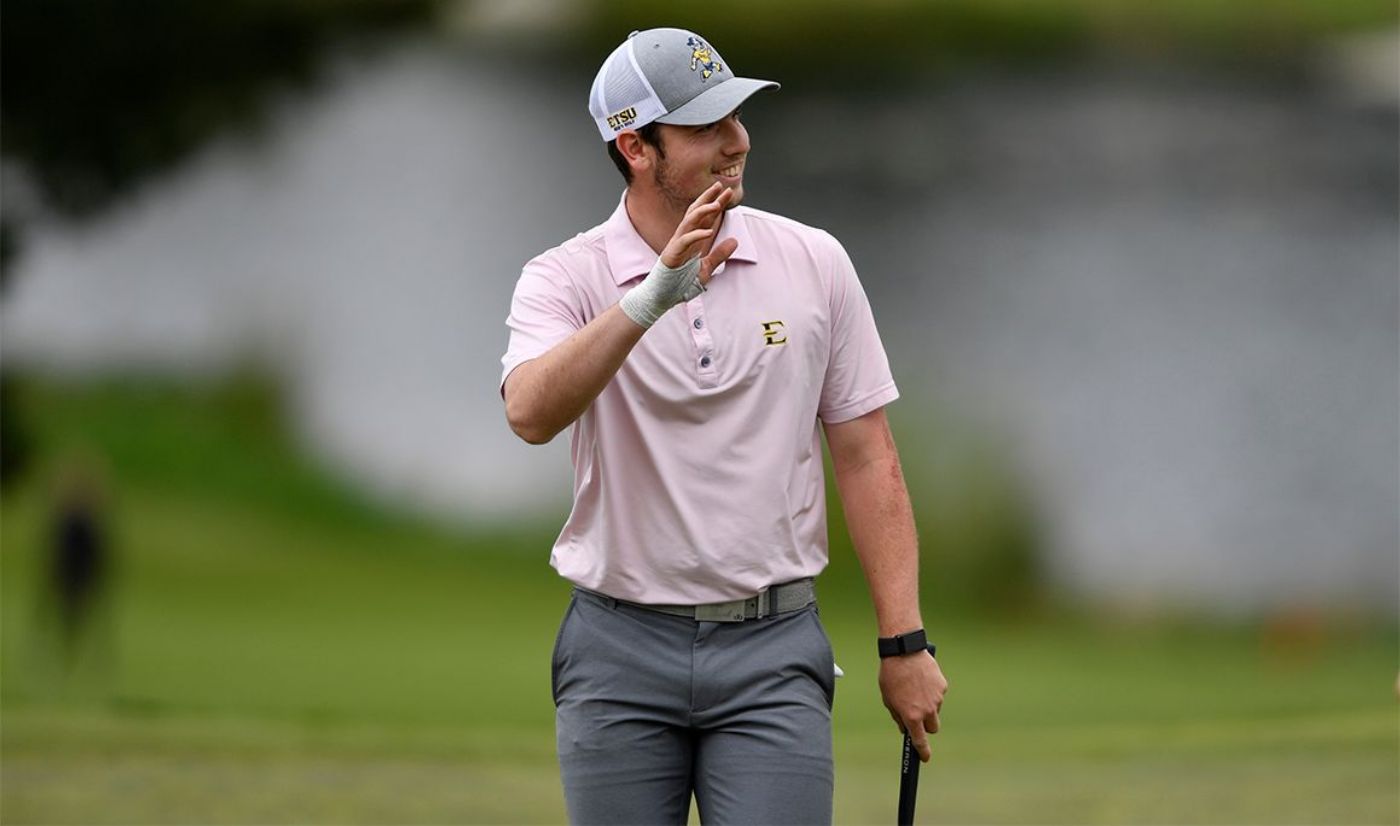 CLE ELUM, Wash. (May 18, 2021) – Today was moving day in Cle Elum, Washington and the Bucs took full advantage. The ETSU Men’s Golf team fired a 14-under-par (270) to pull away from the rest of the field at Tumble Creek Golf Club at Suncadia Resort. The Bucs began the day two shots back of the lead and are now coasting with an 11-stroke advantage heading into the final round on Wednesday thanks in large part to four eagles on the day. The 270 is the lowest overall score that a team has posted during the entirety of the 2021 NCAA Regional tournaments and is also the third lowest team score in program history.

The Bucs were paced by a record-setting performance from Archie Davies (Carlisle, England) as he posted a course record 63 (-8), besting the previous course record (-7) by one that was set in 2017 at the Washington State Men’s Amateur Championship. In addition, Davies’ 63 now ties five other rounds in program history for the lowest overall round. Davies began his second round on the back nine and was off to the races with a birdie on the opening par-4. The England native then dismantled the back-to-back par-5s for the second consecutive day, this time posting one birdie and one eagle following a hole out from the bunker. The redshirt-freshman capped off his first nine with another birdie, this time at the par-4 18th hole. Davies elevated his name up the leaderboard with another eagle, this time on the par-5 4th hole, his 13th hole of the day. The final birdie of the day for the England product was on the par-5 8th hole, improving to 6-under-par for the day on just the par-5s alone. Davies now sits atop the leaderboard at 11-under-par (130), tied for the third lowest 36-hole individual total in program history.

ETSU saw another bogey-free performance on the card today as Shiso Go (Kanagawa, Japan) carded a 3-under-par (68). After back-to-back pars to begin his round, the Japan senior registered three birdies in the next four holes to quickly make the climb up the leaderboard. Go did not waver in his final 12 holes, collecting 12 consecutive pars to improve to 4-under-par (138) for the tournament to sit in solo fifth.

Fellow senior Trevor Hulbert (Orlando, Fla.) put together a 2-under-par (69) second round for the Blue & Gold. Hulbert began his day with a birdie of his own before giving it back with a bogey three holes later. The minor setback did not phase the veteran golfer, carding three birdies in his final five holes on the front nine to make the turn at 3-under-par. Hulbert’s momentum slowed down a little on the back side, finishing 1-over-par with one birdie and two bogeys. However, Hulbert’s 2-under-par round catapulted him into solo sixth at 3-under-par for the event, just one shot back of Go.

Remi Chartier (Montreal, Canada) was the fourth Buccaneer to go under par in the second day at Tumble Creek. The redshirt-freshman recorded four consecutive pars before catching fire in the next three holes. The Canada native played holes 14-16 at 4-under-par, including an eagle on the par-5, 15th hole. However, Chartier suffered a double bogey and triple bogey over a four-hole span to fall to 1-over-par for the round. The Montreal product climbed back to even with a birdie on the par-4 3rd hole. Chartier played the final six holes at 1-under-par with another eagle, this time on the par-5 8th hole to finish 1-under-par (70) for the round.

The Bucs (-18) are positioned in first and are a full 11 strokes ahead of No. 25 San Francisco (-7). Host Washington sits third in the standings at 6-under-par, followed by top-seeded Wake Forest (-3) and a two-way tie for fifth between Utah and Pepperdine at even-par.

Davies leads the charge on the individual leaderboard with a tournament score of 11-under-par. He is four strokes clear of Wake Forest’s Alex Fitzpatrick (-7) and five shots ahead of Utah’s Tristan Mandur (-6).

The Bucs will be back in action for the final round tomorrow at Tumble Creek Golf Club. The Bucs will tee off at 11 a.m. (ET) with Jack Rhea teeing off on hole No. 1. Davies will be the final Buccaneer off the tee at 11:44 a.m. (ET). ETSU will play alongside Washington for the third consecutive round, with San Francisco joining the two squads.