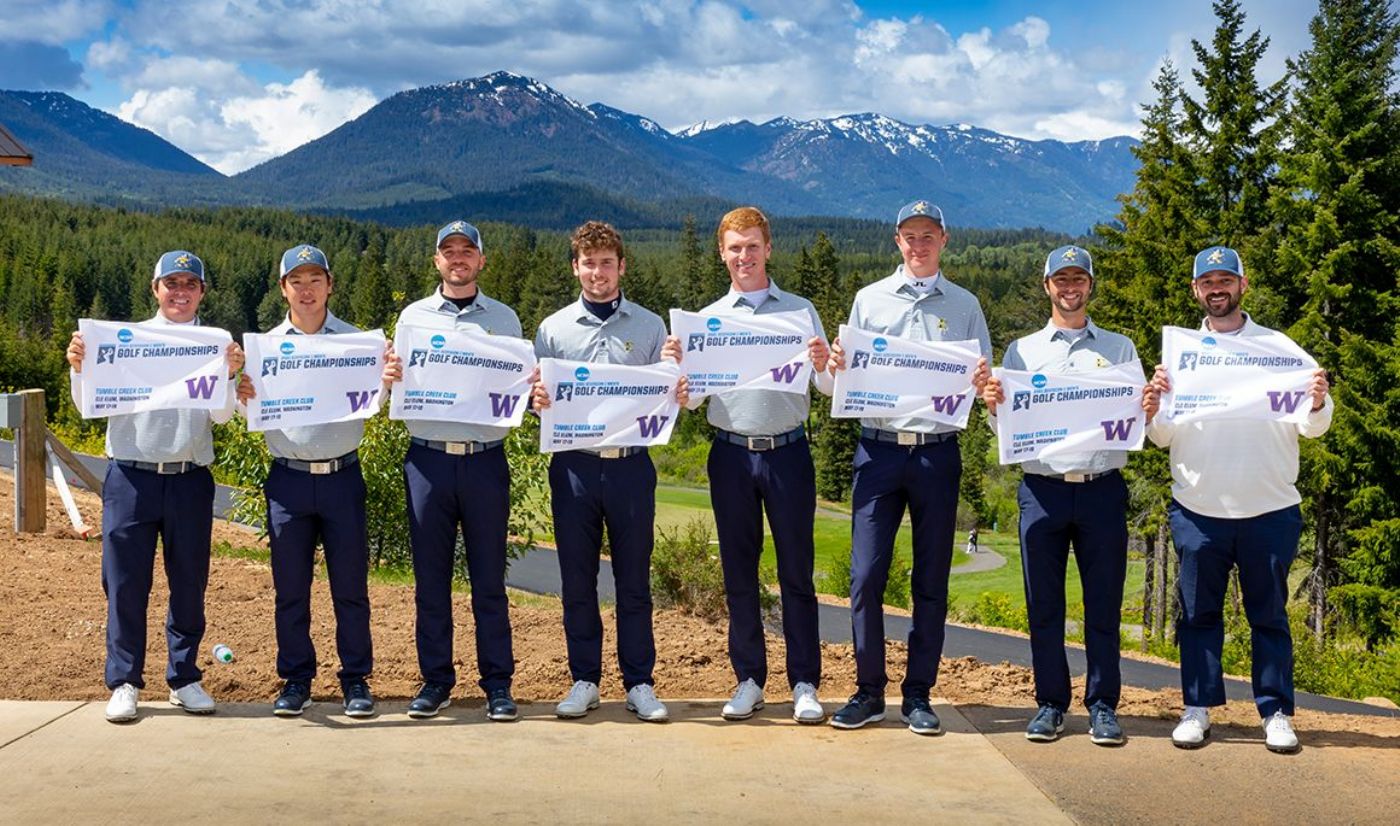 CLE ELUM, Wash. (May 19, 2021) – It has been 20 years to the day but the wait is over for the ETSU Men’s Golf team as the Bucs have claimed their first NCAA Regional title since winning the East Regional on May 19, 2001. ETSU captured the Cle Elum Regional in Cle Elum, Wash. with a winning score of 14-under-par (838), besting San Francisco (-4) by double digits at Tumble Creek Golf Club. This is the first time since the 2008 season that the Bucs will be heading to the NCAA Championship.

“We go into every event trying to win and this was no different for us,” stated Head Coach Jake Amos. “We had great preparation leading up to the regional tournament and after a long break from our Southern Conference Championship, we were fresh. We had great self-belief from all of our players. We know how good we are and other people are starting to see that now.”

Senior golfer Shiso Go (Kanagawa, Japan) roared from behind to claim the podium for his third collegiate win at 8-under-par (205). The win for Go marked the third consecutive season with an individual title, while he becomes the first Buccaneer since Rhys Enoch (2010) to win individual medalist honors at an NCAA Regional.

“This was a team effort for sure,” added Coach Amos. “We had all five guys playing well, which made it a really stress-free event. Shiso played solid all week and I couldn’t be happier for him getting his third collegiate win. The cool thing was that Archie and Trevor could’ve easily won the individual medalist also.”

Go began his final round with a birdie on the opening par-4, setting the tone early for the Bucs. Just five holes later, the Japan native climbed further up the leaderboard with a birdie at the par-4 6th hole. Go made the turn at 2-under-par, however he gave the strokes back to the course with consecutive bogeys to open the back nine. With the Bucs sliding closer to the field, Go delivered a dominating performance down the stretch, finishing 4-under-par in his final six holes to soar up the leaderboard. Go used three consecutive birdies to provide the Bucs with a bigger cushion in the team standings, positioning himself to make a run at the individual title. Needing a birdie on the last hole to jump into a tie for first, Go came through in the clutch yet again. The Japan senior carded a birdie-3 on the par-4 18th hole to enter the clubhouse as the leader at 8-under-par for the event. Go’s final-round 67 (-4) tied a season best for the veteran competitor. However, Go’s victory came down to the final hole as Alex Fitzpatrick (Wake Forest) was tied with the ETSU golfer at 8-under-par, while Utah’s Tristan Mandur (-7) needed a birdie on the final hole to force a three-way tie. However, both competitors dropped a shot with a bogey on the card, all but officially solidifying the victory for the ETSU senior.

Fellow senior Trevor Hulbert (Orlando, Fla.) put together an even-par (71) final round to finish T-6th in the standings. It was a methodical start for the Florida product with eight consecutive pars before dropping a shot on the ninth hole. Hulbert surrendered two more shots with a bogey on No. 10 and No. 12. However, the ETSU veteran gained the strokes back on the 14th and 15th hole with a birdie and an eagle, clawing back to finish even-par for his final round and 3-under-par (210) for the tournament. This is the fifth Top-10 finish of the season for Hulbert and 10th of his career.

Jack Rhea (Jonesborough, Tenn.) and Remi Chartier (Montreal, Canada) both carded 4-over-par (75) final rounds for ETSU. Rhea finished T-47th in the field with two birdies in his final 18 holes, while Chartier posted a T-22 finish with four birdies to his credit.

Archie Davies (Carlisle, England) finished T-4th in the standings despite posting a final round score of 5-over-par (76). The reigning Southern Conference Freshman/Player of the Year entered the day with a four-stroke advantage on the leaderboard, but was unable to fend off the remaining field. However, the Top-10 finish for Davies is his fifth of the season and fourth in a row.

The Bucs (-14) claimed the victory by a wide margin of 10 strokes, holding off San Francisco (-4) who captured second. The Bucs and Dons will be joined at the NCAA Championship by Wake Forest (-2), Pepperdine (-1) and Florida (+6) who finished top five in the Cle Elum Regional.

Go (-8) claimed the individual title by one stroke over Pepperdine’s Joey Vrzich and Wake Forest’s Alex Fitzpatrick who both finished 7-under-par. Utah’s Tristan Mandur earned a spot in the NCAA Championship as the top individual on a non-advancing team.

ETSU will now prepare for the 2021 NCAA Championship that will be played at the Grayhawk Golf Club in Scottsdale, Ariz. The NCAA Championship will begin on Friday, May 28 and will conclude with the match play finals on Wednesday, June 2.