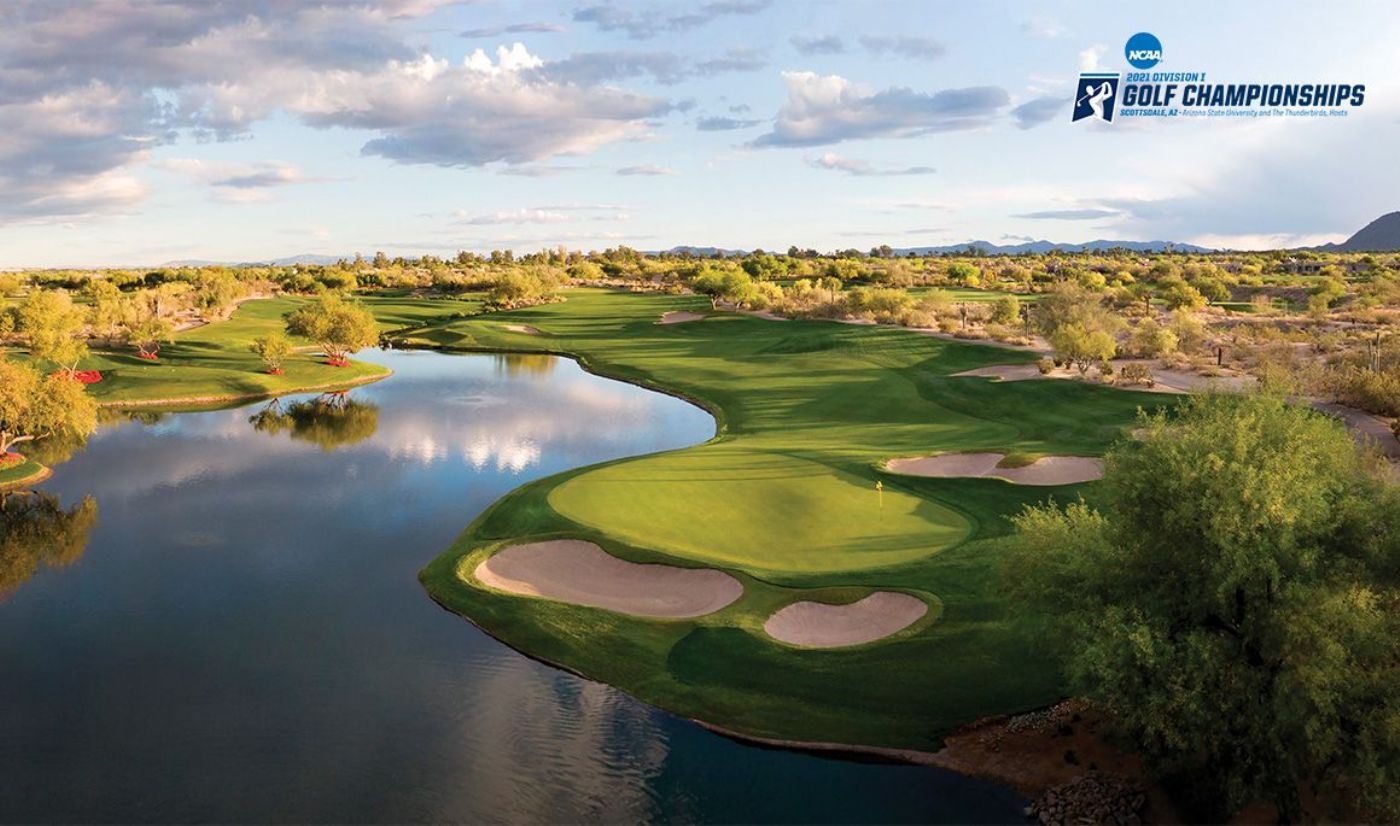 Bucs to play at Grayhawk Golf Club in Arizona

SCOTTSDALE, Ariz. (May 27, 2021) – The 2021 edition of the NCAA Men’s Golf Championship is just one day away. The Bucs, making their first appearance in the NCAA Championship since 2008, are poised and ready to make a run at a third consecutive tournament victory this season. ETSU is fresh off winning the Cle Elum Regional on May 19 in Washington, marking the first time since 2001 that the Blue & Gold claimed a regional title. The Bucs will have to tackle a challenging course in the Raptor Course at the Grayhawk Golf Club in Scottsdale, Ariz.

ETSU placed three individuals inside the top six at the Cle Elum Regional, including senior Shiso Go (Kanagawa, Japan) who surged up the leaderboard on the final day to claim his third career victory. Go carded a final round 4-under-par (67) to claim the victory, polishing the tournament off with an 8-under-par (205) score to win by one stroke.

Redshirt-freshman Archie Davies (Carlisle, England) was the 36-hole leader following a course record of 63 (-8) in the second round of the event. However, a final-round score of 76 (+5) saw him fall into a tie for fourth overall. Davies has claimed five Top-10 finishes this season, including winning his first collegiate event at the SoCon Championship.

Trevort Hulbert (Orlando, Fla.) will lineup in the No. 2 slot for the Bucs after finishing T-6th in the Cle Elum Regional. Hulbert was steady all tournament, posting an opening round 70 (-1), followed by a second-round 69 (-2) and a final-round score of 71 (E). The Florida native has been as consistent as they come with five Top-10 finishes of his own.

Jack Rhea (Jonesborough, Tenn.) and Remi Chartier (Montreal, Canada) round out the five competitors for the Bucs. Rhea finished T-47th in the Cle Elum Regional, while Chartier posted a T-22nd finish. Rhea has two Top-10 finishes this campaign with Chartier still in search of his first.

Fellow freshman Ben Carberry (Bonnybridge, Scotland) will be making the trip as an alternate for the Bucs. Carberry last competed at the Schenkel Invitational on March 19-21.

About the Tournament
The NCAA Championship will be played at the Raptor Course at the Grayhawk Golf Club in Scottsdale, Ariz. The first four rounds will be 18 holes of stroke play, with a 15-team cut to happen following the third round on Sunday, May 30. The field will then be shortened again down to the final eight teams after the fourth round is complete on Monday, May 31. Monday’s round will also solidify the Individual NCAA Men’s Golf Champion between the 15 teams that make the 54-hole cut and the top nine individuals that are not on an advancing team. Following Monday’s cut, there will be two rounds of match play on Tuesday to narrow the field down to the final two teams that will compete for the National Championship on Wednesday, June 2. The Golf Channel will be covering the event beginning on Monday for the individual title followed by all three rounds of match play.

The Raptor Course is a Tom Fazio design and demands the players respect through a high-stakes game of risk and reward. The course lays on the corner of the Sonoran Desert and stretches over hills and gullies. The fairways are generous and the greens are large with sweeping undulations. The misses on the greens tend to find greenside bunkers and grassy collection areas. The Raptor Course is one of only two Scottsdale golf courses to have hosted a PGA Tour event.

The Field
The NCAA Championship consists of 30 teams and six individuals. Among those 30 teams, 21 of them are found inside the Top-25. Oklahoma enters the field as the top golf team in the country, followed by Florida State (No. 2) and Oklahoma State (No. 3). The Bucs are ranked No. 41 in the latest GolfStat rankings and are the No. 28 seed in the field of 30.

Coverage
Fans are encouraged to follow along as live stats will be provided by GolfStat. Fans can also tune in to Twitter by following @ETSU_MGolf.