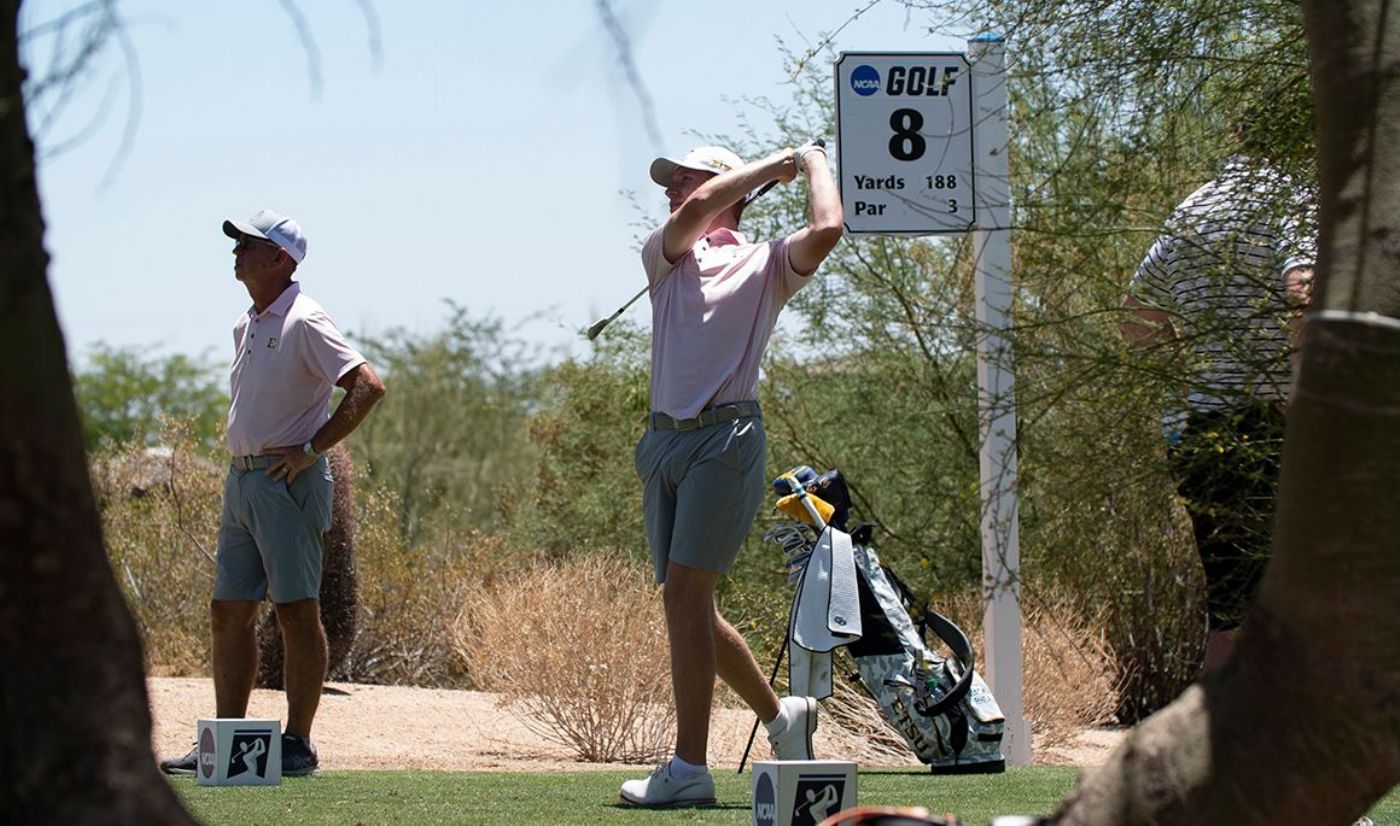 SCOTTSDALE, Ariz. (May 28, 2021) – The ETSU Men’s Golf team is competing in its first NCAA Championship since the 2008 season as the Bucs took the course today in Scottsdale, Ariz. It was not the start that the Bucs were looking for as the challenging Raptor Course at Grayhawk Golf Club got the best of the Blue & Gold squad on day one.

ETSU carded an opening-round score of 20-over-par (300) as the Bucs are sitting in solo 28th ahead of 13th-ranked N.C. State and 19th-ranked San Francisco. The course appeared to play tough for the majority of the field today with only three teams sitting below par after day one, while only 26 out of the 155 golfers are in red figures.

Senior golfers Trevor Hulbert (Orlando, Fla.) and Jack Rhea (Jonesborough, Tenn.) led the Bucs on day one with identical scores of 4-over-par (74). Both golfers led the team in total birdies with three apiece, however a quadruple bogey by Hulbert and a 5-over-par front nine by Rhea hindered the senior competitors down the stretch.

Remi Chartier (Montreal, Canada) and Shiso Go (Kanagawa, Japan) carded the final two countable scores for the Bucs. Chartier posted a 5-over-par (75) with one birdie to his credit, while Go finished with a 7-over-par (77) opening-round score.

Texas Tech currently leads the field after a 4-under-par (276) round to get things started. The Red Raiders are followed closely in the standings by Sam Houston (-2) and Pepperdine (-1). Oklahoma State and Oklahoma are both even-par after round one with the remaining field sitting over par.

Purdue’s Cole Bradley is playing as an individual and is currently leading the field with an opening round 66 (-4). William Holcomb (Sam Houston), Ting-Wei Hsieh (Sam Houston) and Bo Jin (Oklahoma State) are currently tied for second at 3-under-par (67).

The Bucs will look to shake off the rust and get back to it in round two tomorrow, teeing off at 4:20 p.m. (ET). The final ETSU golfer will tee off at 5:04 p.m. (ET). The Bucs will play alongside Little Rock and San Diego for the second consecutive day, beginning on hole No. 1.