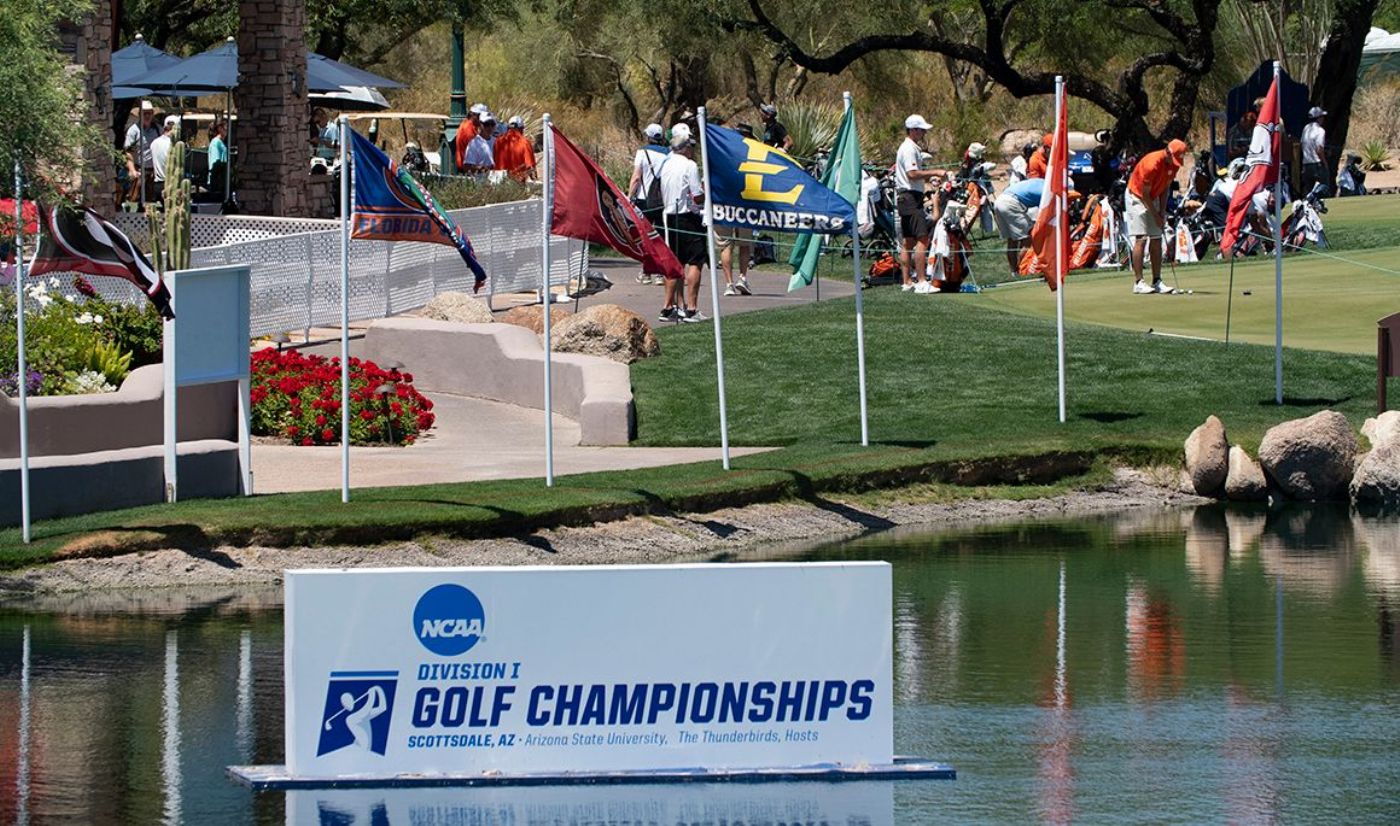 ETSU sits 25th after round two at NCAA Championship

SCOTTSDALE, Ariz. (May 29, 2021) – Round two of the NCAA Men’s Golf Championship is complete and the Bucs have climbed three spots up the leaderboard after an 11-over-par (291) second round at the Grayhawk Golf Club in Scottsdale, Ariz. ETSU jumped into 25th, sitting 11 strokes behind 15th place. The field will be cut down to the top 15 teams following tomorrow’s round.

Senior veteran Jack Rhea (Jonesborough, Tenn.) led the Bucs in the second round with a score of even-par (70) to climb 42 spots into a tie for 45th. Rhea shook off an early bogey with a birdie on the third hole. After five consecutive pars, the Tennessee product carded another birdie on the ninth hole to make the turn at 1-under-par (34). Rhea finished 1-over-par (36) on the back nine with two bogeys and one birdie to his credit.

Shiso Go (Kanagaway, Japan) put together the second-best score for the Blue & Gold. The Japan native double bogeyed the opening hole but rebounded with a birdie on the second. However, two bogeys in a span of three holes saw the senior golfer fall to 3-over-par at the turn. Go rallied early on the back nine with consecutive birdies to climb to 1-over-par for his round. However, a bogey on the final hole dropped the Japan product back to 2-over-par for the second round.

Archie Davies (Carlisle, England) and Remi Chartier (Montreal, Canada) posted the final two countable scores for the Bucs. Davies finished the second-round with a score of 4-over-par (74) with one birdie on the scorecard. Meanwhile, Chartier finished his second round with a score of 5-over-par (75). Much like Davies, the Canada product posted one birdie in his second round.

Oklahoma State jumped three spots into solo first after a score of 6-under-par (274) in the second round. The Cowboys (-6) lead top-ranked Oklahoma (-1) and 10th-ranked Arizona State (+2) in the team leaderboard.

Bo Jin (-8) of Oklahoma State took over the top spot on the individual leaderboard after carding a 5-under-par (65). Arizona State’s Ryggs Johnston jumped 53 spots into a two-way tie for second with Clemson’s Turk Pettit as both golfers are 5-under-par for the tournament.

The Bucs hope to make a push up the leaderboard tomorrow in the third round of the NCAA Championship. ETSU will not tee off until 3:37 p.m. (ET) as Davies will tee off first on hole No. 10. Rhea will be the final Buccaneer to tee off at 4:21 p.m. (ET). ETSU will be playing alongside UAB and San Diego.