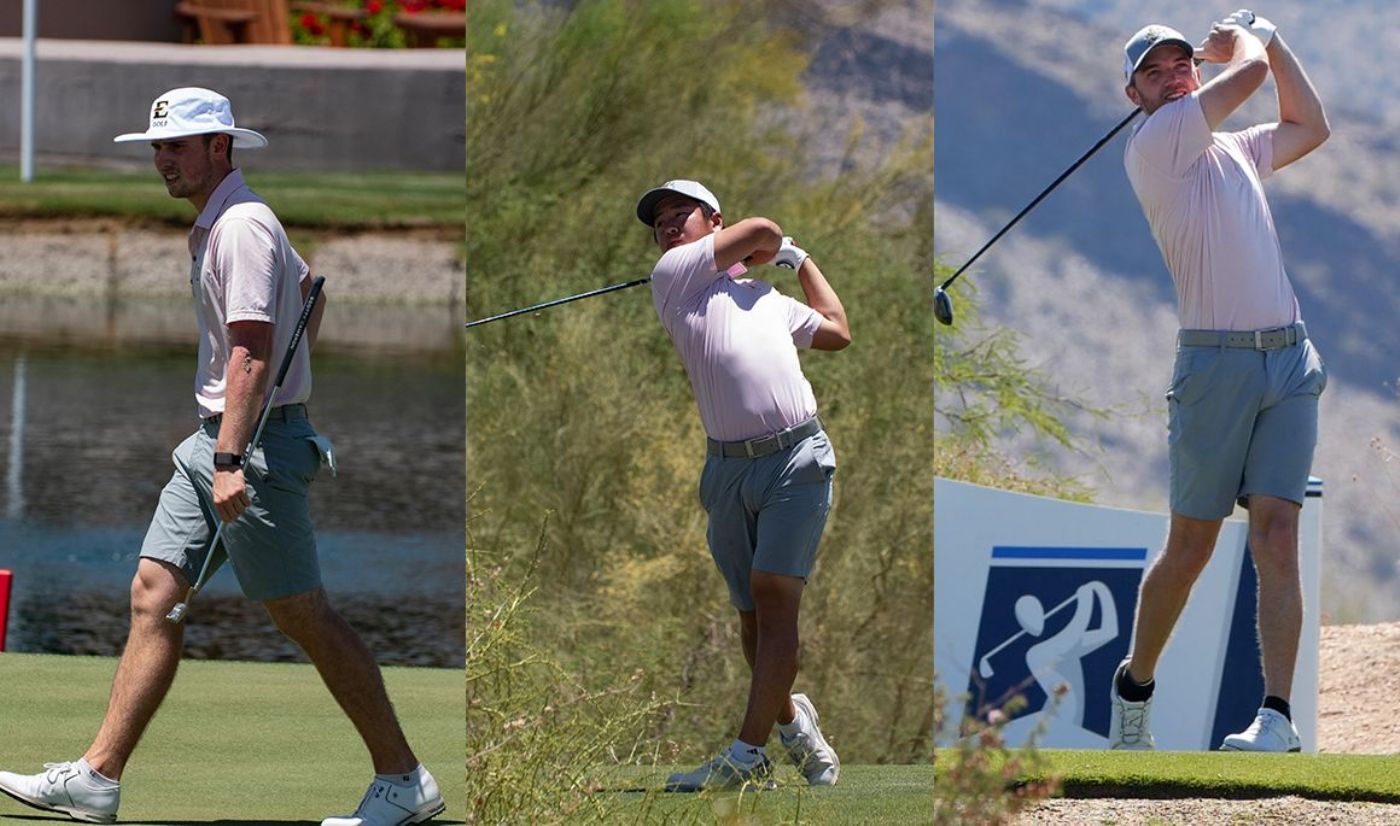 JOHNSON CITY, Tenn. (May 30, 2021) – For the second consecutive season the Bucs have placed multiple golfers on the PING Division I East All-Region team. Archie Davies (Carlisle, England), Shiso Go (Kanagawa, Japan) and Trevor Hulbert (Orlando, Fla.) earned spots on the all-region team as announced by the Golf Coaches Association of America on Saturday afternoon. The ETSU trio represent three of the four Southern Conference golfers named to the list, joined by Keller Harper of Furman.

With the trio of selections, this marks the first time since May 30, 2007 that ETSU placed three golfers on the All-Region squad. That season belonged to Rhys Davies, Gareth Shaw and Seamus Power.

Davies has put together a dominating freshman campaign in which he became the first freshman in SoCon history to win both Freshman of the Year and Player of the Year in the same season. The England native also earned spots on the All-SoCon and SoCon All-Freshman squads this season. Davies claimed his first career individual title, doing so by winning the SoCon individual championship in Greensboro, Ga. The redshirt-freshman put together a strong NCAA Regional, finishing T-4th after setting a course record with a 63 (-8) in the second round at the Cle Elum Regional. Heading into the NCAA Championship, Davies was averaging 71.8 strokes per round and had secured five Top-10 finishes this spring, while carding 19 rounds of par or better.

Go is no stranger to the East All-Region squad, earning a spot on the team for the second consecutive season. Go was named to the All-SoCon squad alongside Davies, earning his third All-SoCon honor during his collegiate career. Go secured his third collegiate win of his career on May 19 at the Cle Elum Regional, surging up the leaderboard in the final round with a score of 4-under-par (67) to claim the victory by one stroke. The Japan native entered the NCAA Championship averaging 72.9 strokes per round and has posted 13 rounds of par or better.

Hulbert rounds out the honorees after earning his first PING Division I East All-Region recognition. Hulbert joined Davies and Go on the All-SoCon squad this spring, posting a dominating senior campaign that featured five Top-10 finishes on the year. The graduate golfer has put together back-to-back Top-10 finishes at the SoCon Championship (T-5) and the Cle Elum Regional (T-6). The Florida product has carded 18 rounds of par-or-better during the season and was averaging 72.4 strokes per round heading into the NCAA Championship.