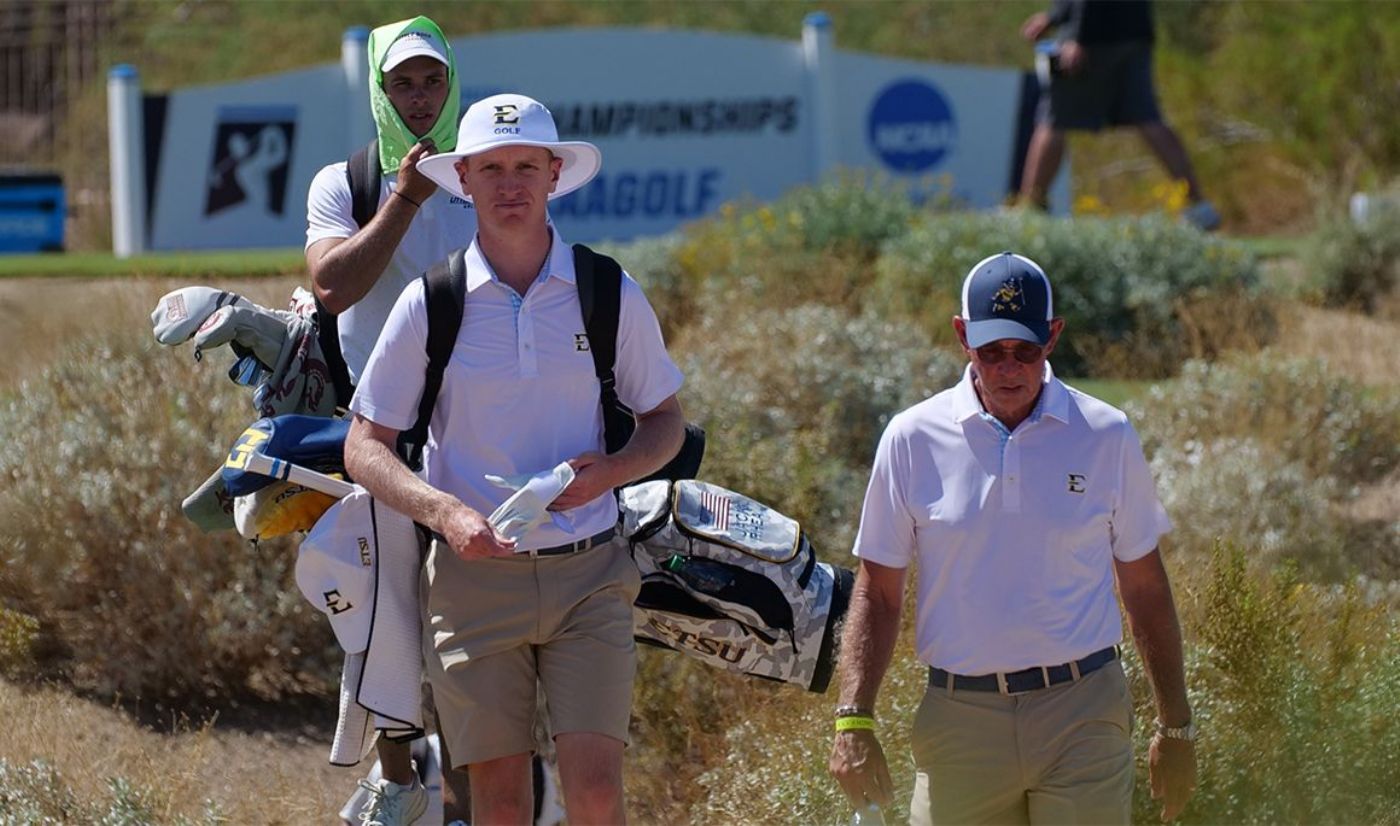 SCOTTSDALE, Ariz. (May 30, 2021) – It was a season to remember for the ETSU Men’s Golf team. The Bucs had to battle through the COVID pandemic and the uncertainty of being able to play each week. However, that did not hinder the Blue & Gold from reaching milestones that had not been achieved in quite some time. The Bucs claimed their 21st Southern Conference Championship before winning the Cle Elum Regional for the program’s first NCAA Regional win since 2001. ETSU then made the trip to Scottsdale, Ariz. to compete in the NCAA Championship for the first time as a team since the 2008 season. Unfortunately for the Bucs, the season ended in the third round of stroke play at the Grayhawk Golf Club as ETSU finished 28th in the field of 30 after a tournament score of 53-over-par (893). The Bucs capped off their final round of action with a 22-over-par (302) performance.

For the third consecutive round, senior golfer Jack Rhea (Jonesborough, Tenn.) led the charge for ETSU with a 4-over-par (74). Rhea jumped to 1-under-par early in his round but a double bogey followed by a bogey on his fourth and fifth hole dropped the veteran golfer to 2-over-par. Rhea would go on to make the turn at 2-over-par (37) before carding an identical back nine that featured two birdies, two bogeys and one double bogey. Overall, Rhea finished the tournament T-56th with a score of 8-over-par (218), narrowly missing a chance to continue his tournament (as one of the low nine individuals not on an advancing team) by one stroke.

Redshirt-freshman Archie Davies (Carlisle, England) put together a final-round score of 4-over-par (74) as well, jumping out to an early birdie to begin his final round. Davies was cruising at 1-under-par until he slipped up with a triple bogey on the par-4 18th hole before making the turn. Davies dropped another shot on the par-4 3rd with a bogey before gaining the stroke back with a birdie on the par-4 6th hole. However, Davies concluded his participation with a double bogey in the final hole to fall into a tie for 130th at 18-over-par (228).

Oklahoma State finished the first three rounds as the only team in red figures, leading the field at 12-under-par (828) after a 6-under-par (274) third round. Top-seeded Oklahoma (+1) and 10th-ranked Arizona State (+2) round out the top three.

Through three rounds of action, the individual leaderboard is led by Oklahoma State’s Bo Jin (-9), followed by Clemson’s Turk Pettit (-7) and a two-way tie for third between Parker Gillam of Wake Forest and Quade Cummins of Oklahoma. Both Gillam and Cummins are 5-under-par for the event.