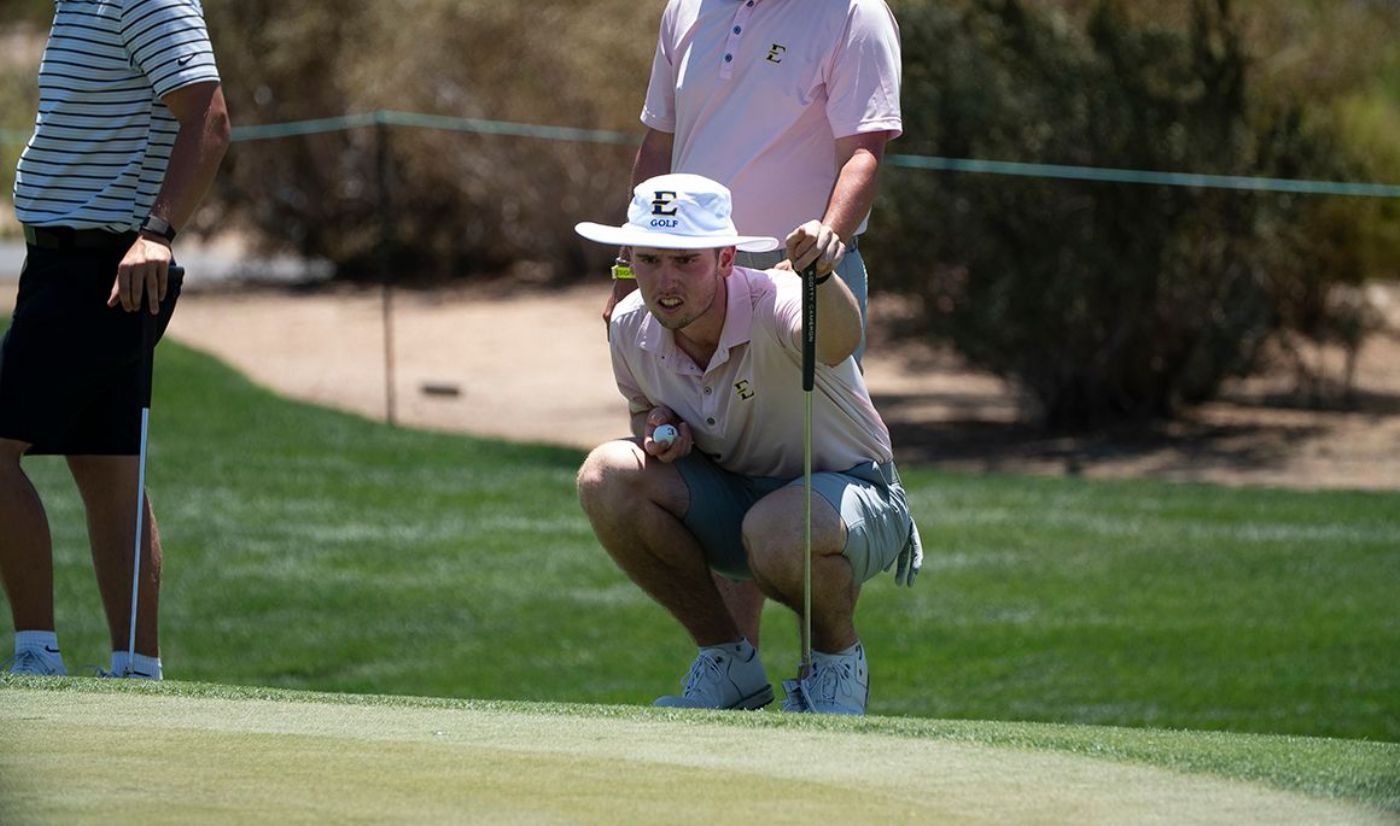 NAIRN, SCOTLAND (June 15, 2021) – ETSU’s Archie Davies (Carlisle, England) advanced into match play at the 126th Amateur Championship as the stroke play portion of the tournament concluded on Tuesday from The Nairn Golf Club in Scotland.

Davies, the Southern Conference Player and Freshman of the Year, finished tied for 30th at 3-over-par 145 (73-72) following 36 holes of stroke play. The Buccaneer red-shirt freshman used a strong finish in Monday’s opening round to post a 2-over 73 as he birdied his final three holes, while he played Tuesday’s second round at 1-over 72, becoming one of the 64 golfers to move into match play. Over the 36-hole stroke play format, Davies collected seven birdies and 20 pars.

ETSU freshman Ben Carberry (Bonnybridge, Scotland) was also one of the 144 players in this year’s field. Carberry finished tied for 85th at 8-over-par 150. Carberry posted a 2-over 73 on Monday, which included an eagle on the par-5, No. 10, but recorded a 77 in Tuesday’s final round to drop him below the cutline.

Scotland’s Matthew Clark won the stroke play event at 8-under-par 134. Clark fired a course record 9-under 62 on Tuesday to move 12 spots atop the leaderboard.

The cutline was set at 6-over-par.

The tournament now moves into match play, which gets underway on Wednesday. Each match will consistent of one round of 18 holes, except the final round, which will be 36 holes of play. Saturday’s final round will also be video streamed live on The R&A’s YouTube and Facebook channels as well as at RandA.org.

Davies will take on England’s Jack Bigham in the first round of match play on Wednesday at 4:26 a.m. ET. Davies is seeded No. 36 in the bracket and Bigham is No. 29. The winner will advance and play the winner of No. 4 Luke O'Neill and No. 61 Jake Whelan Thursday at 3:06 a.m. ET.

As well as earning exemptions into The Open, U.S. Open and by tradition, an invite to The Masters Tournament, this year’s champion will be also given the opportunity to tee it up in an event on the European Tour. Those golfers reaching the semifinals of the championship will be invited to play in a Challenge Tour event.

The first Amateur Championship was held at Hoylake in 1885 where 44 players from 12 clubs contested a series of match play rounds. Former winners include Bobby Jones, Sergio Garcia and José María Olazábal.