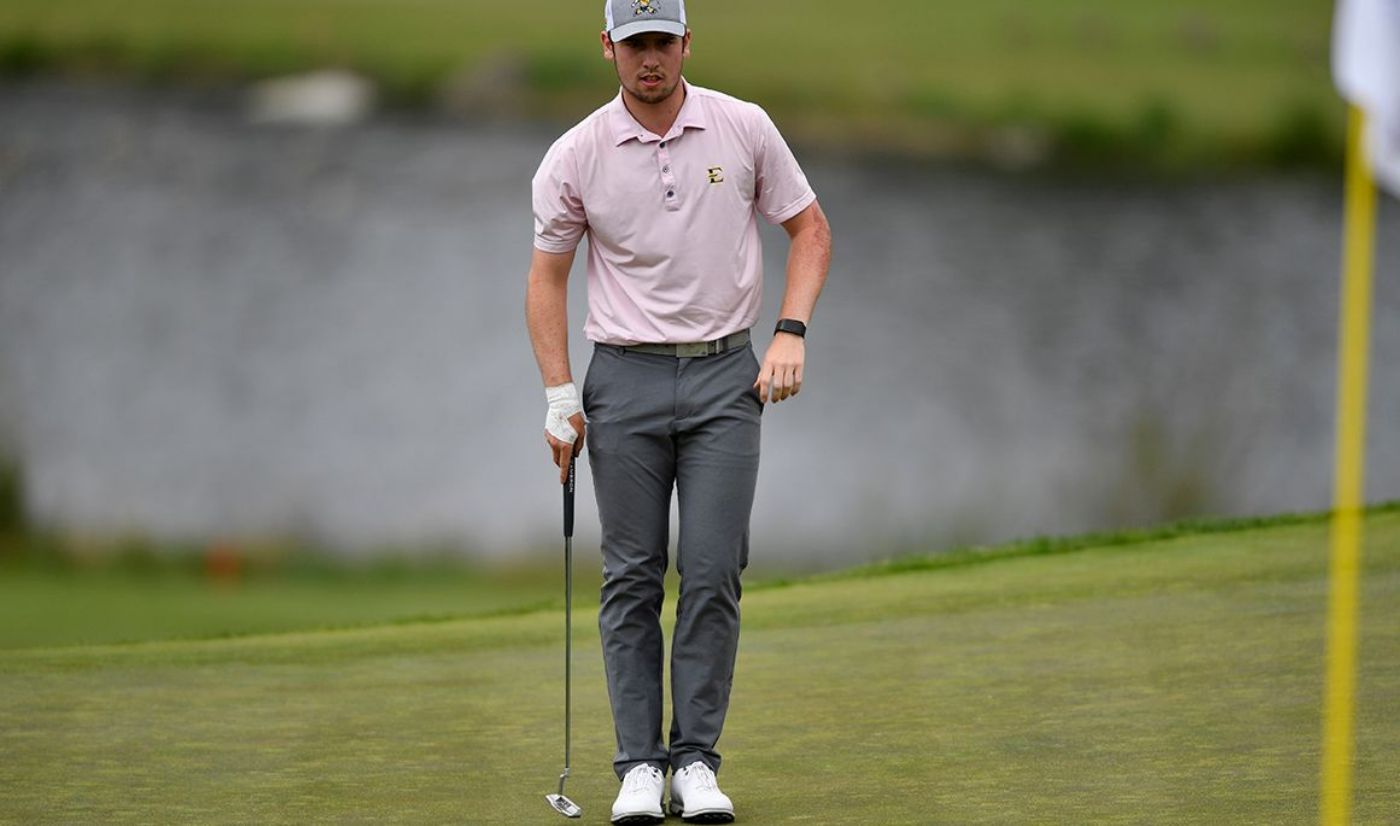 Mats Ege remains near the top of the leaderboard

HARTFORD, Wisc. (Sept. 6, 2021) – Round two of the Marquette Intercollegiate has come and gone and the Bucs have advanced one spot on the leaderboard after posting an 8-under-par (280) second round. ETSU is currently slated 10th on the team leaderboard, while Mats Ege (Kristiansand, Norway) is positioned in a tie for second, just one stroke off the lead.

A familiar face led the ETSU Men’s Golf team on Monday as Archie Davies (Carlisle, England) finished his second round with a 4-under-par (68) to jump 18 spots into a tie for 31st. The redshirt sophomore began his second round on the back nine, carding three birdies and two bogeys to turn at 1-under-par for the day. Davies then put together a flawless back nine where he posted three birdies and six pars, including birdies on his 16th and 17th hole. The England native finished up with a 68 for his 16th career round in the 60s.

Fresh off a career-low 63 (-7), Ege continued to lead the Bucs on the individual leaderboard after posting a 3-under-par (69) to advance to 10-under-par overall. Ege is currently sitting in a two-way tie for second, just one stroke off the lead. The second round began a little rough for Ege with a bogey on the second hole, followed by a double bogey to quickly drop down the leaderboard. The redshirt freshman put the slow start behind him with a birdie on the 14th followed by an eagle on the par-4 15th to climb back to even par. Ege then birdied the final hole on the back nine to crawl into red figures at the turn. The Norway native carried his moment to the front side, recording three birdies in the first eight holes before one final bogey on the ninth to conclude his second round as a Buccaneer with a 69 (-3).

True freshmen Jack Tickle (Bristol, Tenn.) and Algot Kleen (Fiskebackskil, Sweden) provided the final two countable scores for the Bucs. Tickle posted his first collegiate round under par after tallying a 2-under-par (70). The Tennessee product connected for four birdies and two bogeys to climb 18 spots into a tie for 47th. Kleen finished his second round at 1-over-par (73) with three birdies and four bogeys.

Walker Lee of Texas A&M sits atop the leaderboard at 11-under-par, closely followed by Ege and Iowa’s Gonzalo Leal at 10-under-par.

ETSU will compete in the final round of the Marquette Intercollegiate on Tuesday beginning at 10:40 a.m. on hole No. 10. The Bucs will be paired with UC Davis and Notre Dame for the final round.