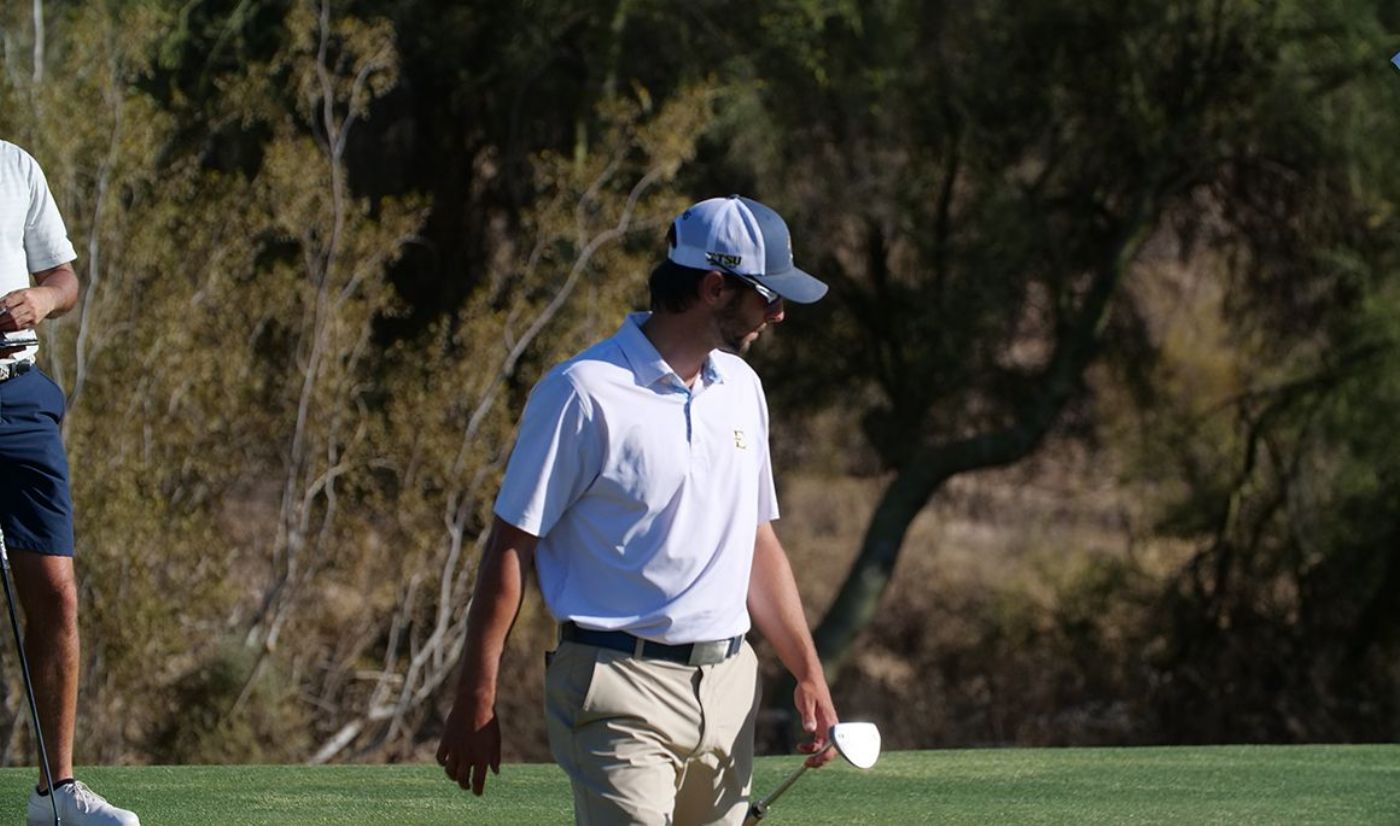 Bucs to tee up at The Honors Course
Related Links

OOLTEWAH, Tenn. (Sept. 19, 2021) – The ETSU Men’s Golf team aims to carry its final-round momentum at the Marquette Intercollegiate into this week’s tournament as the Bucs will compete in the Scenic City Collegiate for the second consecutive season. The tournament will be played at The Honors Course in Ooltewah, Tenn., a course that the Blue & Gold finished runner-up at a season ago.

Buc Nation
The Bucs finished runner-up in the 2020 Scenic City Collegiate and will look to take home the podium this time around. ETSU will be led by Mats Ege (Kristiansand, Norway) who made his ETSU debut at the Marquette Intercollegiate, finishing with a runner-up score of 13-under-par to finish just one stroke behind the leader. Ege was one of only five individuals in the field to fire three consecutive rounds in the 60s.

The Norway native will be followed by Archie Davies (Carlisle, England) and Algot Kleen (Fiskebackskil, Sweden). Davies began his season with a T-12 finish at the Marquette Intercollegiate after combining to go 7-under-par in the final two rounds. Kleen made his collegiate debut with a T-59 finish at Erin Hills with a final-round score of 70 (-2) for his first red-numbered round.

The final two Buccaneers in the field are Jack Tickle (Bristol, Tenn.) and Remi Chartier (Montreal, Canada). Tickle finished T-39 in his collegiate debut at the Marquette Intercollegiate with a pair of sub-par rounds to conclude the event. Chartier will be making his season debut for the Blue & Gold this week.

About the Tournament
The 54-hole event will feature 36 holes of play on Monday with the final 18 holes to be played on Tuesday.

The Field
The 2021 Scenic City Collegiate will feature 15 teams and 75 players. There are eight teams ranked inside the Top 50 with the Bucs being the eighth-highest rated team in the field coming in at No. 39. The defending Scenic City Collegiate champion, UAB, will be ranked No. 36 heading into this week’s event. There will be seven SEC squads in the tournament, including: Vanderbilt (No. 7), Georgia (No. 14), Tennessee (No. 22) and LSU (No. 32). Clemson (No. 10) and Virginia (No. 35) of the ACC round out the squads ranked ahead of the Buccaneers in the Scenic City Collegiate.

According to the latest GolfStat individual rankings (June 4), South Carolina’s Ryan Hall enters the field as the highest-ranked golfer, coming in at No. 13. Hall is the only Top-25 golfer, while the field features four additional Top-50 golfers: Georgia’s Trent Phillips (No. 28), Vanderbilt’s William Moll (No. 34), Ole Miss’ Jackson Suber (No. 48) and Clemson’s Jacob Bridgeman (No. 49).